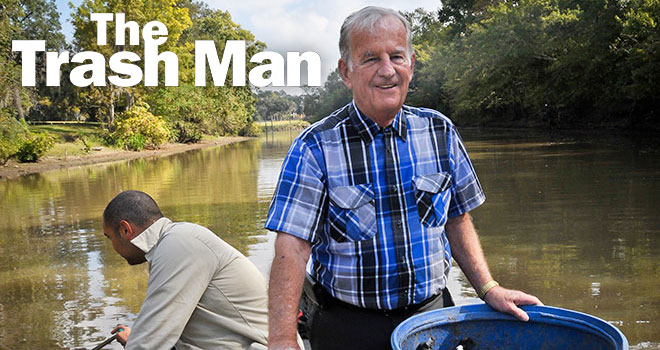 The Vermilion River Alliance has formed to give the waterway new protections in the vein of the Atchafalaya Basinkeeper. 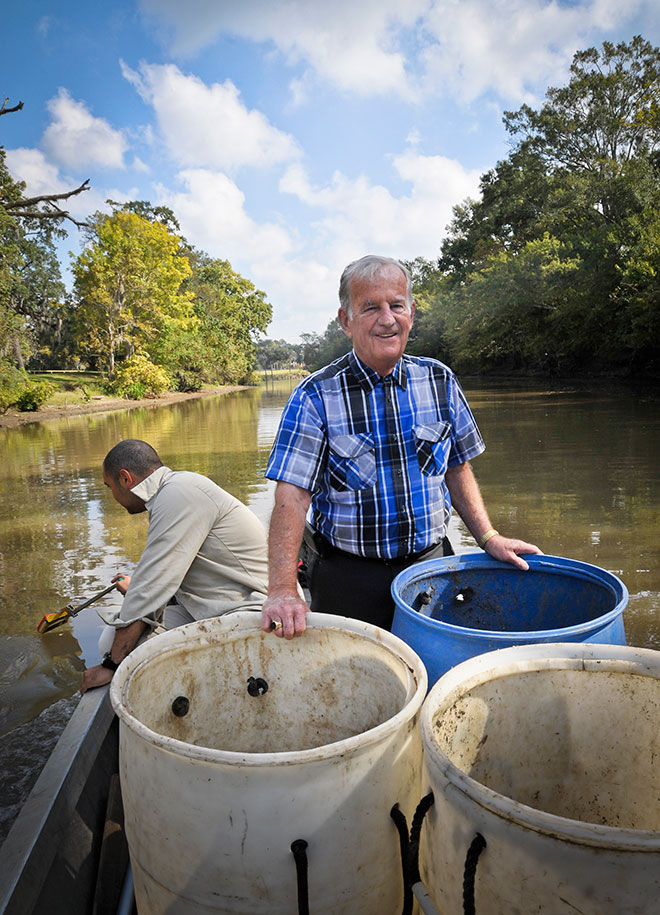 Water quality along and on the Bayou Vermilion has been a topic of concern for Acadiana denizens for years, but now a group has been forged to take the issue head on.

The Vermilion River Alliance was created this summer to expand the efforts of the Bayou Vermilion Preservation Association, which deals mainly with the problems of the Vermilion as they relate to the 35-mile stretch of the river in Lafayette Parish.

The VRA, however, is taking on the entire 75 miles of the Vermilion and the many communities it impacts. The membership of the alliance includes the mayors, parish presidents and police jury presidents of the communities that come into direct contact with the entire Vermilion River. "The reason we've put this together is that we all have the same problems," says BVPA President Charles Wyatt, who is helping spearhead the new VRA initiative. "We as the BVPA are only working within Lafayette Parish, and we wanted to expand."

Currently, the VRA has three main projects. The first is developing a water quality testing protocol that can be used by all entities within the alliance where data can be submitted to a specific location for analysis and long-term planning.
"The plan that we've come up with is a water-quality testing protocol, which will then tell everybody from Arnaudville down to Palmetto State Park how to test water, where to treat it and how to start developing a major database for the entire river," says Wyatt.

The second project the VRA is working on is creating an interactive map of the entire river that would show access and egress sites for the recreational boater along with historical sites. This map would also provide a means for certain investigative personnel to better detect sources of environmental violations along the river.

The third project is to ultimately place mile markers along the river to better facilitate the VRA's other two projects as well as to provide better navigation of the river for everyone, including environmental enforcement authorities.

All materials that enter the roadway sewers will bypass the treatment facilities and go directly into the river and bayou. Therefore, items like leaves, grass cuttings, oils, chemicals and soaps will ultimately end up in the river and create severe ecological pollution problems. But those aren't the only items that end up being pulled out of the Vermilion.

"If there's water coming out of the city, there's basically trash coming that way," says Greg Guidroz, an artisan at Vermilionville. "We've found iceboxes, TVs, sofas, mattresses, kitchen sinks, bathroom sinks, toilets; so pretty much anything and everything you could imagine."

"Apparently it's pretty popular if somebody wants to get rid of a vehicle to put it into the Vermilion River," says Capt. Craig Stansbury with the Lafayette Parish Sheriff's Office.

In fact, it is not out of the ordinary for sheriff's deputies to find more than one vehicle during a search.

"If we're looking for a particular vehicle for whatever reason it would not be uncommon for us to find several vehicles in there, and most of them are listed as stolen," Stansbury says. "And if somebody stole it and dumped it then you're not going to get any type of forensic information off of it because it's been in the water for who knows how long. Some of them could be 15 years."

"What actually happens with the cars is they drive them down the ramp and the car will float down stream before it finally fills with water and sinks," says Guidroz. "So, at Rotary Point, I think we've pulled out five or so. If it exists, we've taken it out of the river."

According to Guidroz, all of the trash in the Vermilion River is cleaned by hand by a small team of bayou specialists. When trash is deposited into the river, it is isolated and contained by boom systems installed at certain points along the river, usually around the coulees where the trash is most concentrated.

When these teams collect trash from the booms they don't actually record the exact number of bottles, cups, cans, etc. Instead, they measure the trash they clean by the number of 55-gallon barrels they fill on each trip down the river.

According to the Vermilionville website, the number of barrels they have pulled out could probably stock a small landfill:

The Bayou Vermilion District works hard year round to improve water quality in and around the Vermilion River. With a staff of seven employees, our bayou specialist team was able to fill over 902 55-gallon barrels with floating debris such as water bottles, soda cans, fast food wrappers, etc. in 2012. In addition to floating debris, the team removed 450 large items, such as couches, mattresses, 55-gallon drums, propane tanks and televisions. Also removed from the banks, coulees and canals that drain into the Vermilion River were 178 automotive and truck tires.

The coulee contributing the largest amount of trash into Lafayette's portion of the Vermilion River is also one of the largest coulees in Lafayette Parish: Coulee Mine, which is located near Rotary Point on West Bayou Parkway.

"Probably 20 to 25 percent of the litter that we actually collect from the booms is collected from that location," says Guidroz. "And that's compared to all of the other coulees that we have boom systems to isolate and contain the trash."
That's not counting the amount of trash that escapes the booms during one of Lafayette's many rain events, which can force enough water to lift the boom allowing a literal raft of trash to escape further down the Vermilion River if Guidroz and his team can't get to it in time.

"It all depends on how much water is coming out of there," says Guidroz. "Sometimes it could build up from nothing to an entire reef a day. A whole reef could go if it hasn't stopped raining by the time we can get out there. So a lot of it gets loose and a lot of it gets on the banks."

And if those trash rafts get past the booms and the bayou cleaners, then they can go straight on into the Gulf of Mexico.
"I guess the buzzword here is that the Vermilion is a hidden treasure, and it's hidden because nobody really pays any attention to it other than driving across the bridge," says Wyatt.

"So when someone throws a beer can over, then it destroys it for everyone else."