This election year is prompting some on the right to begin writing the Tea Party movement's obituary, as others predict a long-expected merger with the evangelical wing of the state GOP. 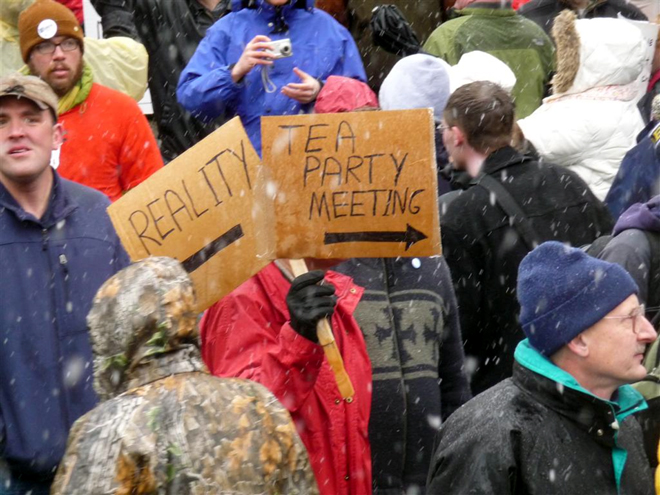 This election year is prompting some on the right to begin writing the Tea Party movement's obituary, as others predict a long-expected merger with the evangelical wing of the state GOP.

To be certain, many of the Tea Party's priorities are intersecting with those of the Christian right this year in Louisiana. Last month in Pride, Tony Perkins, president of the Family Research Council, hosted a rally for candidates who had received endorsements from various Tea Party groups.

Bob Reid, one of the founding members of the Tea Party of Louisiana, said there's definitely something to read into it all.

"We're starting to overlap a lot. We're working closely together," he said. "Our organization has given the Republican leadership four years to take hold of all this and calm down. But it's still a RINO (Republican In Name Only) establishment. We may eventually try to make a big move with the Christian right and start our own party."

Those interviewed, both from inside these factions and detached, aren't so sure about that bold statement. But most were in agreement that times are changing, and very quickly.

Tea Party factions have already been co-opted by religious organizations in other states. Plus, the movement in Louisiana may need an extra boost.

While Maness failed to get the support of the stateside Tea Party groups, he had much more to gain this cycle from national Tea Party endorsements. Like money, which is noticeably absent from the state's Tea Party scene, along with infrastructure and organization.

For example, the national group Tea Party Express financially backed Maness, Dasher and Paul Dietzel in the 6th District. Other groups with like leanings, such as the Senate Conservatives Fund, Madison Project, Club for Growth and FreedomWorks, have been playing in Louisiana as well.

One politico connected to conservative politics said nods from national Tea Party groups are the only kind that matter in this environment.

"The Tea Party in Louisiana peaked in 2010 and they still don't realize it," the source said. "It's on its last legs here. So it makes sense for them to try and combine forces with another fringe group like the Christian right."

Reid countered that the talk is "just bashing and negativity from the establishment."

Still, the Tea Party folks need a big win in Louisiana this year to remain relevant by themselves.

On the other side of this equation, sources close to Christian politics say they are seeing an "evangelical renaissance" in Louisiana that's being fueled partly by interactions with voters who started their activism with the Tea Party movement.

They saw the Dasher campaign, in particular, as the perfect hybrid during the primary. He avoided the kind of guerrilla tactics that can often make traditional Tea Party candidates look hokey, while still pulling down money from the national groups. He has also crafted a hard-right religious message while offering up his campaign as a "melting pot for conservative voters," one campaign source said.