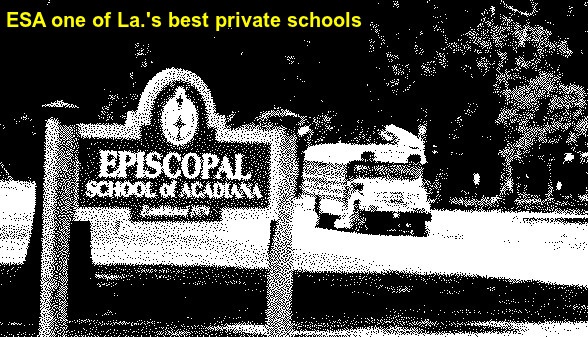 Episcopal School of Acadiana placed among the best private schools in Louisiana in a ranking released Monday by Niche.com. 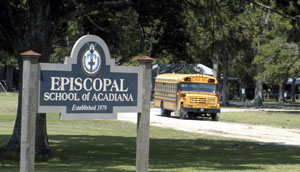 Episcopal School of Acadiana placed among the best private schools in Louisiana in a ranking released Monday by Niche.com.

Private school rankings aren't too common. The reason, according to this assessment of the Niche ranking from NOLA.com:

The Niche ranking, which based its determination of off academics, student diversity and surveys taken by parents and students, examined 4,000 schools across the country, with responses from about 17,000 students, parents and alumni - about five per school.

For Acadiana, one school made it among the state's best, with ESA placing third, behind Metairie Park and the top-ranked Isidore Newman School in New Orleans.

ESA has 498 students split between two campuses in Lafayette and Cade, and an average ACT score of 30.

While we strongly agree with ESA's placement among the state's best, some of the local schools featured further down the list (we won't name names) left us wondering about the methodology used in Niche's ranking system.

Check it out for yourself here.