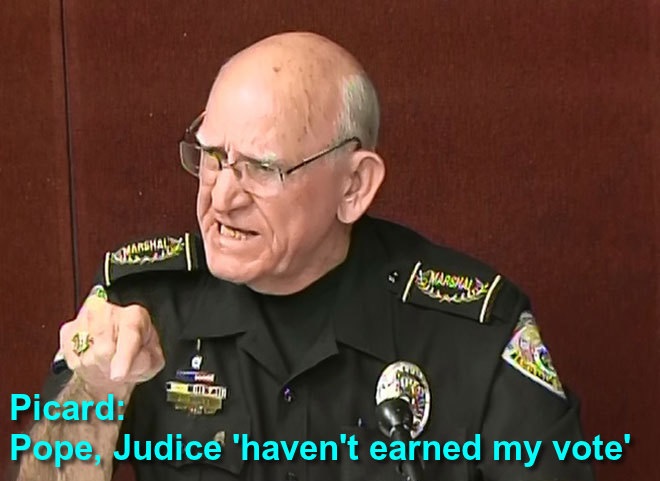 Earl "Nickey" Picard says when the Dec. 6 runoff rolls around to decide who will take his place as Lafayette City Marshal, he won't be voting for Kip Judice or Brian Pope. 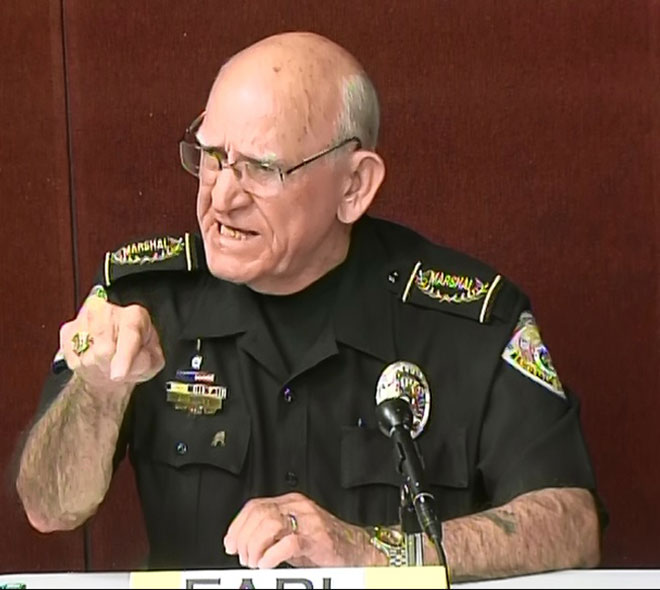 Earl "Nickey" Picard says when the Dec. 6 runoff rolls around to decide who will take his place as Lafayette City Marshal, he won't be voting for Kip Judice or Brian Pope.

In an interview Wednesday with The Daily Advertiser, Picard was initially speechless when asked to comment on the previous night's outcome, which resulted in his first re-election loss in 30 years after he garnered only 24.29 percent of the vote, coming in third overall out of four candidates.

Referencing his longtime right-hand man Brian Pope and longtime Lafayette Parish Sheriff's deputy Kip Judice, the two candidates who are now pitted for a Dec. 6 runoff, Picard says not only won't he be issuing an endorsement, but he won't be voting either.

"I don't think either one of those two should be sitting in that chair," Picard tells The Advertiser. "They haven't earned my vote."

In his three decades, Picard turned the office into a flagship among the city marshal's offices in the state. He was oftentimes the first to embrace technological advancements in law enforcement among the local agencies, repeatedly beating the Lafayette PD and the Lafayette Parish Sheriff's Offices to the punch when it came to equipping his deputies with the latest tools of the trade, Yet, for Picard, the one issue that may have resulted in Tuesday's defeat had nothing to do with his handling of the job and everything to do with his age. Throughout the campaign, the 83-year-old Picard pointed it out as the one exploitable factor being used by his opponents. And based on Tuesday's election results, it appears to have worked.

"I did my job, so I wasn't elected," continues Picard in his interview with The Advertiser. "When I lock these doors on December 31, I ain't coming back. I'm going to my house."

Though Picard definitely made his mark on the local law enforcement scene, the voters spoke Tuesday and even though it's still a toss-up on who will become his successor, one thing is clear: the Lafayette City Marshal's office will soon be entering a new era.

For more on this race click here, here and here.