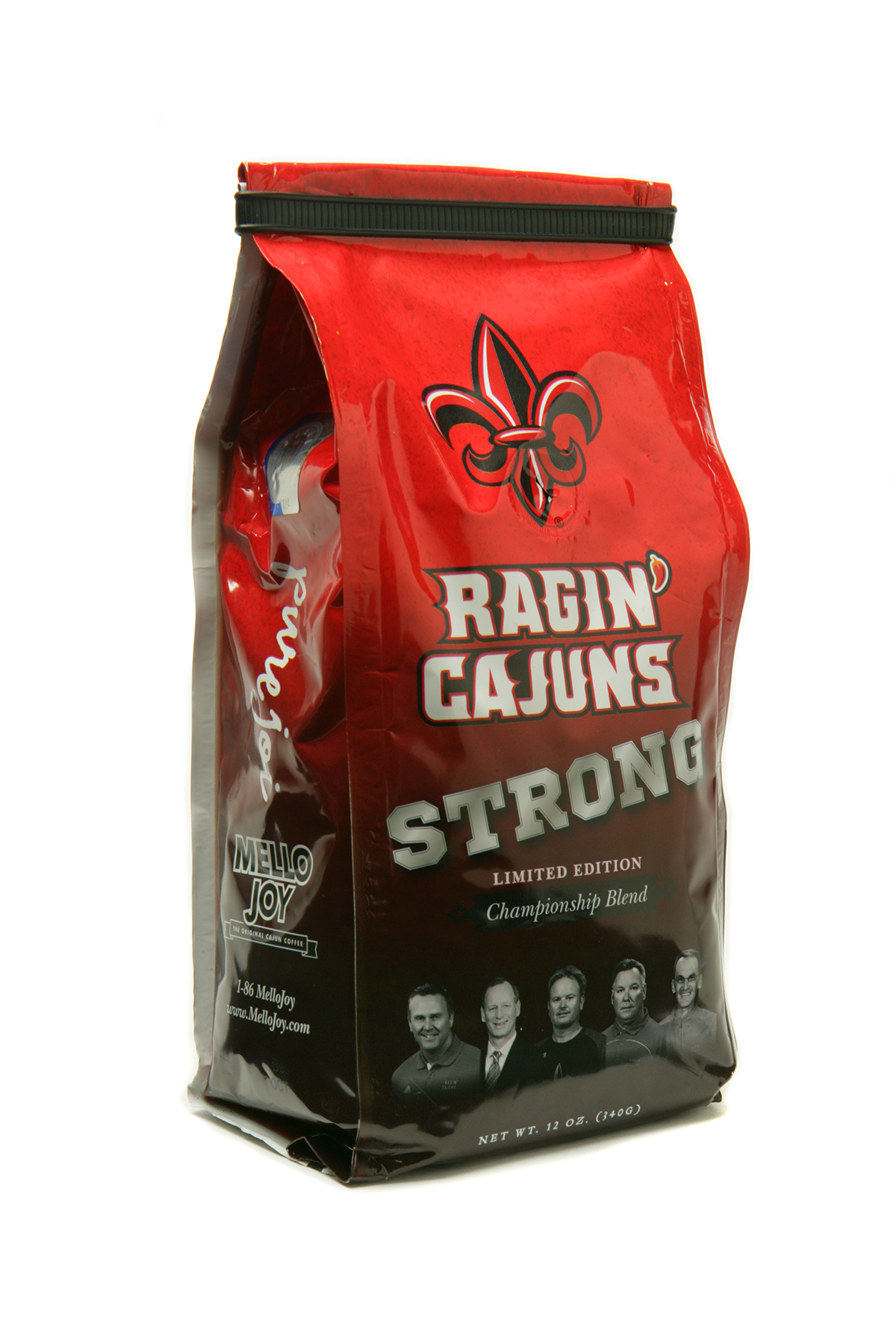 "It's an inventive way we can promote our brand, and another way our fans can celebrate their Ragin' Cajun pride," Matt Tarver, UL's brand manager, says in a press release.

Mike Gregory, Mello Joy president and general manager, says in the release that the idea for a commemorative bag of coffee came shortly after the baseball team's season ended in June.

The team had one of the best seasons, of any sport, in university history. It was ranked No. 1 nationally for much of the spring and early summer, and posted the best record in college baseball, 58-10. Seven Ragin' Cajuns players were selected in the 2014 Major League Baseball draft.

"I have a friend who has a coffee company in Nebraska, and he had done a special bag for the Nebraska Cornhuskers. I thought it was really, really cool, and that we out to try to do a commemorative bag for UL," Gregory says.

The baseball team's stellar season capped a year of success in several other sports.

The football team won its third consecutive R+L Carriers New Orleans Bowl in December. The men's basketball team earned a berth in the NCAA Tournament in March. The men's tennis team won the Sun Belt Conference Championship in April. The softball team made the school's sixth appearance at the Women's College World Series in May.

The company began distributing it on Nov. 3. It's being sold by local retailers, including the university's Red Zone Team Shop and its bookstore.
Large retailers such as Albertsons and Rouses and smaller grocery stores also carry the coffee, and it is available in specialty stores that sell Ragin' Cajuns apparel.