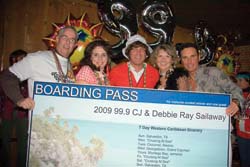 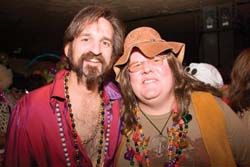 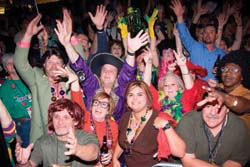 Polyester, live music and a little liquor have one thing in common — let the competitions begin! Ever since I went to my first Polyester Power Hour Party I have been a sucker for ’70s costumes and boogying down. Outdoing my costume each year has been a difficult task when half of Lafayette rents costumes every year at the same time. Luckily Party Girl always has a back-up plan. The PO-HO — as the 99.9 KTDY crew calls it — always takes place on the Friday before Mardi Gras at NiteTown downtown. The KTDY ’70s Retro Extravaganza packed the house. Live music was provided by Krossfyre and special guest Connie Garrett doing her famous Tina Turner Tribute. NiteTown was transformed into a ’70s disco-hippie wonderland, and highlights of the evening included a Polyester Power Hour ’70s Costume Contest. The Grand Prize was a Travel Machine Cruise for two funkadelic people to travel on the CJ & Debbie Ray Sail-away 2009 aboard the Royal Caribbean Voyager of the Seas — oh, I am so there! Mitch and Karen Trahan won the contest dressed as Gilligan and Mary Ann from the TV show Gilligan’s Island. The couple accessorized with a small white transistor radio (like the Skipper had) transformed into an mp3 player that played the Gilligan’s Island theme song. Ginger, the Professor, the Howells and an SS Minnow Life Preserver were also included in the festivities. KTDY personalities CJ Clements, Debbie Ray, Steve Wiley, JayCee, Shelley Lynne and special guest Bernadette Lee greeted “Poly Po Ho” fans from the stage, throwing T-shirts and collectible Mardi Gras beads from Beads Galore into the crowd. No one should miss The Polyester Power Hour Party; this is a place to throw back your hair and strut your groovy stuff! Party Girl will catch you on the flip side; can you dig it?

Switching gears to a more subdued setting I ventured to Grant Street on Thursday, Feb. 21, to hear and witness the soulful melodies of the subdudes. This intimate evening was part of Louisiana Crossroads’ Season 8 lineup. Grant Street overflowed with more than 350 guests, resulting in a sold-out performance for the Crescent-City-by-way-of-Colorado quintet. The V.I.P. party was held right before the show, and it was the perfect time for Party Girl to rub elbows with all the socialites in town. And besides Party Girl had to get a good seat! Among the guests there were Ann Savoy, Jim McGehee, Ed and Elaine Abell, Jerry Ramsay, Steve Pruett and Paula Pruett. I also spotted Greg David of the Louisiana Campaign for Tobacco-Free Living handing out lots of smoke-free schwag! Don’t miss Louisiana Crossroad’s season finale on March 14 (featuring Sue Foley and this week’s cover girl Barbara Lynn) at Grant Street Dancehall. Party Girl wouldn’t miss the finale for the world! Party On! — PG 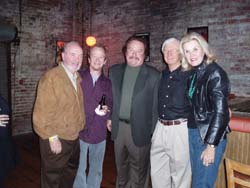 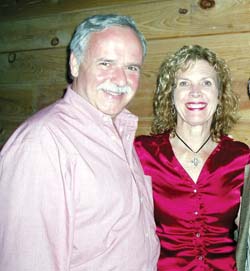 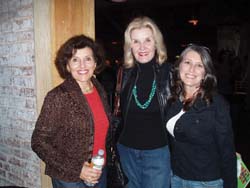 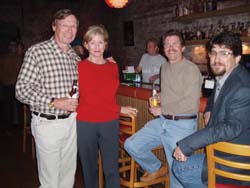