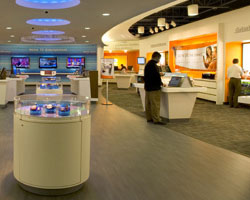 AT&T says it will add 76 new cell sites throughout Louisiana, at a cost of nearly $104 million, before the end of 2008. The world's largest telecommunications company will also roll out higher speed networks in Lafayette, Shreveport and Lake Charles. The 3G wireless broadband network has already been in place in Baton Rouge and New Orleans since 2006.

AT&T Louisiana spokesperson Sue Sperry says Lafayette is also in line to get the 14th Experience Store in the nation "a new interactive retail concept" to open April 4. The only other such store between Houston and Atlanta was recently opened in Baton Rouge.