A new study analyzes the state of the Lake Charles region and the impact 19 industrial projects will have on residents.

Officials in Lake Charles have known for some time now that big business was coming to their region, but a new impact study released at the end of October really hit home. Numbers like 22,000 new residents, 13,000 new jobs and a 45 percent increase in traffic congestion stand out, while residents voice their concerns about education, housing and quality of life.

Funded by Sasol Ltd., the Southwest Louisiana Impact Study was conducted over the past nine months by Baton Rouge firm CSRS, which interviewed more than 150 people, from public officials to community leaders and small businesses. "If there was a theme to this study, it's clear we need to think more regionally and less parochially," says Calcasieu Parish Administrator Bryan Beam. "If ever there was a time for Southwest Louisiana to think big, this is it. This is not an incremental study, this is a true look at our region and what it is going to take to not only meet the demands, but to thrive and prosper."

Beam is also part of the Growth Opportunity or "Go" Group coordinating efforts through five parishes and 10 different task forces. The group's committees include everything from transportation and education to public safety and housing, and areas analyzed in the study follow suit with sections on transportation, schools, health services, utilities, emergency services, environment and regulations relative to land development.

An initial growth forecast notes the region added very few jobs from 2001-2012 in contrast to a five-year projected growth rate of 4.7 percent from 2014-2018. That rate would place Southwest Louisiana among the national leaders for employment and population growth and add 22,000 new residents by 2019. 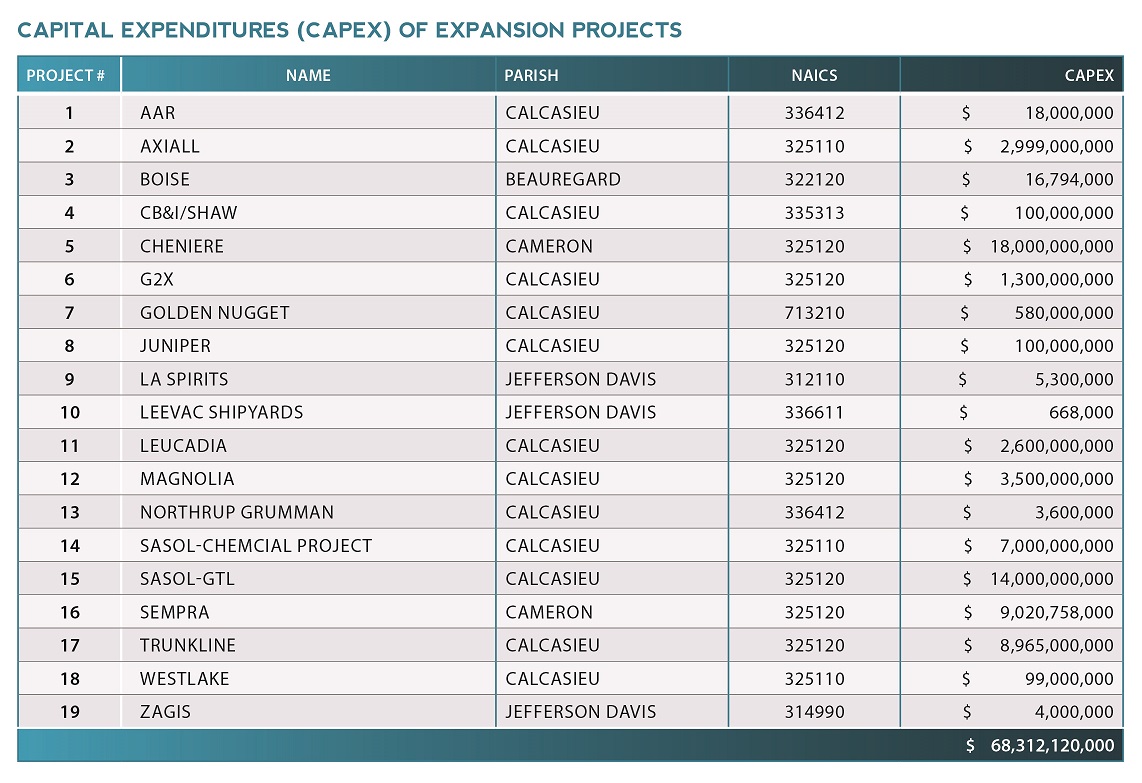 "Jobs, transportation and housing are all expected to grow a great deal in a short period," says Beam. "Those rise to the top. Longer term, it's more structural changes that we need to make as a community to try to maximize this great opportunity."

While a separate study on housing is expected in the new year, this one did shed some light on how prepared the parish is to accommodate an influx of workers in the short term. Hotel rooms, campground sites and worker villages will meet some of the demand, but not all. Currently, a temporary housing shortfall of 11,500 units is predicted. With just two worker villages announced so far - housing 6,500 workers - it's evident more will be needed. Beam says two more villages are being evaluated, even though residents have concerns about the safety and impact of these villages on the community. "If done well, it's a much better option than having thousands of workers spread all over and living 10 to a house," he says.

Another concern identified in the study is that self-contained worker villages would have no positive impact on the local economy. Small businesses in general also expressed doubts about being able to compete in a larger marketplace and fear of being left out of  the expected "boomtown" situation. Vendor Vet, a registration database to  help small businesses connect with industry needs, is in place, but Beam says this is an area of focus to "make sure that our local small businesses are getting concrete information about all the developments."

Downtown and North Lake Charles are identified as key areas ripe for growth, and Beam says having a strong core to the five-parish area is paramount. Quality of life was second only to education in the top priorities of those interviewed, and residents expressed a desire for more restaurants, shopping and cultural activities, while at the same time maintaining a sense of community.

"We need to look at quality of life issues on a deeper level," says Beam. "Whereas maybe 30 or 40 years ago somebody having a good job was enough to attract them here. Now, they're going to be asking how the schools are for their kids, are there options to do things recreationally, culturally.

That came through in a loud way in these interviews and affirms you have to look at more than just people having employment." 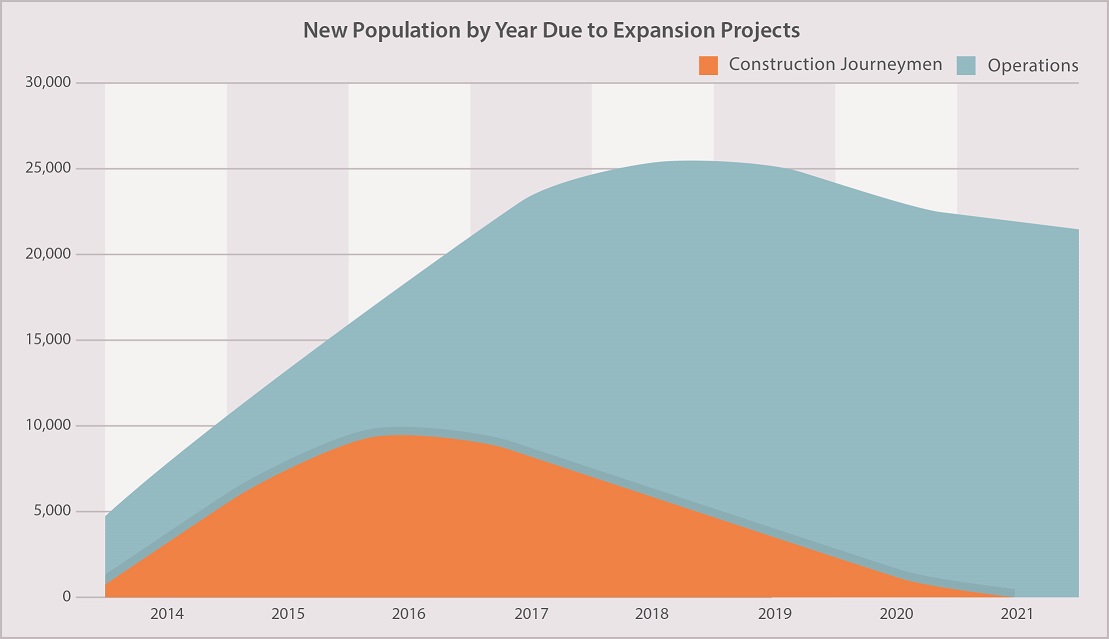 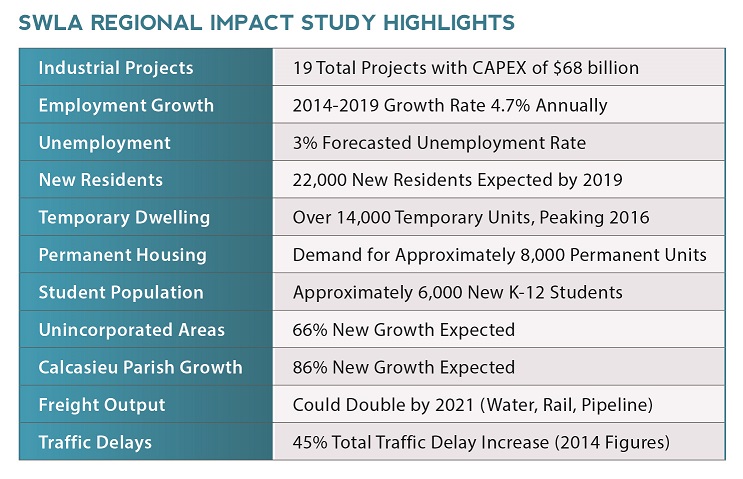 Although 86 percent of growth is expected in Calcasieu Parish alone, officials like Beam know they can't manage without the help of the surrounding parishes all the way into Acadiana. "Outlying parishes are critical," he says. "There's no question that we have to act as a region. We're all Gulf coastal, the energy industry is strong in each area, so we're going to continue to foster those relationships. Both areas will benefit from this."

With about 350 pages of data to go through, the Go Group is still digesting the magnitude of this study, but Beam says the next few weeks will be spent developing a vision and structure for moving forward on high-priority issues. The public can look forward to more community meetings and opportunities to contribute ideas, time or leadership skills.

"Exciting times are ahead for Southwest Louisiana, and our people will rise to the occasion," Beam concludes.

A copy of the study is available for download here.