The deal, if approved by the council on Tuesday, would shore up funding for an interstate-grade interchange at Verot School Road and Highway 90.

The City-Parish Council will vote Tuesday on an ordinance for final adoption that would lead to the transfer of a portion of Ridge Road from the state Department of Transportation & Development to the city of Lafayette. The goal of the ordinance is to fund the future construction of an interstate-grade interchange at the intersection of Verot School Road and Highway 90 for the far-off day that 90 is upgraded to Interstate 49-South. The stretch of Ridge at issue runs from Johnston Street to the roundabout at Rue de Belier.

By taking control of (and financial responsibility for) Ridge, the city would receive just under $821,000 in a road transfer credit from the state, which would be set aside for the work on the Verot/90 interchange. Tuesday's vote will come closely on the heels of a unanimous vote on Nov. 4 in favor of the city taking over a stretch of Verot from Ambassador Caffery Parkway to Pinhook for a future widening from two to four lanes. That road acquisition will net the city a $3.3 million road transfer credit, which is a small portion of the estimated $25 million cost of widening Verot. 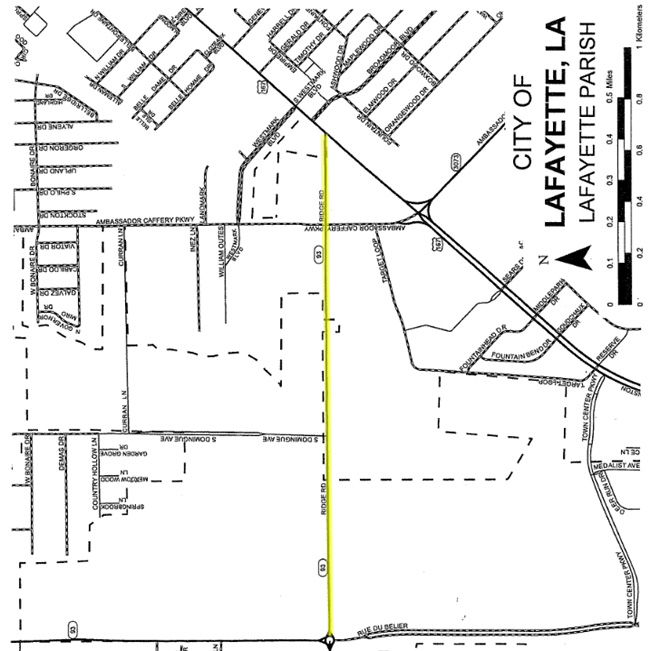