The time since the literacy test was issued - 50 years - represents nearly a fourth of our country‘s history, and it‘s that narrow timeframe that keeps the legacy of this document alive. 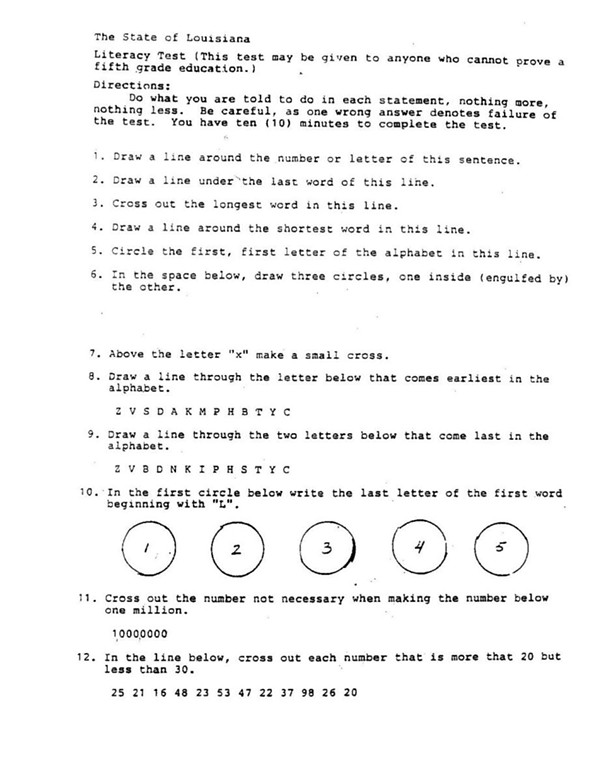 The image above is of a literacy test giving to African-Americans who registered to vote in Louisiana back in 1964. Look at it closely for five minutes. Can you answer all 12 questions correctly? If you can, congratulations. You‘d only have to answer every question correctly on three more pages in the five minutes or else you wouldn‘t have been able to vote.

If that seems like an unreasonably hard requirement to fulfill in order to exercise what it supposed to be your constitutional right, you‘re not wrong. As it turns out, you could be a student at one of the world‘s most prestigious universities and still not be able to pass the test. Via the Daily Mail (click the image below), we have this video of several Harvard students taking the literacy test, and everyone failed. 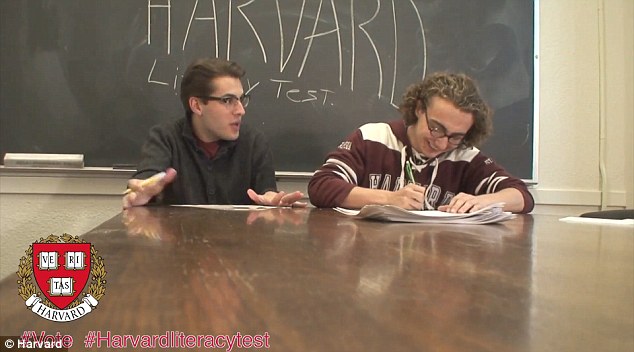 "It‘s shocking to think who‘s still alive ... who had to go through this to vote," one student says.

One of the most overlooked aspects of American history is just how recent everything was. The time since this literacy test was issued - 50 years - represents nearly a fourth of our country‘s history, and it‘s that narrow timeframe that keeps the legacy of this document alive.

History is nothing without context and it shouldn‘t be overlooked just how much remarkable progress has been made across the world in the past century. At the dawn of the 20th century, universal suffrage and democracy as we know it didn‘t exist on Earth. At all. How nuts is that? For whatever reason, there are people who prefer the practices of the 19th century and, thanks to those brainiacs at Harvard, we can see just how antiquated those beliefs are.