The Baltimore Ravens‘ retooled secondary had no trouble against a rookie quarterback at home. This week, however, their task is far more challenging: stopping Drew Brees on the road in New Orleans. 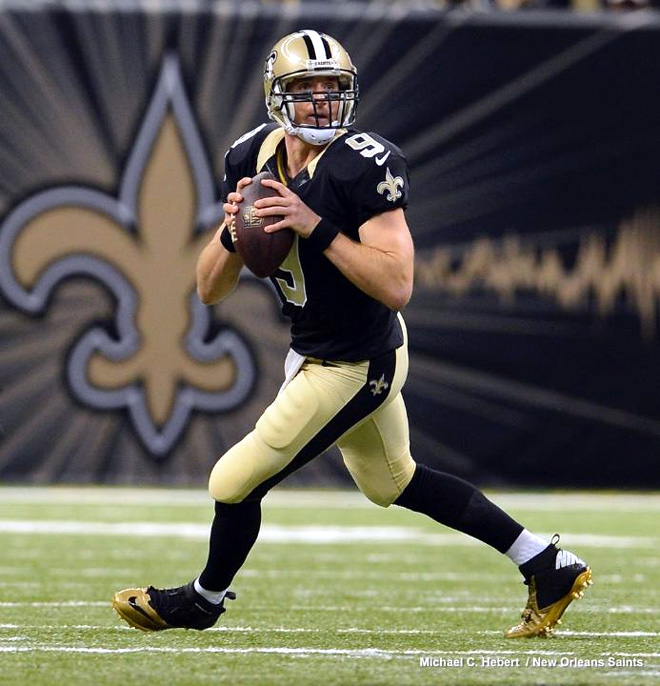 OWINGS MILLS, Md. (AP) - The Baltimore Ravens‘ retooled secondary had no trouble against a rookie quarterback at home. This week, however, their task is far more challenging: stopping Drew Brees on the road in New Orleans.

Brees leads a New Orleans offense that continues to be one of the league‘s best. This year, he has thrown for 3,071 yards and 19 touchdowns in the first 10 games.

Brees "is very unique as a quarterback," Ravens coach John Harbaugh said. "He‘s one of a kind. (It is) going to be a big challenge for us."

The Ravens shook up their secondary before their last game, a 21-7 victory over Tennessee and rookie quarterback Zach Mettenberger on Nov. 9. Anthony Levine got his first start at cornerback, and Danny Gorrer - re-signed earlier in the week after being released by Detroit - saw plenty of playing time and contributed an interception.

Lardarius Webb started at the other corner, and Will Hill began the game at strong safety for a second consecutive game as Matt Elam‘s playing time has decreased in recent weeks. Darian Stewart continued starting at free safety, but rookie Terrence Brooks helped in passing situations there.

The group kept Mettenberger and the Tennessee passing attack under control, but facing Brees will be another story. The Ravens come into this game ranked 21st in the NFL in pass defense while New Orleans ranks third in the league in pass offense.

"We know what we‘re up against," Gorrer said. "The (last game) definitely gives the back end a whole bunch of confidence, but that game is behind us now. We‘re getting ready to face a Hall of Fame quarterback, and we‘ve got to rise up to the occasion."

The Ravens know that Brees is dangerous in several ways. He can make very accurate throws but can also find a way to make plays by moving around in and out of the pocket.

Plus, the Saints have several good receivers, including 6-foot-7 tight end Jimmy Graham. Brees is good at finding the open man and will test the secondary on Monday night.

"We definitely have to come to play," Stewart said. "He does a good job extending plays with his feet. He‘s good at spreading it around."

The changing of secondary came because the Ravens have struggled there all season. They recently lost top cornerback Jimmy Smith (foot surgery) for the year, and Webb started slowly after missing the whole pre-season and the first two regular season games with back problems.

The Ravens now are hoping the secondary can play more like they did in the win over Tennessee and find some consistency in the season‘s final six games as they fight for the AFC North title and/or a playoff spot.

"We know what we‘re capable of," Stewart said. "We just have to take it from week to week and get better every week."