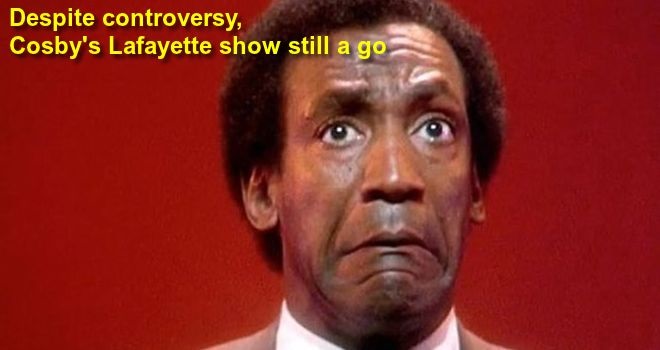 With a growing number of alleged sexual assault victims coming out against Bill Cosby in recent weeks, upcoming projects have been canned by NBC and Netflix, but that won't affect the once-loved comedian and actor's scheduled performance in Lafayette. 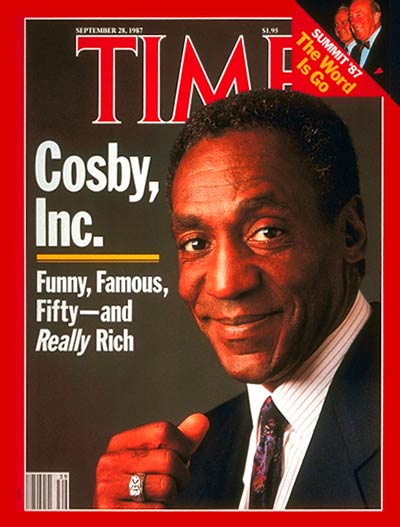 With a growing number of alleged sexual assault victims coming out against Bill Cosby in recent weeks, upcoming projects have been canned by NBC and Netflix, but that won't affect the once-loved comedian and actor's scheduled performance in Lafayette.

Thirteen women have now publicly accused Cosby of sexual assault and rape, with most of their stories sharing a similar thread: That after meeting for career advice with the man who made Heathcliff Huxtable a household name, they were drugged and then violently raped.

The newest allegation comes from Joan Tarshis, who took to CNN recently to detail an encounter with Cosby in 1969, saying "He made me a drink and very shortly afterward I passed out. I woke up very groggily with him removing my underwear."

Like Tarshis, most of the allegations involve encounters tracing back decades. But for Andrea Constand, that wasn't the case. Like Tarshis, she too met with Cosby for career advice in 2004. Her story also involves being drugged and then sexually assaulted by the man once known as the ideal "All-American dad." Constand is one of the few allleged Cosby victims to take her story to the authorities, though the case was never pursued by the local district attorney's office. Yet, according to Bruce Castor, the prosecutor who looked into the case, the decision not to pursue charges is by no means an indication of Cosby's innocence.

Here's a statement Castor issued on why he didn't pursue the case:

I didn't say he didn't commit the crime. What I said was there was insufficient admissible and reliable evidence upon which to base a conviction beyond a reasonable doubt. That's prosecutors speak' for I think he did it but there's just not enough here to prosecute.'

Cosby was given a chance to comment on the renewed allegations during an interview with Scott Simon of NPR's Weekend Edition Saturday. Here's a transcript of their exchange (listen to it here):

SIMON: This question gives me no pleasure Mr. Cosby, but there have been serious allegations raised about you in recent days.

SIMON: You're shaking your head no. I'm in the news business. I have to ask the question. Do you have any response to those charges?

SIMON: Shaking your head no. There are people who love you who might like to hear from you about this. I want to give you the chance.

And the story keeps spreading, as other the accounts of other victims have been featured in the Washington Post and the New York Times.

And for Cosby, the situation has only worsened as the resurfaced allegations prompted Netflix on Wednesday to postpone his Thanksgiving stand-up special that had already been recorded and produced for the upcoming holiday. NBC also issued an announcement Tuesday that it was scrapping its Cosby sitcom. Both companies have refused to comment on the moves.

Amid all the scandal, Cosby's upcoming stand-up tour, however, is still a go, including a February 27 appearance in Lafayette at the Heyman Center.

According to Heyman Center venue administrator Dennis Skerrett, as of now, the show is on. Asked whether the recent scandal had affected ticket sales or prompted calls for refunds, Skerrett tells The IND he can't comment, saying "I can't discuss ticket sales until after an event, and I've been told the official comment from the Cosby tour is no comment."