The Ethics Board gives the lame duck Youngsville mayor permission to offer a sweet parting gift to the community he's presided over for three terms. 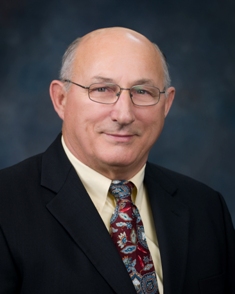 Outgoing Younsville Mayor Wilson Viator will donate a right-of-way and pay the cost himself of installing sewer lines on about 2,500 feet of land he owns so the city can take advantage of state funding left over from the Chemin Metairie Parkway construction project. Viator got the OK to make the donation in an advisory opinion issued by the Louisiana Board of Ethics on Friday.

The back story: Youngsville built Chemin Metairie Parkway in part with a $12.1 million grant from the state and had $500,000 left over when the road construction was completed. Thanks to an amendment in the last legislative session, the city could use the leftover money for other infrastructure projects instead of turning it back over to the state. The city chose to use the remaining funds to run sewer lines along Chemin Metairie to accommodate future development, but in order to do so it would have to run an additional sewer line roughly 6,400 feet to an existing sewer pump station belonging to the city. This detour required cutting through almost 4,000 feet of land owned by Young's Industries, with the rest running through land owned by Viator. Both the mayor and Young's Industries agreed to not only donate the rights-of-way for the line to the city but to also share the $150,000 installation cost.

The city, in a request for an advisory opinion from Ethics, characterized the project as critical to the future of Youngsville, not only for the anticipated development along Chemin Metairie, but also because the sewer upgrade would connect to land owned by the Lafayette Parish School Board where a new high school is slated to be built at some point in the future.

But there was just one hitch: Louisiana Revised Statue 42:1113A (1) (a), which "prevents a public servant or a member of a public servant's immediate family, or legal entity in which he has a controlling interest from bidding on or entering into any contract, subcontract, or other transaction that is under the supervision or jurisdiction of the agency of such public servant." Hence the request for an advisory opinion.

Ethics attorney Brett Robinson, in a letter to Youngsville city attorney George Knox, informed the city that since Viator is donating the land and paying for part of the cost of running the sewer line to the pump station, state ethics law would not be violated.