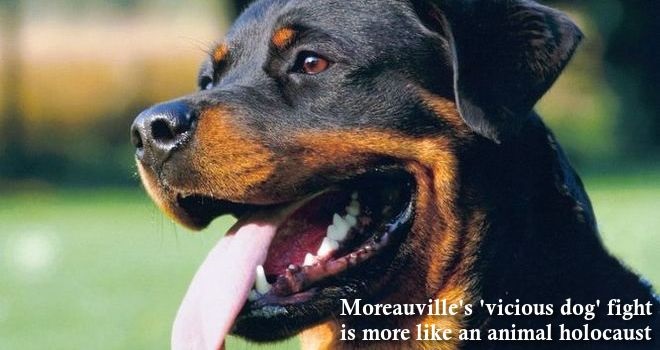 After Thanksgiving, the small town of Moreauville plans to confiscate and kill all rottweilers and pitbulls, including a service dog. 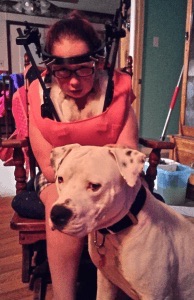 On Oct. 13, the town of Moreauville, a small and sleepy community of less than 1,000 people located in the heart of Avoyelles Parish, enacted one of the most draconian and arbitrary ordinances against so-called "vicious dogs" in the entire country. If the town follows through on its promise, as it has indicated, it will confiscate each and every rottweiler and pitbull living in family homes, and unless the family suddenly finds others to adopt those dogs in other cities, Moreauville will kill those family dogs within 30 days.

Perhaps not surprisingly, a petition opposing Moreauville‘s ordinance, which is almost assuredly unconstitutional, has already attracted 70,000 signatures, and yesterday, CNN broke the story on both its national and international news websites. Indeed, people from all over the country and the world are outraged by Moreauville‘s decision to confiscate and kill these family pets, regardless of the animal‘s disposition, intelligence, and affection, and regardless of the service those dogs may provide to their physically and mentally challenged owners. One of those dogs scheduled to die is Zeus. Brooke Buford of the local NBC News affiliate reports (bold mine):

O‘Hara Owens is trying to spend as much time as she can with her beloved pit bull, Zeus, before the village she lives in promises to take him away from her and dispose of him on December 1.

"If anything ever happened to him, I would just shut down," she said.

O‘Hara suffers from severe neck problems and has been forced to wear a halo brace and use a wheelchair.

She says Zeus acts as a sort of "therapy dog," providing love and support for her and her other brothers and sisters.

"I can sit here if I‘m in pain, he comes and he notices it before I even make any noise," she said.

But, Zeus has been blacklisted as a "vicious" breed in Moreauville.

Zeus, by all accounts, has a spotless record. He‘s considered "vicious" merely because of his breed. 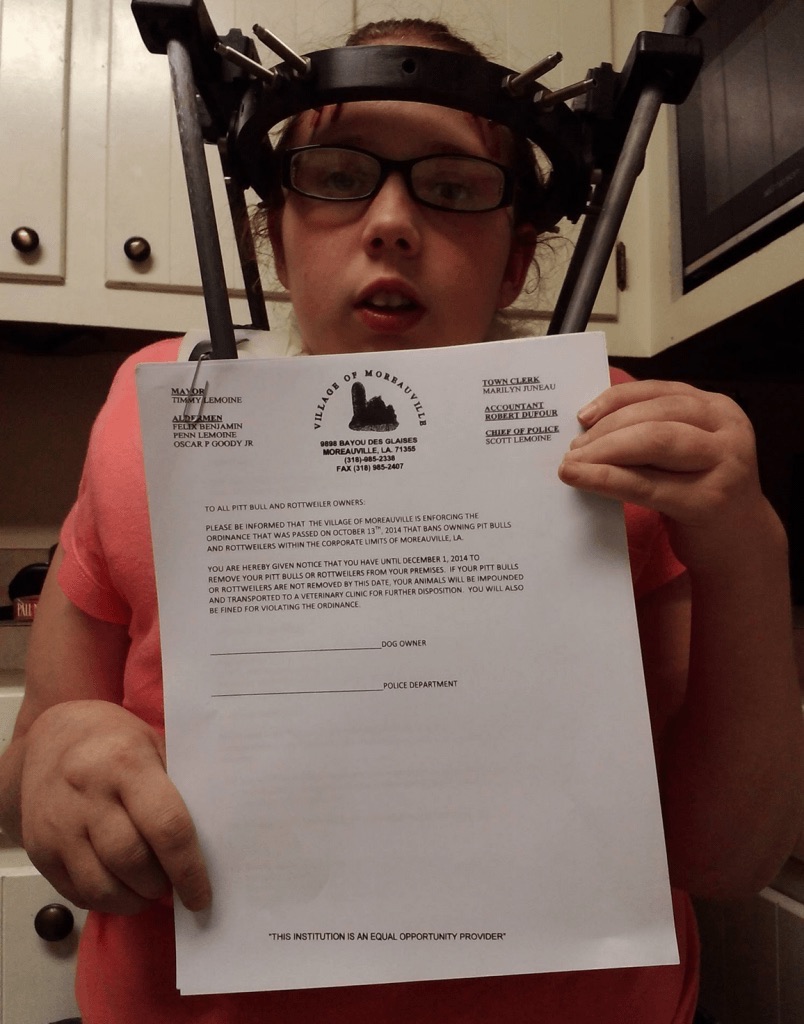 Zeus‘s owner holding up the demand letter she received from Moreauville.

TO ALL PITT BULL AND ROTTWEILER OWNERS:

PLEASE BE INFORMED THAT THE VILLAGE OF MOREAUVILLE IS ENFORCING THE ORDINANCE THAT WAS PASSED ON OCTOBER 13TH, 2014 THAT BANS PITT BULLS AND ROTTWEILERS WITHIN THE CORPORATE LIMITS OF MOREAUVILLE, LA.

Again, it‘s worth noting that no one had ever complained about Zeus. In fact, there isn‘t a single documented dog bite case in the entire town. Quoting again from Brooke Buford‘s report on KALB (bold mine):

"We had several residents that were complaining about not being able to walk along the neighborhoods because these dogs were basically running along town," Lemoine said in a phone interview.

We asked Lemoine about dog attacks

"There have been, but I don‘t think they‘re documented," he said.

And, if they plan to kill the dogs they collect on December 1

"I‘d rather not elaborate on that," he said.

"Is that what it is? Are you going to kill the dogs?" asked reporter, Brooke Buford.

Lemoine told us he owns a German Shepard. But, he only considers pit bulls and Rottweilers as "vicious."

He also says what the town is doing is completely legal.

It is worth noting that according to the CDC, German Shepards are considered the third most vicious breed in the world, though rankings like these have recently come under growing and intense scrutiny by animal rights activists, veterinarians, and scholars. Quoting the National Canine Research Council (bold mine):

There is no evidence from the controlled study of dog bites that one kind of dog is more likely to bite a human being than another kind of dog. A recent AVMA survey covering 40 years and two continents concluded that no group of dogs should be considered disproportionately dangerous. Additionally, in a recent multifactorial study published in the Journal of the American Veterinary Medical Association on the exceptionally rare events of dog bite-related fatalities, the researchers identified a striking co-occurrence of multiple, controllable factors in these cases. Breed was not identified as a factor.

For dog owners like myself, dogs can become a part of your family. But, of course, for the purposes of the law, we treat dogs as property. Still, the right to property is fundamental in our constitution, and laws that deprive citizens of their own property cannot be arbitrary or capricious. You can‘t simply confiscate and kill someone‘s dog without affording them due process and a hearing, and Moreauville‘s ordinance effectively denies that opportunity. This just doesn‘t pass muster:

After all, why isn‘t Alderman Lemoine‘s German Shepard also irrefutably presumed to be dangerous?

Update: In a statement posted Sunday on Facebook, the Veterinary Clinics of Avoyelles Parish announced that they will not comply with Moreauville‘s ordinance. 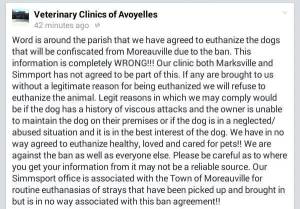