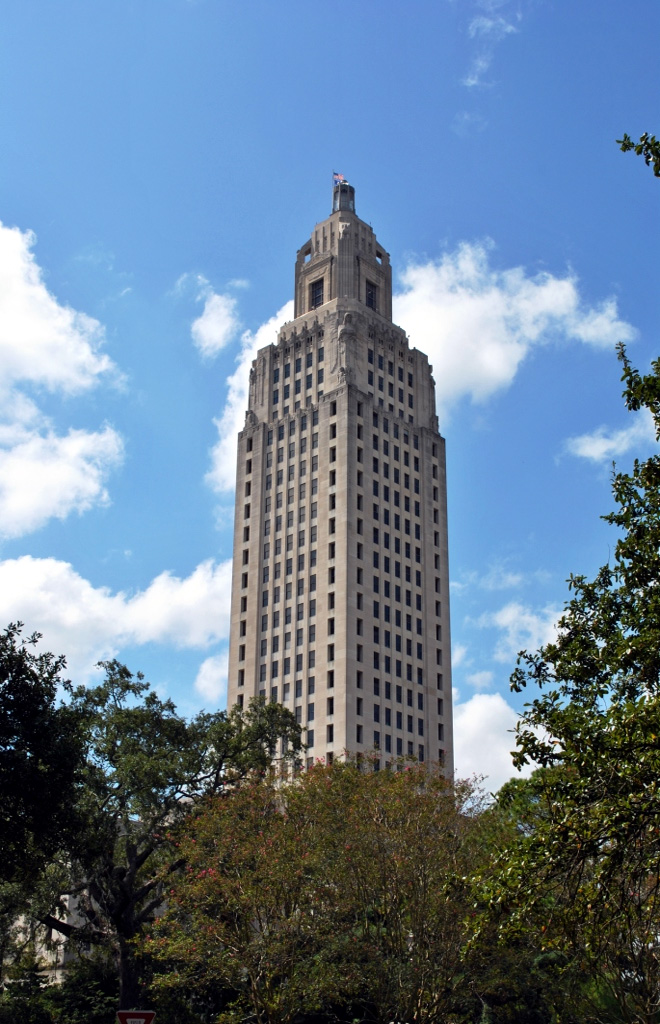 How will lawmakers deal with a $1.4 billion budget hole next year?

For starters, Commissioner of Administration Kristy Nichols said that the current spending and hiring freezes in place could either be expanded or simply continued into the next fiscal year.

"That is a possibility," Nichols said.

Either way, it probably won‘t be enough to protect higher education from what could be its most treacherous session in recent memory. That‘s because funding for higher education and health care, about one-third of the budget and the most accessible for cuts, may be treated differently than in the past.

Constitutional amendments approved by voters last month will help protect Medicaid money and remove some health care sections from the cutting board.

That also makes the budget situation even bleaker for the next governor, when they take over in 2016. Lawmakers, meanwhile, are on the 2015 ballot, too, and that will certainly factor into their votes during the spring session.

But the field running for governor should be ready to address the situation soon, politicos say, and the victor should be prepared for a tough honeymoon period once elected and sworn in.

"Anyone running for governor may as well face up to it," said Dr. Jim Richardson, a member of the Revenue Estimating Conference and an economist at Louisiana State University. "Their first year will be hard. There won‘t be any buckets of money or pockets of cash left over to patch the holes. They need to figure out how to spend and how to have sufficient funds on a sustainable basis."

There are some long shots, like a new Internet sales tax. According to Greg Albrecht, the state‘s chief economist, the state is losing out on anywhere between $250 million to $800 million by skipping taxes on online sales, depending on the study you want to believe.

Even though Gov. Bobby Jindal opposes taxes in all forms, creating a new Internet sales tax would mean a "material increase in taxes," said Albrecht, adding, "On the federal level efforts to address this are slowing down."

That‘s why, reports Bloomberg, a dozen incumbent and newly elected governors are calling on Congress to allow states to collect an Internet tax on purchases. Jindal is not among those pushing for the authority.

Additionally, in Lake Charles, a $700 million new casino is in the process of opening up with hundreds of new jobs. It could provide a nice bump in gaming revenues for the state.

"But will it grow the market or cannibalize it?" asked House Speaker Chuck Kleckley, R-Lake Charles.

Despite questions over its validity from Treasurer John Kennedy, Commissioner of Administration Kristy Nichols told LaPolitics that the $178 million surplus identified by her office can still be certified in January by the Revenue Estimating Conference, whether as an actual surplus or something else. If so, it can be appropriated by lawmakers for the 2015-16 budget.

How the administration transforms the non-recurring money into recurring revenue for the budget is another question, but they‘ve managed to do it in the past using pass-throughs and other tactics.

"It‘s going to be a real challenge because so much of the projected deficit will have to be replaced with real dollars," said Albrecht.

The administration of Gov. Bobby Jindal has presented a plan to address a $180 million shortfall in the current fiscal year budget, but the drama is far from over.

The Joint Legislative Committee on the Budget still has to approve the plan at a meeting this month, which has not yet been scheduled.

While a patchwork of financing protects higher education and health care from immediate cuts, there is another burning question heading into the final six months of the fiscal year. Could the economic picture get worse?

The Revenue Estimating Conference, which met last month, is charged with determining how much money that state has to spend, which in turn determines how much needs to be cut. They can choose between two different sets of predictions: one from the Legislative Fiscal Office or another from the Division of Administration.

REC members, as per tradition, went with the more optimistic forecast in November, which came from the LFO this go around. The other forecast from the DOA was far worse, and has lawmakers nervous. Even Senate President John Alario, R-Westwego, admitted last week the numbers may have to be adjusted again when the REC next meets in January.

Oil prices are a big reason why reductions are needed in both budgets, and the LFO projections were more conservative than DOA‘s on this front.

However, forecasts for individual income taxes, the other major factor on the table, offered a starker contrast.

The original forecast for this fiscal year called for $2.9 billion in collections. LFO recommended a decrease of $63 million, while DOA suggested cutting these revenues by $130 million. The forecast for next fiscal year was for $3.1 billion in individual income tax collections, with LFO recommending a decrease of $120 million and DOA proposing $243 million.

At some point, it‘ll become clear which one was more wrong. Lawmakers and the administration, to be sure, hope the REC made the right choice.