Every year ABiz looks back at the big business news we believe will help define the future of the local economy. For most years running, it’s been a really pleasant retrospect. And once again, we can say it: It was a good year.

The morning of Dec. 11, just hours before this issue was going to press, Coldwell Banker Pelican Real Estate’s Steven Hebert delivered more upbeat news: “With some amazement, I can report that at some point last week, Lafayette Parish real estate sales surpassed last year’s annual record of $674 million. In fact, 2014 sales are well on their way to soar past $700 million, establishing yet another ‘bestever year in real estate.’”

Retail sales continue on a pace to break last year’s record, and it was a strong showing for the Lafayette Economic Development Authority, as we were treated to three major announcements promising an unprecedented number of tech-related jobs in the coming years.

And while falling crude prices will undoubtedly take a toll on the Acadiana economy, they could very well further fuel retail spending this Christmas season as oil and prices at the pump typically move closely together.

The uncertainty surrounding how long oil prices will remain depressed — at press time they were threatening to fall below $60 a barrel, their lowest point since July 2009 — has Acadiana on edge, but that can’t detract from the good year we just experienced. In no particular order, here are our picks for the big deals of the year.

As it turns out — at least insofar as the Dec. 6 election — Lafayette does like nice things. Joey Durel floated the idea of a temporary tax to build a new terminal and additional parking at his State of the Parish address in February, and the community embraced it on Election Day. It wasn’t even close — nearly 60 percent of those who went to the polls voted in favor of the tax. IND Media, ABiz’s parent company, endorsed the measure and more than a dozen organizations came together in support of the 1-cent sales tax, limited to eight months, to help fund the project — a gateway to Lafayette’s community. Among them were the Greater Lafayette Chamber of Commerce, Greater Southwest Louisiana Black Chamber of Commerce, Broussard Chamber of Commerce, Festival International de Louisiane, I-49 South Coalition, Iberia Parish Airport Authority, Iberia Industrial Development Foundation, Metropolitan Planning Organization, Upper Lafayette Foundation, Realtor Association of Acadiana, the Louisiana Oil and Gas Association, the Bayou Vermilion District and Lafayette Convention and Visitors Commission. The vote was a welcome indication this community is willing to pay for much-needed infrastructure.

We’ve been through this before — so much so that we all know this too shall pass. Late in the year oil prices dipped about 40 percent from their high of $107 per barrel in June. The simple reason is supply and demand. Globally we just have too much oil on the market, and that oversupply has pushed prices down. U.S. oil production, which is close to reaching its highest level in four decades, is largely the culprit. OPEC (made up of 12 countries that produce about a third of the world’s oil) declared in late November that it would not cut output, a move that softened prices further. Then, on Dec. 10, OPEC announced that its demand for crude in 2015 will be the weakest it has been in 12 years, mainly because of what’s being produced in the U.S. Saudi Arabia, one of OPEC’s largest members, still held firm on its position not to cut production. And oil prices got clobbered again.

3. WE’RE GETTING A COSTCO 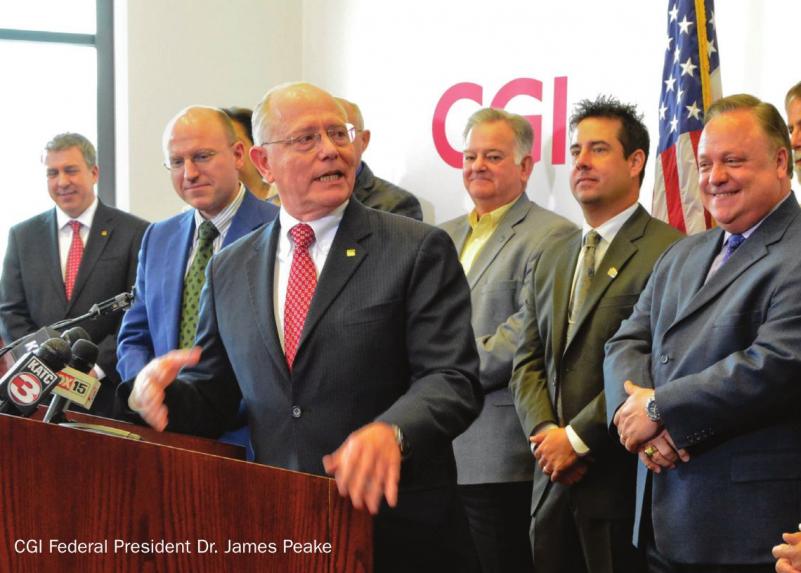 A uniquely structured deal to be sure, the Costco-anchored shopping center near the Ambassador Caffery Parkway-Kaliste Saloom Road intersection got the green light in 2014. Lafayette’s virtually-unheard-of volunteer Industrial Development Board pulled off a unique financing deal to secure the $95 million, 58-acre Ambassador Town Center development that also includes a Dick’s Sporting Goods. That is, about $10 million in infrastructure for the development, a joint venture between Covington-based Stirling Properties and Acadiana Mall owner CBL & Associates Properties of Chattanooga, Tenn., is being paid for via a PILOT (payment in lieu of taxes) program. In a nutshell, the developers will take the risk and pay for all of the infrastructure upfront; those costs will be reimbursed via the city’s agreement to forego property tax collections from the development for up to 12 years. While Stirling remains tight-lipped about the tenants it has secured, a site plan submitted to local government in mid-November shows Costco, Dick’s Sporting Goods/Field & Stream, Marshall’s/HomeGoods, Nordstrom Rack, Off-Broadway, PetSmart, Blaze Pizza, Red Robin, Dickie’s Barbecue, Felipe’s, Panera Bread and Chuy’s Mexican restaurant, among other retailers. Townsend Underhill, Stirling Properties’ senior vice president of development, says the land purchase should be finalized by the end of the year, with construction starting in early January. “The first six months or so will be all site work with buildings not starting to come vertical until later in the year,” he tells ABiz. “We plan to open the center in Spring 2016. A few users may open sooner.” He adds that confirmation on specific tenants will likely come in early January.

It may not go down as one of the biggest deals of the year for many in Lafayette, but the rehab of the long-vacant former Advertiser building on the 200 block of Jefferson Street is vital to the economic development efforts of Downtown. The 13,680-squarefoot building was converted into “white box” condition, a developer’s term for gutted down to bare walls and ceilings. Right at press time, Beau Box’s Mark Van Eaton confirmed to ABiz that a two- to three-year lease had been finalized with Canadian tech entity CGI Federal to take over the location (read more on the deal at acadianabusiness.com). Beau Box handled the rehab and lease for JD Property Management, the company that owns the building and three other nearby properties that surround what is now a wide open space where until recently the old Advertiser printing press and distribution facilities stood. Speaking of CGI ...

In April Montreal-based CGI Federal announced its decision to establish a technology center in UL Lafayette’s Research Park and create 400 direct jobs (the old Advertiser building Downtown will house its local operations in the interim). The center, which will become an anchor tenant of the 143-acre Research Park, will develop complex business and IT solutions for clients. At full employment, the center will have a total annual payroll of about $22 million. The project will result in an additional 405 new indirect jobs, for a total of more than 800 new permanent jobs in Acadiana.

Three months later, in July, Enquero Inc., located in California’s Silicon Valley, announced it had chosen Lafayette for its first Agile Delivery Center, a high-performance technology center providing enterprise software products and services to commercial clients. The company will create 350 new direct jobs with an average salary of $64,300 per year, plus benefits. Louisiana Economic Development estimates the project will also result in 354 new indirect jobs, for a total of more than 700 new jobs in the Acadiana region. Enquero is a member and tenant of the Opportunity Machine, Lafayette’s business incubator and accelerator.

7. AND PERFICIENT BRINGS EVEN MORE

Perficient Inc. President and CEO Jeff Davis announced in early September that Perficient will establish a software development center in Lafayette, creating 245 new direct jobs averaging $60,000 per year, plus benefits. Based in Missouri, Perficient is a leading information technology and management consulting firm serving Global 2000 and other large enterprise customers throughout North America across a broad range of industries, including health care, financial services, retail, energy, electronics, automotive and manufacturing. In addition to the direct jobs, LED estimates the project will result in 248 new indirect jobs, for a total of nearly 500 new jobs in the Acadiana Region.

8. IBERIABANK ON A ROLL

The Lafayette-based bank took the local banking community (and just about every one else) by surprise in January when it announced it would buy Teche Federal Bank. Clearly, that was only the beginning of its buying spree. In February it inked a deal with First Private Holdings in Dallas. In October, it made two more acquisitions, this time in Florida with the buyouts of Florida Bank Group out of Tampa and Old Florida Bancshares out of Orlando. And in December, IberiaBank proved it wasn’t done yet, announcing it would move into the Atlanta market with the buyout of Georgia Commerce Bancshares. In all, IberiaBank’s five big buyouts of 2014 are valued at about $770 million. 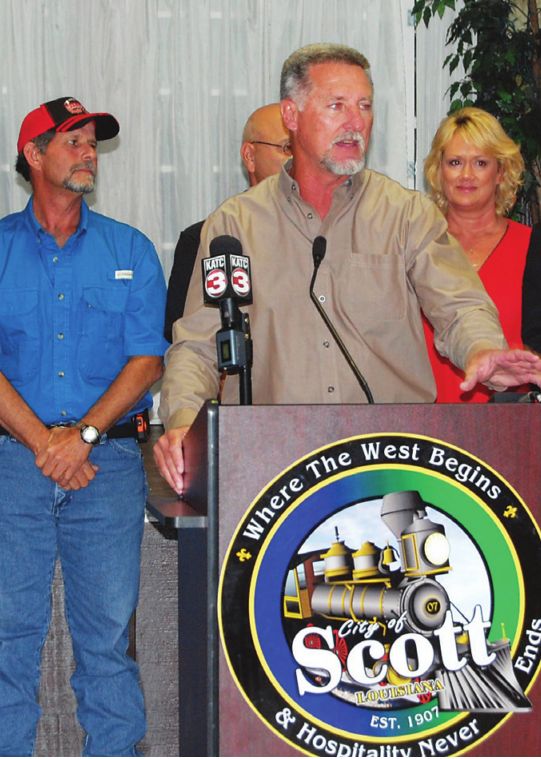 DEL Corporation President Bob Kulbeth announced late in the year that his company will invest in a $4.3 million, 40,000-square-foot expansion of its manufacturing facility in Scott. The expanded facility will increase the company’s efficiency and production capacity at the plant and will create 90 new direct jobs with an average annual salary of $62,600, plus benefits. The company also will retain 50 existing jobs, and Louisiana Economic Development estimates the project will result in an additional 200 new indirect jobs, for a total of 290 new jobs in the state. The company estimates 77 construction jobs will be generated during the building phase.

In the fall of 2014, the Greater Lafayette Chamber of Commerce, along with other chambers and business leaders in nine parishes, launched One Acadiana, an investor-led regional economic development driver designed to make Acadiana one of the most sought-after regions in the South. The timely new model is designed to increase the region’s competitiveness (Acadia, Evangeline, Iberia, Jefferson Davis, Lafayette, St. Landry, St. Martin, St. Mary and Vermilion) for jobs and public funding and allow us to formalize our strength as a region. One Acadiana is a five-year, $15 million dollar campaign designed to deliver “a new, highly professional, nationally competitive regional economic development program for the businesses and families of Acadiana,” says Lafayette chamber CEO Jason El Koubi.