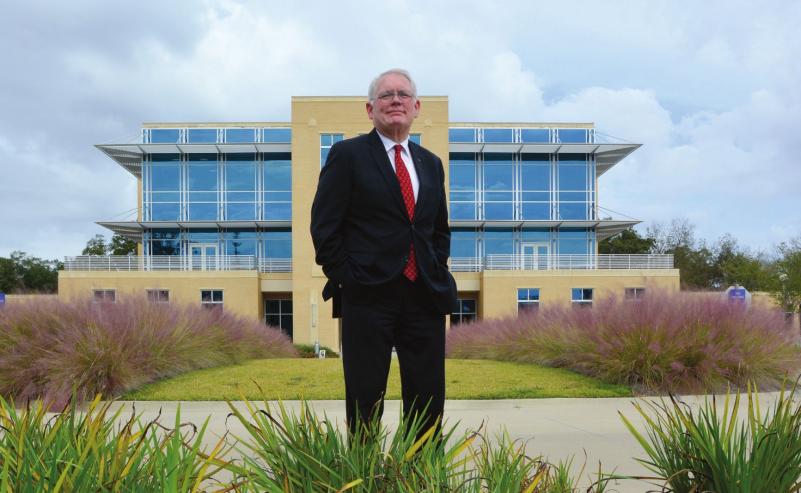 A new social media campaign promises to give expatriates a career they want in the home they love.

One of the most common complaints from fresh college graduates around Louisiana who are eager to join the local workforce is that they only seem to find qualified jobs out of state, forcing many of them to leave the home they love for the sake of their career. But now there’s hope for those reluctant expatriates.

With the recent industrial boom in Southwest Louisiana kicking up, Louisiana Economic Development has launched a new, nationwide campaign to encourage former Louisiana residents to return to their home state to explore new employment opportunities across a wide range of industries.

The effort is called “Come Home, Louisiana” and it ties in directly with LED’s new employment website LouisianaJobConnection.com, which matches the skills of job seekers with the best available Louisiana job openings that it has listed, not unlike your average dating website. The site takes a fresh approach to the traditional cat-and-mouse game of matching qualified job applicants with short-handed Louisiana employers by automatically matching job seekers with positions.

“We’re anticipating that we’re going to have over $80 billion worth of capital expansion here just in the industrial area,” says Richard Smith, vice president of workforce development with the Chamber SWLA, which is part of the Southwest Louisiana Economic Development Alliance based in Lake Charles. “We have a low unemployment rate around 4 percent, so we don’t have nearly enough workers here in the local area to address the local needs that are going to be created with the economic expansion.”

Enter Come Home, Louisiana. According to LED, the central focus of the campaign is to target former Louisiana residents who have left the state for greener pastures in addition to just about anyone who has a fondness for living in the Bayou State.

“In many fields, such as engineering, computer science and manufacturing operations, we now have more current and/ or projected job openings than we have available individuals with the requisite skills living in Louisiana today,” says LED Secretary Stephen Moret. “Accordingly, the primary reason we launched Come Home, Louisiana is to encourage Louisiana natives currently living elsewhere to sign up for Louisiana Job Connection, where they can explore job opportunities in Louisiana. There has never been a better time for Louisiana expats to get the job they want in the place they love.”

Since its launch in August, LJC has already attracted more than 13,000 job seekers, and nearly 1,000 Louisiana employers have signed up. The site already boasts a wide range of available positions with everything from engineers and machinists to software designers and accountants. And with the economic boom expected to hit areas like Lake Charles, both the site and its accompanying campaign is a welcome development.

“We’ve been exporting a lot of our talent to other states,” says Smith. “McNeese University has graduated classes year after year after year, and a lot of their top graduates are recruited by companies outside of our state and taken outside of the area. And those folks grew up here, but their careers have been in other states. So now that we have good opportunities back here at home, and these folks have good work experience to go along with it, we’d like to recruit them to bring them back to our community because they understand that they like this culture but they just couldn’t make a living here prior to the expansion.”

Come Home, Louisiana relies on several avenues to reach expatriates and even features a series of videos that tell the stories of real Louisiana residents who left the state, but eventually returned home for a better career after witnessing Louisiana’s new opportunities firsthand. The campaign also seeks to enlist current Louisiana residents by encouraging them to promote and share the Come Home, Louisiana videos and e-cards, and even their own comeback stories, through various social media sites including Facebook, Instagram and Twitter using the hashtag #ComeHomeLA.

“This is just one tool in many that we’re trying to do,” says Smith. “We’re doing all sorts of outreach programs for the local area and trying to disburse the word out in the region and the state and across the nation that we’ve got lots of jobs here in Southwest Louisiana in the next few years and we’re looking for good talent to move in there to help us with that.”

One way Southwest Louisiana is laying the groundwork for a potential influx of expatriates answering the call of Louisiana’s employment boom is to take a long, hard look at the region’s quality of life and what can be done to improve it.

“Southwest Louisiana put together a quality of life task force that takes the recommendations from several studies like the Next Generation Report and the Cultural Economy Report and kind of puts some action items behind them,” says Matt Young with the SWLA Chamber’s Quality of Life Committee.

According to Young, the committee looks at several large- and even small-scale projects including recycling initiatives, bike trail expansions and even recreational constructions like dog parks, which are all things young families are looking for when deciding to take a job in another city.

“We’ve taken inventory and stock of our own community and said these are the things that we need to work on in order to be a community that attracts the next generation of workers and millennials,” says Young. “It’s just kind of forcing us to look at ourselves and see how we can better attract the younger work force.”