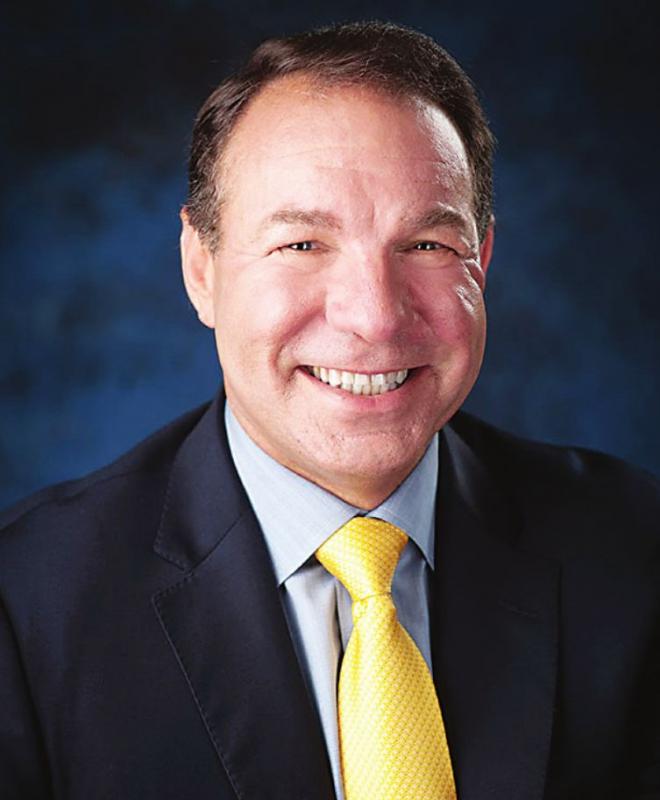 Under Keith Myers’ leadership LHC Group has grown from a mom-and-pop operation in St. Landry Parish to a publicly traded national powerhouse in home health services.

In his office at LHC Group headquarters in Lafayette, Chairman and CEO Keith Myers has a framed collage of photographs on the wall that was given to him by his wife, LHC co-founder Ginger Myers. He calls it his “evolutionary chart of a Cajun businessman.”

The oldest photo is of him as a boy driving a tractor on the small family farm in Palmetto, a speck of a village on La. 10 in north St. Landry Parish. Another depicts him and his dad, Wallen Myers, from their days in the crawfish business. The most recent is of Myers in Times Square in front of NASDAQ on the day in 2005 that LHC Group went public.

“My Louisiana pride was as strong as ever that day,” Myers recalls. “I remember an investment banker from New York asking me the question, ‘Now that LHC Group is a publicly traded health care company, where do you plan to move the company headquarters? Nashville? Atlanta? Dallas?’ “I remember replying, ‘What do you mean?’ — then a silent stare and an awkward moment. I realized that he was suggesting that we didn’t have the talent to build and support a national platform here in Acadiana. That really struck a nerve. I suppose word got around. I’ve never been asked that question again.”

If there’s a theme to the collage on Myers’ office wall it is “humble beginnings and blockbuster success” — a theme that applies to both the company and its chief executive.

“It’s important to know that [LHC Group] started as a community service effort to take care of four elderly members of our community who needed assistance to continue living independently at home and not be forced into long-term institutional care,” Myers says of the company founded in 1994. “Within a year, my wife Ginger and other nurses she had recruited were caring for nearly 50 elderly patients in St. Landry Parish. They managed to provide exceptional care and come in below budget by keeping overhead costs low and pushing more dollars down to the patient-care level. That’s when I knew we were on to something.”

Since those humble beginnings two decades ago, LHC Group under Myers’ hands-on leadership has grown to 10,000 employees in 29 states, partnering with more than 60 major hospitals to provide post-acute care services through home health, hospice and community-based service locations. The last two years have been a particularly robust growth period for the company, beginning in February 2013 with the then-largest acquisition ever — Addus HomeCare Corp., which operated 19 home health agencies in five states — and punctuated in April and September of this year with the purchase, respectively, of two subsidiaries of BioScrip Inc., adding an additional 32 agencies in four states, and Life Care Home Health Inc., adding 13 more across six states.

Myers says he sees no downside to the company’s breathtaking growth: “The reason is that the care model we have built, along with our emphasis on compliance, ensures that our patients will receive the best possible care in each region, regardless of geography.”

“We are well-prepared and wellpositioned to accelerate growth and take advantage of the unprecedented opportunities at hand,” he says. “I believe the years ahead will be record-setting growth years for LHC Group, where we continue to enter new markets in new states and expand our offerings to include a broader range of services to the patients, families and communities we are privileged to serve.”

But Myers and his company aren’t just spending wildly to snap up agencies; there’s a method to the madness.

“There are two main strategies that we consider when evaluating potential targets: hospital joint ventures and free-standing acquisitions,” he explains. “When assessing potential targets, we spend a lot of time reviewing the market and demographic data, such as the total population; 65-and-over population; CON state [that is, Certificate of Need — a legal measure imposed by some states requiring that companies seeking to merge or make acquisitions show a need for the transaction] or a non-CON state; home health and hospice utilization; how many competitors are in the market; and what hospitals are in the market and which ones have a home health and/or hospice provider.”

“It’s been our long-term strategy here at LHC Group to make acquisitions we deem beneficial and to partner with quality hospitals around the nation and continue growing,” he says. “But I truly believe it is our spirit of innovation and commitment to quality that have fueled our continued growth, both through acquisition and through partnership.”

Myers says consolidation has been the name of the game in home health care for the last several years and adds that LHC brass has “managed our operations conservatively,” a trait he attributes in part to his austere beginnings and to his father, a World War II veteran and family farmer. “My dad set an example when it comes to living within your means, not spending money you don’t have and always planning ahead for a rainy day,” Myers says. “I think back to the many chats we had at 4 a.m. each morning and can always recall a nugget of advice I need to get through the day.”

Four o’clock in the morning was riseand-shine time on the Palmetto farm — one of many customs and a work ethic Myers says he observes to this day thanks to his late father.

“My dad was without a doubt my best friend and greatest mentor,” he says. “He is my hero. He cared for and desired to help other people more than anyone I’ve ever known. He wasn’t wealthy and he wasn’t in health care, but he was a man that everyone in the community came to when they needed help. He always put his needs last and the happiness of others first. I learned everything I needed to know about getting along in this world from him. More than anything, I want to be like him.”

A neatly folded American flag presented to him by a color guard at this father’s funeral is also one of the mementos in Myers’ office.

Keith and Ginger are avid runners and triathletes, competing regularly in some of the country’s biggest events. But, Myers says, their biggest passion is probably horse racing.

“My maternal grandfather was Alphonse Fontenot from Lawtell. He, too, was a farmer from that area, but more impressive to me as a child growing up was the fact that ‘Pa Pa’ was a race horse owner,” Myers recalls. “I loved going to the old Evangeline Downs track and watching his best horse, Red Fontenot, race. That’s where I was bitten by the bug in the ’60s.”

“That’s when Ginger and I decided to buy a few broodmares,” he says. “We were fortunate to have good timing. We bought eight mares in foal at Keenland in Kentucky in November of 2008 when the market was at its lowest point. Fortunately for us, one of those foals born in February of 2009 turned out to be the champion Little Miss Protocol.”

Now a board member of the Louisiana Thoroughbred Breeders Association, Keith, along with Ginger, founded in 2008 Coteau Grove Farms, a thoroughbred breeding operation located on rolling hills outside Sunset that doubles as their home.

That’s a little south of Opelousas where LHC Group got its start, which is a little south of Palmetto where Keith Myers got his start. And hearing him explain his love of thoroughbred breeding, one could mistake him for speaking about his home-health company: “There’s nothing quite like delivering a baby on the farm, raising it yourself and watching it become a champion.”