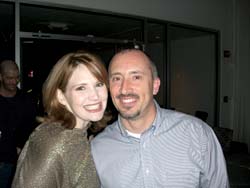 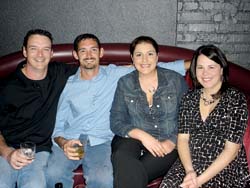 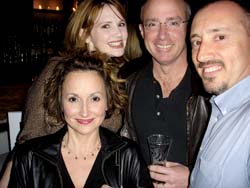 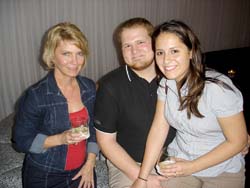 Where do the singles mingle on Friday afternoons? Normally I stop by Lounge after a long day at the office, and on a recent Friday the party was already in progress. On Feb. 22, my gal pal Katie Ferguson turned 28. I recall one of my conversations with Katie that every birthday will be an annual gathering for her friends and family (I already have my calendar marked for 2009), so, same place, same time, right Katie? Getting a head start on the evening, Party Girl ordered her favorite: dirty martini. At least 25 of Katie’s friends and family were happily greeting all who entered Lounge and of course singing to the birthday girl every chance they had. I stopped counting the number of times I heard “Happy Birthday” around 7 p.m., when I had to excuse myself for my Friday night date. I don’t know what time Katie’s party ended, but I do know birthdays are the best excuse to get all of the attention!

The next Friday, more than 70 works by local, regional, and national artists went on view Feb. 29 at Frame Shop & Gallery 912 in the Oil Center. The art — incorporating pressed-tin ceiling tiles salvaged from the old Heymann’s Department Store in downtown Lafayette — is being sold to benefit the Children’s Museum of Acadiana. A few of the artists participating in this exhibit include Ramsey Ayers, Lisa Ayres, Scott Bailey, Steven Breaux, Joellen Breakfield, Sidney Creaghan, Thomas Emmerson, Donald LeBlanc, Bhi C. Wooley, Kristy Caldwell, Troy Broussard and Christopher LaBauve. The opening reception was a huge success — almost $5,000 was raised for CMA that night. And exhibit coordinator Deborah Norsworthy has since told me that more tiles have been sold since the opening night. “This beautiful, diverse, imaginative exhibit shows what a treasure Acadiana has in its artistic community, not only in talent, individual vision, and the high level of the work, but in the community spirit of the artists,” says Norsworthy. “I am very moved by these people’s supportiveness and generosity, especially that of Gallery 912 director Roger Laurent, who donated his space, his time, and his materials. He treated this project as if it were his own.” The Tile Exhibit display continues through March 29 and will soon be shown at the Big Easel in River Ranch before journeying over to Jefferson Street Market in May.

Speaking of journeys, when the beautiful Alicia Burleigh told Party Girl that she and Allison Herrera were heading to New York for one of their fashion market trips, I was envious. After all, Alicia and I have something in common — we both have great taste in clothes. But I haven’t been lucky enough to meet Lauren Conrad. Alicia met the reality TV show star turned fashion designer on a previous New York buying trip for her store, Alicia’s clothier in the Oil Center. Conrad first appeared on the MTV reality-based series Laguna Beach; when she and her friends graduated high school the series ended and MTV followed Lauren to Los Angeles where she attends fashion school and works at Teen Vogue. She also has a very successful new television series called The Hills. Alicia and Allison are fans of this good girl in Hollywood, and got a special invitation to Conrad’s first runway show in Los Angeles on March 11 during Mercedes Benz Fashion Week. “She is very sweet and is such a positive role model for my young daughters. We are all excited by her success!” says Allison. Alicia and Allison loved Lauren’s new line of California chic dresses and tops and placed one of the first orders. Since Alicia’s in the Oil Center is an exclusive retailer of the Lauren Conrad line, looks like Party Girl won’t have to travel far to get one of Conrad’s designs. 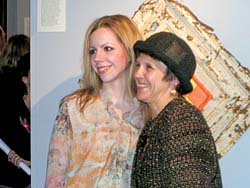 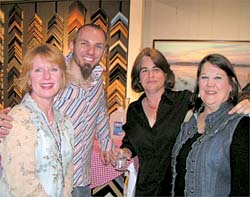 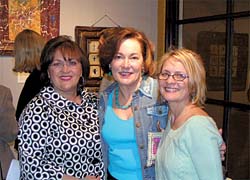 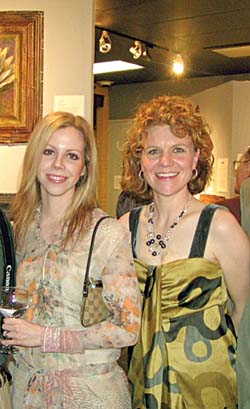 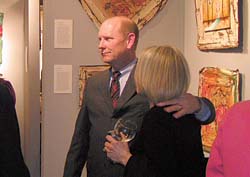 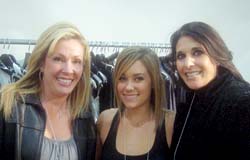