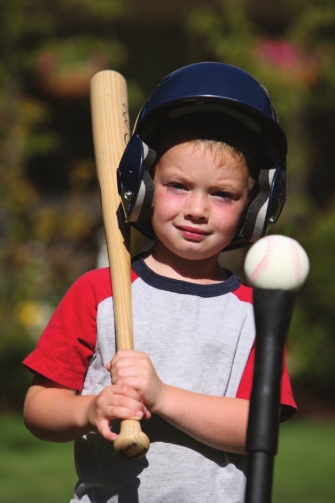 Any day now the Future Needs/ Funding Sources Committee will make its recommendations to the City-Parish Council about how to pay for the many services Lafayette Consolidated Government provides for its roughly 190,000 residents (not counting about 35,000 who live in the smaller municipalities; see our story on consolidation for why this is even a thing).

The committee convened last February and has been meeting with department heads and getting a look under the hood of LCG’s very complex financial vehicle. Committee members have had to face a stark reality: While the legal entity known as the city of Lafayette is relatively healthy in financial terms, the parish is basically broke.

High among the commission’s recommendations is likely to be the need for more revenue. Yes, taxes.

Nearly a third of the residents who live within the political subdivision we call Lafayette Consolidated Government live in unincorporated Lafayette Parish. Their roads and bridges, their drainage and public safety are drawn from parish government, and parish government is revenue-starved.

In speaking to local media recently, members of the committee identified those very things — roads, drainage, bridges — as critical needs. Yet most of the services the parish provides — infrastructure along with the sheriff’s office, assessor, jail and parish courthouse — are funded by parish property taxes, and as municipalities in Lafayette Parish annex unincorporated land, and there’s a lot of it along with roughly a quarter of the parish population, those parish taxes evaporate. It’s a fatal formula.

Committee members also identified recreation as an important service of government, and currently only the city of Lafayette is footing the bill — through a millage set in the early 1960s, and via the city’s general fund, which pumps millions of dollars into the Parks & Recreation Department annually to subsidize operations for the dozens of public parks, playing fields, tennis courts, swimming pools and recreation centers the department operates.

Everyone in the parish uses those facilities, but only city taxpayers pay for it. This is inherently unfair to the city and underscores why our revenue sources are out of whack, and why the imbalances of consolidated government must be fixed, but that’s literally another story. The inescapable conclusion is that a parishwide recreation tax should be considered. Broussard and Youngsville, which separately passed sales taxes in recent years to fund new recreation complexes, might want to opt out, yet just expanding the property tax to unincorporated Lafayette Parish would go a long way in reducing the stress on city property owners and the city’s general fund.

By all objective considerations Lafayette is a low-tax parish relative to other densely populated, urban parishes in Louisiana. Consider this: The millage levied in St. Tammany Parish for public education alone is roughly equal to the entire property tax burden in Lafayette. We’ve been trying to do it on the cheap since consolidated government was born, and its catching up to us.

Members of the Future Needs Committee have also acknowledged a persistent lack of trust in government by voters, who are reluctant to write a blank check in the form of increased taxes. But we have a template to remedy that, and it worked remarkably well in the December election: a temporary, dedicated tax.

On Dec. 6, voters across Lafayette Parish overwhelmingly approved an eight-month, 1-cent sales tax to help fund construction of a new terminal at Lafayette Regional Airport. The tally was 59 percent in favor, 41 percent opposed. Levied next year, the tax is expected to raise about $37 million of the $90 million cost of the new terminal.

The tax prop was supported by most of the parish’s elected officials as well as the chamber and civic groups. It was sold to voters as an economic development initiative. The sales pitch worked even though the vast majority of residents in Lafayette Parish never step foot in Lafayette Regional Airport.

Would voters in the future embrace a temporary, dedicated tax to fund a bridge, a road widening, a new performing arts center? Let’s hope so, otherwise, as C-P President Joey Durel warned the council in his last budget message, there’s “a train wreck coming if something isn’t fixed.” — Walter Pierce