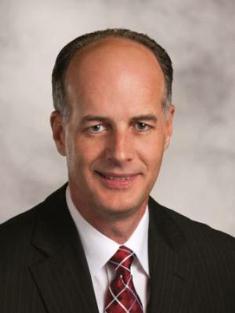 So, you think Bossier City is a sleepy suburban community in Louisiana's Bible Belt, where people go to church potlucks on Sundays and then to work on Mondays, right?

Just take a gander at this lawsuit, purportedly filed in federal court up in Shreveport.

In it, two upstanding deputies, Brandon Coker and Michael Golden, of the Bossier Parish Sheriff's Department are suing their boss, alleging that they were wrongfully suspended and demoted (at a loss of "pay and prestige") to correctional officer status.

All they did was fall in love with each other's wives and then move in with them. I mean, what's the big deal? These two guys have been friends since they were 16, and after years of seeing their buddy's wife at cook outs, children's birthday parties and during mutual "gardening" (hey, there's some stuff we don't want to know) they fell in love, switched houses and settled down.

But wait — it gets crazier. The wife-swapping deputies allege that Sheriff Julian Whittington is not only attempting to force his own religious views upon them, but singles them out, because he hasn't disciplined other deputies who have done worse stuff. They claim that one deputy is living "as a husband" with his daughter-in-law, that another hires hookers, and that a female deputy is carrying on a lesbian affair with another deputy's wife.

This suit caught the notice of this legal 'humor' blogger, which thinks they have a case.

P.S. If this sounds like the kind of place you'd like to work, here are the employment opportunities.

We're all about public service here.