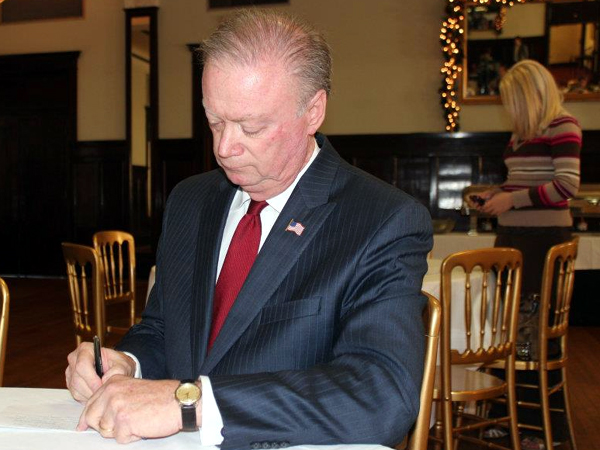 Louisiana Secretary of State Tom Schedler is scrambling to figure out how to absorb a proposed $3.8 million mid-year budget cut Gov. Bobby Jindal’s office is forcing on his office.

In a press release announcing the cut, Schedler says the forced cut will lead to an “agency-wide employee furlough” beginning as early as next week. Schedler has been told to prepare an impact statement on the cuts and how they will be realized and get it to the Division of Administration by Friday.

“This level of reduction this late in the fiscal year is truly daunting,” Schedler says in a press release announcing the cut. “After holding the largest election our state has seen in decades just this past fall, my office’s resources are down to the bone. The administration is asking for us to give up bone marrow, and it is extremely painful. You can’t cut enough pens, pencils and travel allowances to get to this number.”

Schedler broke the news to office staff this morning and, pending an executive order from the governor’s office ordering the budget reduction, he will seek Civil Service approval to institute the furlough program beginning Tuesday. The furlough will require all Secretary of State employees, including the secretary himself, to take one unpaid day off each pay period through the remainder of the fiscal year, which ends June 30. That, Schedler estimates, will save just over $1 million.

The budget-reduction order comes as Jindal and state lawmakers stare down yet another staggering budget deficit, anticipated to be greater than $1 billion dollars. The administration has also floated cutting higher education by up to $300 million following several years of slashing higher-ed budgets to the tune of $700 million.