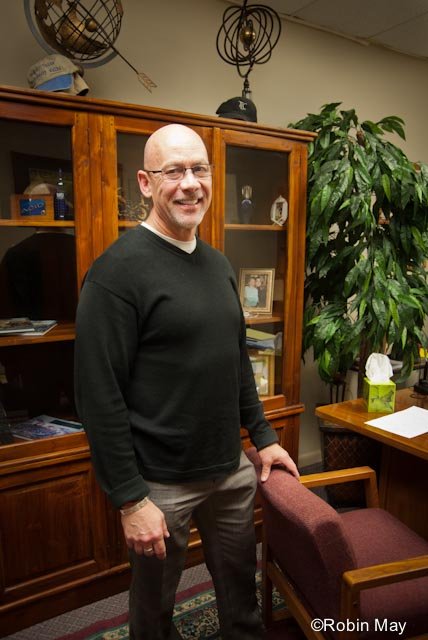 Daniel Stanford during a 2012 interview

The federal Curious Goods conspiracy case came to close once and for all Thursday with the sentencing of Lafayette criminal defense attorney Daniel Stanford.

Thursday’s day-long hearing ended with U.S. District Judge Elizabeth Foote handing down a decade-long prison sentence for Stanford — the exact sentence came out to 10 years and one month. Stanford was convicted by a federal jury on 13 various money laundering and drug trafficking charges back in August.

The case was no doubt a long and tired road for Stanford, one that started with the illicit sale of Mr. Miyagi — a brand of synthetic marijuana — and a promise of legal protection made by the Lafayette attorney to a number of his Curious Goods co-conspirators of having friends in high places within Louisiana’s government who could keep law enforcement away.

The conspiracy to market and sell Mr. Miyagi lasted from March 2011 to December 2011, it crossed state lines, and ultimately generated about $5 million in sales.

Unlike his co-conspirators, Stanford was the only defendant to fight his case until the end, maintaining his innocence throughout. And aside from his fellow attorney and co-conspirator Barry Domingue — who sadly took his life shortly before the start of his second day standing trial — Stanford, out of the seven remaining conspirators, is the only defendant who didn’t cop a plea deal with federal prosecutors in exchange for less time.

And that’s very likely the reason why Stanford will be spending just as much time in prison as Drew Green and Tommy Malone, the only other co-conspirators to receive 10-year sentences, despite their having played much bigger roles in the overall conspiracy. Even Richard Buswell, the owner of Curious Goods at the time of the conspiracy, will serve less time, at least as far as the Curious Goods conspiracy is concerned. Buswell received a sentence two years shorter than Stanford’s — by a year and four months — but in the long-run, it’ll all even out as Buswell was also sentenced last year in an unrelated federal case on charges of securities fraud, adding another 126 months to his total time behind bars.

For Stanford, it’ll be about another two months of freedom before he begins serving out his 10 years. At the close of Thursday’s hearing, after agreeing to giving him an extra week to attend his son’s birthday, Judge Foote set March 18 as the day Stanford begins his stay in prison.

The sentencing of this last defendant brings an end to this case, but not to our commitment to prosecute those who sell these illegal and dangerous drugs in our community. This case highlights how lucrative this industry is and the lengths that criminals are willing to go to profit while endangering the health and safety of citizens. Too many members of our community visited these shops that sold this poison, especially the youth.

Stanford’s insatiable desire for money drove him to join this conspiracy and put many, many people in harm’s way. Today, his greed and criminal activity have consequences. Stanford misused his position as an attorney to facilitate the sales of a dangerous drug and to launder money.

I want to thank the men and women of the federal, state and local law enforcement for bringing these defendants to justice. They are to be commended for years of hard work to get these illegal substances off the street and hold these criminals accountable. I hope that store owners, franchisees, investors and distributors who want to make a fast buck at the expense of others, think twice and understand that we will not hesitate to investigate and prosecute their criminal activity.