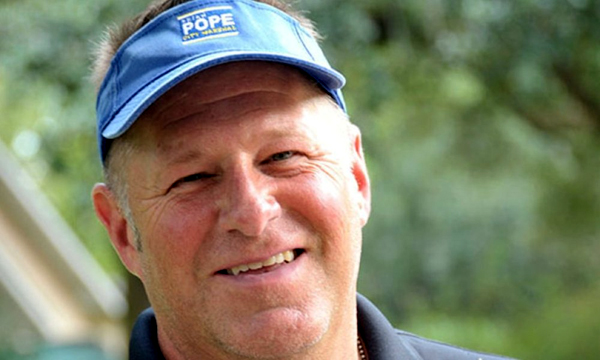 Newly minted Lafayette City Marshal Brian Pope has been slapped with a $660 fine from the Louisiana Board of Ethics for filing a campaign finance report late. The report, which was supposed to be filed 10 days before the Nov. 4 election, was filed 11 days late. In other words, it was filed the day after the primary election. Pope later beat Kip Judice in a Dec. 6 runoff.

The late report shows that Pope collected about $40,000 in contributions in the reporting period that began Oct. 16.

The most interesting nugget to come from the new city marshal’s late report was that NBA Hall of Famer Shaquille O’Neal, a standout at LSU who has long had an interest in law enforcement, donated the maximum $2,500 to Pope’s campaign on Nov. 12 when Pope was in a runoff with Kip Judice. Perhaps coincidentally, O’Neal was sworn in as a deputy city marshal for Lafayette on Nov. 9, the same day Pope took the oath for the top job in the office. O'Neal's post as deputy city marshal is honorary.

Pope is likely to still face a fine from Ethics for failing to file a personal financial disclosure form on time — a filing that is required three days after qualifying for a race, which in the case of the city marshal’s race ended on Aug. 22 of last year. As The IND reported on Dec. 3, “Kathleen Allen, an administrator with the ethics administration, says Pope was first notified of the delinquency by certified mail sent Sept. 15. That notice was returned Oct. 27 unclaimed. A second attempt was made Oct. 31, when Louisiana State Police delivered a subpoena to Pope notifying him that he had until Nov. 21 to file.”

Pope told The Daily Advertiser, “I must have missed that.”

Pope did ultimately file that personal financial disclosure report on Dec. 3 — the same day as our report on his failure to file it. The report itself reveals little about Pope’s personal finances except that, as a retiree from the Lafayette City Marshal’s Office at the time of the filing, his income was between $5,000 and $25,000 annually.

The fine for filing a personal financial disclosure form late is $100 per day with a $2,500 maximum fine. Pope hit the maximum fine in late September.