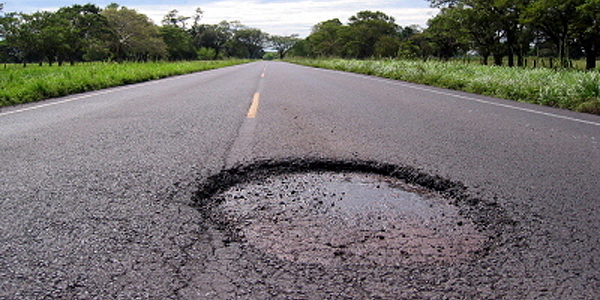 A primary target in the forum held nbefore a hotel ballroom full of engineers, contractors and other nbusiness people: $60 million in trust fund money the candidates complainn has been diverted to state police expenses.

The event featured nPublic Service Commissioner Scott Angelle, Lt. Gov. Jay Dardenne and nSen. David Vitter — all Republicans, and state Rep. John Bel Edwards, a nDemocrat. All agreed that some or all of the $60 million should go back nto the trust fund for road and bridge improvements. And they said other nsystematic changes are needed to make sure taxes collected at the pump ngo for the purpose of road and bridge work.

"We've got to wean then state police out of the Transportation Trust Fund," Edwards said at onen point in the nearly two-hour forum sponsored by the American Council ofn Engineering Companies.

However, none of the candidates suggested how to replace the money that would be taken from the state police.

Inn discussions that also touched on coastal restoration and the overall nhealth of the state budget, the candidates said the state must examine nvarious tax credit and incentive programs to see whether the benefits nare worth the costs at a time when the state budget continues to take nhits. All agreed that a special legislative session will be required nearly in 2016 to address state budget reforms. Dardenne lamented that nthe Legislature, in an election year, is unlikely to deal with the nissues.

While nobody made a specific call for tax increases, they nalluded to the need for more revenue for highways and infrastructure andn said the public won't support any plan unless reforms are made.

"Thisn will be a non-starter with the public unless we restore trust in the nTransportation Trust Fund first," Vitter said as he discussed his nproposal to develop a high-priority highway building plan.

There nwas little to separate individual candidates from the pack. Edwards was nthe only one to address a controversial lawsuit filed by a south nLouisiana flood board against oil and gas companies blamed for coastal ndamage. Edwards said he opposed legislation — approved in the last nsession and now tied up in court battles — that was designed to kill then lawsuit. He said the potential revenue from the lawsuit is badly neededn to fund a coastal restoration plan estimated to cost at least $50 nbillion over 50 years.

Angelle was alone in calling for new toll nroads to relieve congestion while maintaining existing roads to provide nmotorists with non-toll alternatives.

The tone at the forum was noften light. After Vitter recounted his efforts in Washington to help nthe state, Dardenne quipped: "That's why we want you to stay."

"I second the motion by chairman Dardenne," added Angelle.