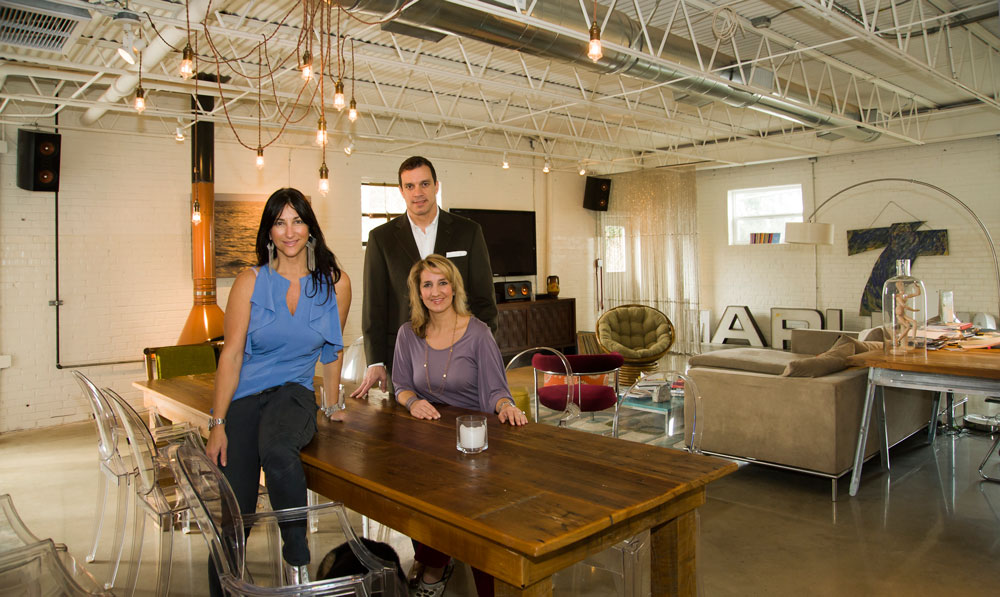 No longer a boutique hotel, Buchanan Lofts hits the market as condos for sale.

Leah Simon is not afraid to be the first. When she and her sister Michele Ezell and Michele’s husband, Sean, opened Tsunami Downtown in 2000 it wasn’t the most popular choice. But it was a risk that paid off.

Now they are dipping their toes in the next venture Downtown — residential real estate.

As they prepare for an open house Jan. 21 to show off what was once a boutique hotel product but will now be condos for sale — Buchanan Lofts — interest continues to gather for a residential market that matches the growing commercial options Downtown.

While Simon may be a pioneer with eight condos, which she had not priced by press time, she is far from alone in the move to move Downtown.

Simon is joined by Downtown-loving business owners and residents like Greg and Lori Walls, co-owners of the popular Johnson’s Boucanière barbecue/plate lunch restaurant near City Hall — Greg is also a builder with an architecture degree from UL — who are spearheading seven new residences Downtown.

The first will likely be four loft-style units leasing for about $1,400 per month on Lee Avenue across from First Baptist Church. Read more about the Wallses’ plans in the story “Making Downtown Livable — One Loft at a Time” in the January issue of IND Monthly.

Simon’s Buchanan Lofts, in contrast, won’t be available for lease. Each of the eight units that range in size from 590 square feet to 1,200 square feet will be listed for sale between Keaty Real Estate and PAR Realty.

“We have had such a demand from people that stayed with us and said, ‘We would buy this in a heartbeat,’” Simon says. “We would rather not be landlords but let them become homeowners.”

Simon has lived Downtown for four years herself near Tsunami. After opening the lofts as a hotel, she and her partners began to see a demand for more than a one-night stay. Eventually they saw even more than a month-long stay may be an option for some of their favorite guests. The love for the lofts paired with the current economic climate feels like the right time to put out the “for sale” sign, according to Simon.

“We’re doing it while real estate is good, and there’s an uptick in home sales,” she says. “You don’t see development of residential Downtown.”

And thus the Downtown pioneers move forward in a climate Simon says seems ripe for buying. She points to CGI Federal, which will bring more than 100 jobs to the Downtown area when it takes over the old Advertiser building in the next month or so, and the 25 million people who visited the state last year.

“Our intention was a hotel, but we got a reaction,” she says.

That reaction was an indicator of the livability of the lofts from people she says run the gamut from cool kids to retirees. And she’s glad to have started as a hotel rather than straight condos.

“If we would’ve built them as condos we would still be staring at them. This was a good way to set up the property and let people practice living Downtown, to go through the motions of Downtown living. We have Lafayette people that stay here,” she says.

The residential choices, even with the 15-units added between Simon’s and the Wallses’ efforts combined, remain conservative at best for a city that 17 years ago recommitted itself to Downtown development. Yet they are a clear indicator that the move is happening.

Simon is betting if they build, they will come.

Pair these private efforts with the forward thinking Downtown Development Authority’s leaders who have only been chipping away for a short two years — Executive Director Nathan Norris and Design Director Geoff Dyer — and the once decrepit Downtown just may have some new legs.

“You have to build it for people to believe it,” Simon says. “People say, ‘You go first.’”