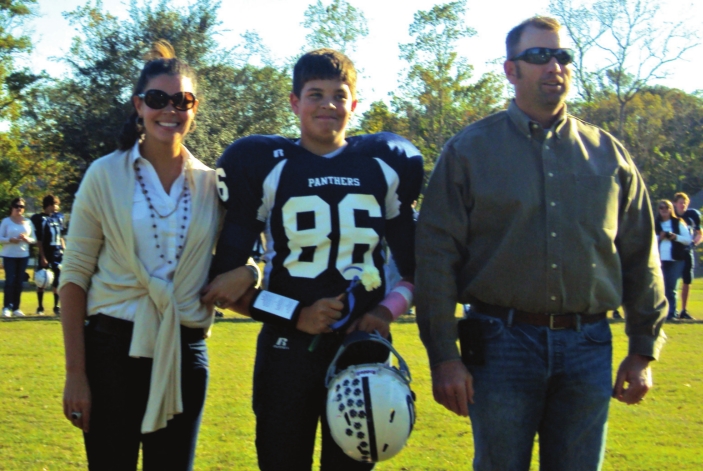 The changing faces of cardiovascular disease

Heart disease doesn’t look like Kitty Kimball, the once-chief justice of the Louisiana Supreme Court. It also doesn’t look like Burke Cobb, a 14-year-old football player. And that may be why the American Heart Association tapped these Louisiana families to speak at the annual Go Red for Women luncheon in Lafayette.

“I thought I was healthy as a horse,” Kimball says. Five years ago Kimball, who turns 70 Feb. 7, had no clue a stroke would send her quite literally to the ground and change the trajectory of her life. The family of Burke Cobb could say the same thing of a heart-related episode — sudden cardiac arrest — that cost the young athlete his life.

Heart disease doesn’t always look like a man over 50 with a thick waist and high cholesterol. Heart disease is still the No. 1 killer of women. And last year in the U.S., 10,000 children died from sudden cardiac failure. 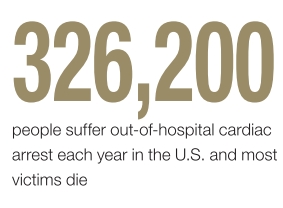 “Eighty hours a week was the norm,” Kimball says of her life pre-stroke where she spent days and nights on the bench in New Orleans as the chief justice of the state Supreme Court.

But one morning the fi rst woman elected to Louisiana’s highest court awoke to discover she couldn’t walk straight. Her husband planned to go hunting in the wee hours, but decided at the last minute to cancel and was still in the house. Hoping he may still be home she lay on the floor calling his name.

“He found me on the floor and called an ambulance,” Kimball says. “I knew I was having a stroke and I have no idea why I did. I knew nothing about strokes.”

STROKE IS THE FOURTH LEADING CAUSE OF DEATH FOR WOMEN

She feels certain she’s not alone. Kimball’s own mother had a stroke years before following surgery. It was something she thought, however, was connected to the surgery and wouldn’t impact her own health.

“I don’t think anybody told me I was high risk,” Kimball says. Couple that with a high stress job and living on four to five hours of sleep a night with some weeks clocking in 100 hours of work, and Kimball was headed for a stroke without ever knowing it. “When I woke up my left arm was not behaving and the right eye wouldn’t open. Thank God it didn’t affect my mind or my memory,” she says.

But, it’s affected much of the rest of her life. “My eye is better, but my arm is still on its own. I don’t drive,” Kimball says. The woman who spent 20 years driving from her home in Ventress to New Orleans as a judge for more than 30 years never considered retiring.

“In the hospital I was saying I’ve gotta go back to work. They said, ‘You aren’t going back.’ I went back for a year. I wasn’t able to keep the pace,” she says.

The fatigue was obvious, and Kimball couldn’t give the office what she felt she should. Today, she’s home and she seems at peace about it with a man who’s taking care of much of the things Kimball once did — “my husband does

everything,” she says. The never-stop judge is now reflective about life before and after the stroke.

“I was so busy I never stopped to take time to realize how many blessings each day brought, and I appreciate my family more. It makes you appreciate all things more,” she says.

The woman who has been married for 48 years with three children and six grandkids would learn after the stint in the hospital that her outlook was more bleak than she could have imagined.

“I had a 10 percent chance of coming out of surgery,” she says. She knows now how wrong we all are to assume we’re safe from stroke and heart disease.

“Everyone thinks it won’t happen to me,” Kimball says. “I didn’t think I had a chance in the world before it happened.”

There’s no doubt more people know the name of Burke Cobb today than they did during his days at Dutchtown High in Geismer. It’s a bold statement for an incoming freshman whose funeral drew more than 3,000 attendees thanks to his kind personality that garnered respect off the field.

“My nephew died of sudden cardiac arrest,” says Kristen Simpson. In the summer of 2012 Cobb stayed after football practice for a pickup game of basketball where he collapsed and died. His coach did not recognize his symptoms as a cardiac arrest and did not perform CPR or shock Burke with an AED. The school had several AEDs onsite, but they were not accessible. They would later learn the cause of the sudden cardiac arrest was hypertrophic cardiomyopathy — a condition in which the heart muscle becomes abnormally thick that is now the leading cause of sudden cardiac death in young athletes. 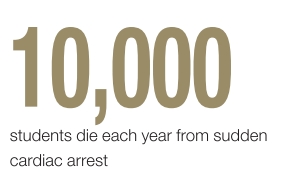 Cobb’s death may sound a rare thing, but it’s estimated that one in 500 people have HCM in the U.S. One child dies of a sudden cardiac arrest every 2.5 days in the U.S. while playing organized sports. Burke, like 80 percent of these athletes, had no symptoms prior to his sudden cardiac failure.

Simpson is working to prevent these deaths by raising awareness and instigating preventive heart screenings for student athletes across the state.

“We, together with the AHA, have passed a bill that will require high school seniors to learn CPR and AED use before they graduate,” Simpson says.

She, with the support of the American Heart Association, spoke for the bill that was passed without a “no” vote and then named after Cobb.

“Sudden cardiac arrest is the leading cause of death among student athletes. It doesn’t discriminate — 10,000 kids in the U.S. die a year,” she says.

Simpson and the foundation Living4Burke are working to make screenings for student athletes part of the annual athlete pre-participation sports physical. Thus far 1,700 students have been screened, and multiple children have had surgery because of heart abnormalities found in the EKG screenings. The most recent child had surgery in November to repair a septal defect. His mother said that her 13-year-old son had no symptoms and she just had him tested because she was a worrier.

“What if that one child was my child or your child? Screenings are necessary,” Simpson, a mother of two, says, pointing to the affordability of an EKG that can potentially save lives.

The student athletes screened include both boys and girls — anyone active in athletics.

Simpson says the issue doesn’t draw a line on gender.

“It’s not a man’s issue or a woman’s issues. It’s a mom’s issue. If we only knew that a simple screening could have saved Burke’s life…. Our hope is that one day screenings will be as routine as a sports physical,” Simpson says.

Ninety-six percent of heart abnormalities are missed in pre-participation sports physicals. But Simpson believes Living4Burke can change that: “The best way to know if your child’s heart is healthy enough to play sports is to have them screened.”