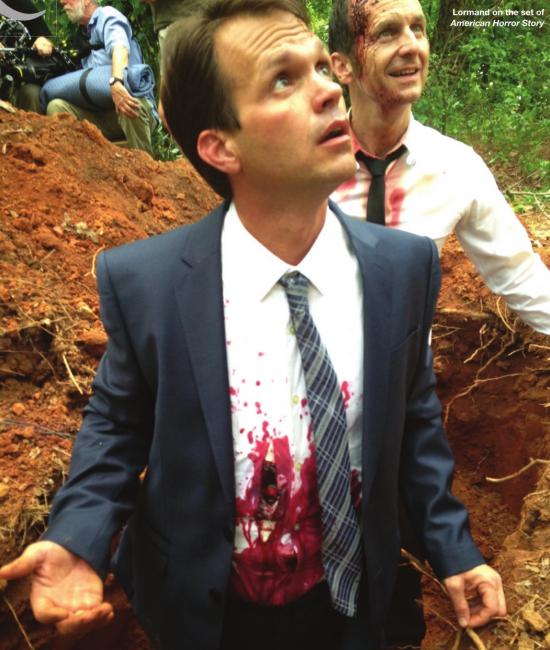 Judd Lormand isn’t making a killing as an actor yet, but he’s getting killed a lot.

By now Judd Lormand should be good at dying. He’s had his throat slit on NBC’s Revolution, taken a glass to the neck on The CW’s Vampire Diaries and, most recently, had his skull caved in by Michael Chiklis on FX’s American Horror Story: Freakshow. Yet Lormand seems to forget one crucial thing: to warn his family about the terrible end he’s got coming to him. 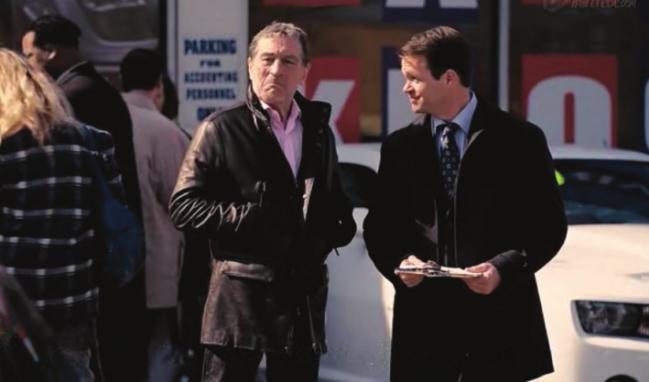 “It always catches them by surprise,” says Lormand, graduate of both Comeaux High and UL Lafayette. “Several times they’ve been like, ‘Please tell us when you are going to get killed!’ My wife certainly has mixed feelings about it; my mom always gets alarmed when she sees her baby boy dying on TV.”

Born in Texas, Lormand moved to Lafayette after living in Saudi Arabia where he first acted in elementary school plays. At Paul Breaux Middle’s Gifted and Talented Program and at Comeaux, he further developed his acting and speech skills. After high school graduation, he pursued another passion: professional wrestling. His enthusiasm for performing led to him portraying a heel manager in Houma’s independent wrestling scene. At one show, his taunting of a good guy wrestler worked so well that a riled-up fan chunked a chair at Lormand. Feeling what he thought was a bee sting on his back, Lormand turned after hearing the clank of the chair on the ground, saw the crazed fan and realized what happened.

“It made me really scared and proud at the same time that I was doing my job,” says Lormand. For a few years, Lormand co-hosted This Week in Wrestling, hands down the most popular show on Acadiana Open Channel at the time, and started All Access Wrestling, a wrestling promotion with TWIW co-host Chad Vidrine. Post-college, he worked at Edward Jones and Baker Hughes, leaving the latter in 2010 with money saved up to attempt a career in acting.

Now residing in Baton Rouge — midway between his family here and the auditions and shoots in New Orleans — Lormand is in constant hustle and travel mode in hopes of adding to his already lengthy résumé. Becoming a professional actor means tremendous amounts of travel for Lormand, who often scoots down Interstate 10 at a moment’s notice for an audition. In the last four years, Lormand logged nearly 120,000 miles of strictly business travel on his Toyota Prius. Luckily, he benefits from Louisiana’s emerging film industry, as most of his work is either shot here or in the southeast — Georgia, the Carolinas and Tennessee being repeated stops. 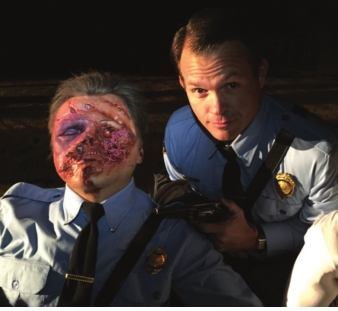 “Thereis no such thing as a schedule. They call you last second, and you drop and you go or they get someone else to do it,” says Lormand. His résumé has grown so long that he forgets about some of his upcoming projects and refers to his IMDB page, which credits him with 51 acting gigs. He’s already sold cars for Robert De Niro in Grudge Match, drove an arrested Clyde (Barrow) in a police car in The History Channel’s Bonnie& Clyde and escorted Katniss at the Reaping in The Hunger Games. There’s also been ads for Farm Bureau and Robitussin, shows like Sleepy Hollow, Nashville and FindingCarter.

In the coming year, Lormand should appear in upcoming episodes of Secrets & Lies and movies like The Runner with Nicolas Cage and 99 Homes with Andrew Garfield. With recent and upcoming auditions, he hopes to growthat list to include AMC’s Halt and Catch Fire, the next Alvin & TheChipmunks, Don’t Mess with Texas with Reese Witherspoon, and a Disney Channel movie. “It’s not an easy feat, I’m super, super proud of that,” says Lormand.

Not yet an above-the-title name, Lormand is still working on catching his break. Sometimes his name appears on the credits roll longer than his face appears on the screen. He may have a line here or there, but sometimes his character doesn’t even have a name, instead billed generically as, say, Deputy #2. Still, Lormand is patient about moving from being that one guy in that one thing to a one-name-only leading star.

“I fall this ended tomorrow, I’d be thankful and happy and be able to go on to the next phase of [my] professional life and feel very, very accomplished and satisfied,” says Lormand. “But, I don’t want it to end tomorrow. I do want to get to that next level. So, what do I do? I guess never get complacent, never get satisfied — always, always try to do better than you did yesterday. I know this sounds so cheesy, but it’s true.”