Demand for CPAs and accountants is at an all-time high. Alan Hebert is one of the lucky ones. When construction began a year ago on his new River Ranch office on Camellia Boulevard, Hebert fully expected he’d have empty desks while he continued trying to recruit CPAs and accountants. However, hiring in 2007 went much better than he’d expected, and he’s since settled into a new office building that has only a single spot for expansion. His public accounting firm, Thibodaux Hebert Deshotels LeBlanc LLC, hired an experienced CPA last year and eight accountants. 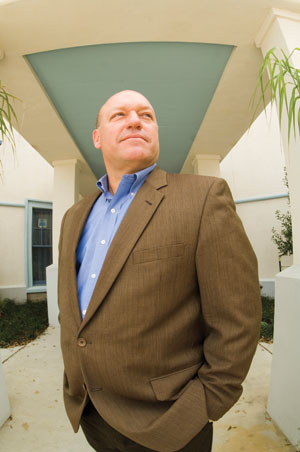 Other local public accounting firms have not been as fortunate as THDL, which now has 15 CPAs and 10 accountants. “I’ve talked to others who are not in as good a shape as we are,” Hebert says. “I talked to one last week that is still struggling to fill positions in the their firm.”

Layne McDaniel, president of Noesis Data in Baton Rouge, started his career as a CPA in the early 1980s. “When I was in public accounting, you knew you would work an 80-hour week. That was a given,” he says.

McDaniel’s experience was typical. There was an abundance of young accountants then, he says, and everyone knew the job would dominate their lives, at least for the first several years until the big promotion. But today, CPAs are a scarce commodity, both locally and nationwide, and they can command lifestyle concessions along with higher salaries.

In 1997, Louisiana began requiring aspiring accountants to have 150 hours of college credit just to sit for the CPA exam, a move that’s been adopted by most states. The change requires an extra year of school for most students, who must then work for a firm for two years before being licensed. In 2002, high-profile corporate scandals at Enron, WorldCom and other companies tarnished the accounting profession’s reputation.

“People were asking, ‘Where were the accountants?’” says Herbert Vessel, associate professor of accountancy at Southern University in Baton Rouge. “That was sort of a black eye [for the profession].”

Those factors, combined with the extreme time demands for CPAs, helped push many students away from accounting toward sexier fields like medicine or technology. At Southern, the number of accounting majors has declined every year since 2002, although they’ve seen a significant increase this year, Vessel says.

As the national supply dwindles, demand is at an all-time high, according to Grady Hazel, executive director of the Society of Louisiana Certified Public Accountants. The scandals early in the decade led to a series of new regulations — most famously the Sarbanes-Oxley Act, which specified 11 requirements for financial reporting.

“Accounting standards get more and more complex and more and more difficult to implement,” Hazel says, so corporations have had to hire more internal accountants and auditors. Sarbanes-Oxley only applies to public companies, but the abundance of caution the legislation encourages has trickled down to private companies and nonprofits.

Public accounting firms have to compete harder than ever to attract talent. The problem locally has been compounded by competition from growing segments of the private sector, namely health care and the oilfield, says Lafayette’s Hebert. “Most of them are still doing accounting work; they’re just doing it in the private sector; it seems like every summer we have a couple move over,” he says. The oilfield has been the hardest to overcome. “They were getting a lot of them out of school and actually, recently, some from us that had one, two, three years experience and high-paying wages.”

To offset that trend, public accounting firms have been increasing salaries. At THDL, salaries rose by about 20 percent last year — “to retain the best and the brightest,” Hebert says.

The starting salary for a CPA (who is required to have at least two years of experience before becoming licensed) at a public accounting firm in Lafayette is in the $50,000 range.

Hazel says many firms have started to hire college sophomores and juniors part time, sometimes paying for CPA exam prep courses and giving bonuses for passing in the hopes that the interns will stick around after graduation. Aiming to train a pool of potential CPAs who will stay with the firm, THDL instituted an intern program last year, employing at least three UL Lafayette accounting majors part-time — preferably juniors or seniors.

Hebert says firms are also finding that young CPAs are less willing to sacrifice time with their families and overall quality of life than their predecessors. While long hours are still necessary at the height of tax season, many firms are offering a more flexible schedule and different career tracks for people who have no interest in working themselves to the bone to make partner. “That’s probably the biggest thing we can offer from when I came up through the ranks,” Hebert says. “We can be much more flexible [with work schedules] because of technology.”

Hebert does see some signs that the tide is turning. “The [shortage] has eased somewhat over the last year, since early 2007,” he says. “Obviously the five-year degree requirement slowed down the candidates for the CPA exam for a number of years.”

While some Lafayette firms are still having trouble recruiting, the area does seems to be faring better than the rest of the state. Carrie Lewis is a CPA and a recruiting manager for Robert Half Finance & Accounting in New Orleans. She routinely gets calls from clients who say they’ve been in the accounting business for more than 20 years and never had to use a recruiting service until now. Most of those clients are small- and medium-sized firms; the big companies tend to have their own recruiters on staff, although they still use Robert Half to supplement their own efforts, she says.

A Robert Half survey this year found that 60 percent of accounting employees were willing to ask for more money from their bosses, twice the percentage the same survey found last year, Lewis says. Students are getting the message; accounting is becoming a more popular major on college campuses, reversing the trend that helped lead to the shortage in the first place.

But it will be years before those students can make a real impact on the workforce, and they’ll be arriving just in time for the mass retirement of many baby boomers. By then, CPAs with experience might have even more bargaining power than they do now.

“It’s a great time to be an accountant,” Lewis says.

A version of this story first appeared in Baton Rouge Business Report.