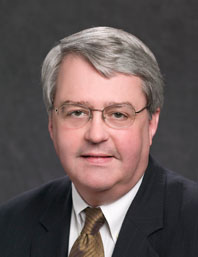 Overlooked for the top job at UL Lafayette last year -- suprising many in the business community when he was not even named a finalist -- Dr. David Manuel has been tapped for the LSU at Alexandria's chancellor's post. LSU System President Dr. John Lombardi selected Manuel to head the 48-year-old campus, succeeding Dr. Robert Cavanaugh, who retired in August after 13 years. Lombardi will  recommend Manuel to LSU's board of supervisors, which meets April 24-25.

The well-respected former dean of what is now the B.I. Moody III College of Business Administration at UL, Manuel is currently vice president of academic affairs at St. Mary's University in San Antonio. He is expected to take over the new position in mid-June.

Manuel left Lafayette in 1990 to join St. Mary's as dean and professor of international business at the Bill Greehey School of Business Administration, a position he held for a decade before his promotion to chief academic officer.

A Thibodaux native who grew up in Erath (and French-speaking devoté of Cajun cooking), Manuel had been hoping to return to the state, telling the search committee he "sensed a call to return to Louisiana so that I could hopefully contribute to its higher education landscape and to the future of the state."