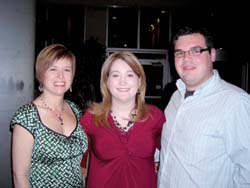 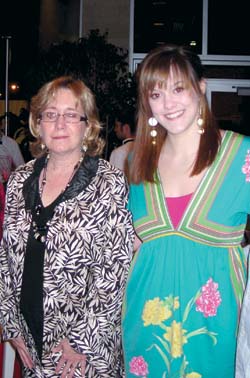 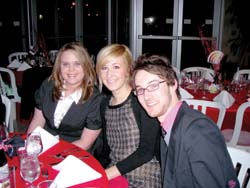 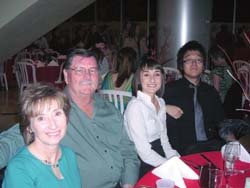 In early March I attended the Acadiana Advertising Federation’s 2008 ADDY Awards. It was an unsual setting for an awards ceremony, but I must admit it added a downright neighborly feel to the downtown IberiaBank tower. Among those taking away Gold and Silver Awards were BBR Creative, Megan Barra Graphic Design, Prejean Creative, The Graham Group, KATC TV, Vidox, LONGevity Design, Russo Ad Group, Right Angle Advertising and Kaplan Advertising & Production. The ADDY Awards had every category from best of show (which BBR captured) to people’s choice awards and art director of the year to electronic producer of the year. Party Girl’s personal favorite of all the categories was the student best of show award; it’s time for a few fresh ideas in advertising. Before the night was over, Party Girl’s new BFF was student Best-Of-Show winner Lantian Xie. On the same night of the ADDY Awards, the New Orleans Museum of Art, often referred to as NOMA, had Rodrigue’s Louisiana: Cajuns, Blue Dogs, and Beyond Katrina, a 40-year retrospective of artist George Rodrigue on display. The opening reception in New Orleans drew a lot of Rodrigue fans from Lafayette — with some estimating that half of the people attending were from the Hub City. Those in attendance were Boyd and Georgette Anderson, Nancy Tabb Marcantel, Richard and Elaine Zchulag, Louise Liljedahl, Frank and Tracy Neuner, Peter Laborde, Renee Lejeune, Maragaret Laborde and Margaret Swords. The show will be on display through June 8, so be sure to make it to the Crescent City to check it out. There’s nothing that does a body more good than exercising for a cause. On Saturday, March 15, Frank Camalo, Danielle Lewis, Peggy Connick, Lynn Lewis, Jim Gibson, Greg Schexneider and Irv Esters were a few who participated in a cycling event in Lake Charles to raise money for local medical charities benefiting patients in need. A total of 25 riders rode 25 miles that day. Fortunately for those in need, 2006 Tour de France winner Floyd Landis was more than willing to lend his star power to the cause. Landis was in town as a guest of Dr. John Noble, an orthopedist, who uses the Smith and Nephew hip replacements system on his patients — the same used on Landis’ hip. “Floyd was generous with his time and visited, took photos and signed jerseys and books for the ride participants. He was very friendly and seemed to genuinely enjoy his visit,” says Camalo. Party Girl is happy to report all this spinning raised $5,000 — not bad for an afternoon ride! Party On! — PG 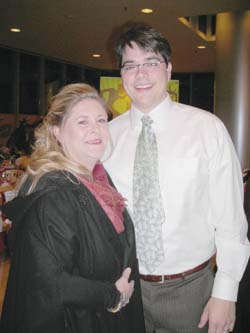 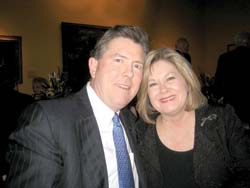 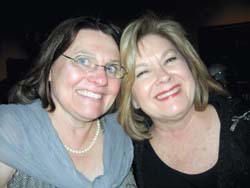 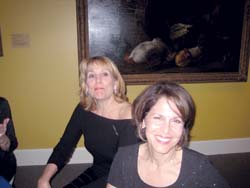 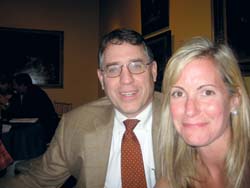 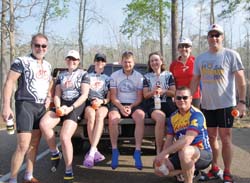