I know I sound like a broken record, but we probably wouldn’t be having this discussion about redevelopment of the old federal courthouse if the city of Lafayette were autonomous like the five other municipalities in Lafayette Parish. A Lafayette City Council, whether five or seven members or more, would probably rally around the plan being pushed by City-Parish President Joey Durel and the Downtown Development Authority. The city owns the property. The project is needed.

But the city of Lafayette cannot make independent decisions on its own assets — council members who live outside the city, who pay no city property taxes, help make those decisions for us.

The city made its proverbial bed with bedeviled in November 1992 when 67 percent of city residents voted to consolidate city and parish governments. (The vote in unincorporated Lafayette Parish was narrowly opposed by a 51-49 margin.) But the smaller municipalities in the parish — Broussard, Carencro, Duson, Scott and Youngsville — opted out of consolidation, so the question to voters in 1992 was really about whether to consolidate the city of Lafayette with unincorporated Lafayette Parish. While the city does well financially, the parish is perpetually cash-starved because parish property taxes have not generated enough revenue to cover the cost of roads, drainage, the sheriff’s office, the jail, animal control, the parish courthouse and clerk of court’s office, and the other operations for which parish government is responsible. Everyone, even those in the smaller satellite towns in the parish, pay parish property taxes, but still they are inadequate. That’s why the Lafayette Parish Courthouse is in such bad shape and why, a compelling argument can be made: it needs to be replaced. Further, it’s why the redevelopment project for the old federal courthouse has gone nowhere.

Even in “consolidation,” there’s very little real consolidation. The city of Lafayette operates on a separate budget from the parish, and city money is not supposed to be spent on parish needs, although it has been for the entire history of consolidation in one way or another.

Last November the nine-member City-Parish Council — five members represent city-majority districts while the remaining four represent districts whose majorities are outside the city; call them the “city” members and the “parish” members, respectively — shot down a proposal to begin the process of redeveloping the old federal courthouse. The vote was 6-2. Two city members voted in favor, two city members voted against while the fi fth city member was absent for the vote. But all four of the parish members voted against the deal, so even had the missing city member voted in favor, which would represent a majority of the city members, the resolution still would have failed 6-3. In effect, the parish members, who also represent the smaller towns in the parish where residents also vote for those council seats, made the decision for the city about a city asset. That’s not fair. It’s not democratic. But that’s “consolidation.”

C-P President Durel has rightly been outspoken in his criticism of this problem with “consolidation,” and this newspaper has long supported and amplified his misgivings, and we continue to press a resolution to this issue — be it through amendments to the charter, a redrawing of council districts to allow Lafayette to have a “city council” within the City-Parish Council, a weighted vote for the CPC or the nuclear option, deconsolidation — and expect the candidates in this fall’s election for CPC and city-parish president to recognize its importance and speak to it in their campaigns. — Walter Pierce 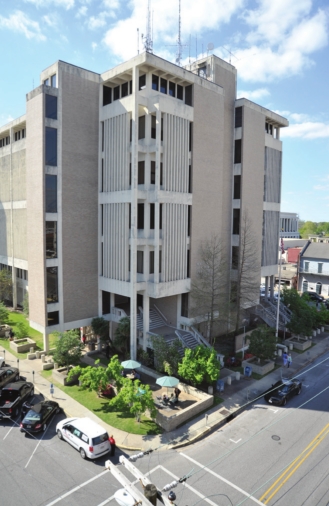 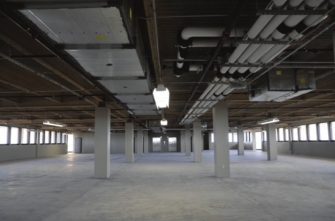 The Lafayette Parish Courthouse went into service in the late 1960s and is no longer adequate to serve the needs of our bustling parish. The sixth floor (top photo) and seventh floor (bottom photo) are being renovated, but judges at the courthouse want a new facility, not just renovations. Problem is, the parish courthouse is a financial responsibility of the parish, not the city of Lafayette, yet a prized city asset Downtown, the old federal courthouse, sits vacant because the judges want it for a new courthouse site. In effect, the parish wants a city asset for a parish need. Call it “consolidation confusion.” Thanks, Obama!