Head of the Political Science Department at UL Lafayette and an accomplished musician, Pearson Cross recently signed on as a political columnist for The Independent, which got our own Dege Legg to wondering, “Who is this guy?”

History of Pearson Cross in five words, more or less.

Never had enough, or Better late than never....or, Hang around long enough and life will surprise you, or Who knew marriage and kids were so much fun?

I was the night guy at a half-way house for kids in state custody. No heavy lifting, just there to put out fires and keep it orderly. But, truth is, I hate having to be the disciplinarian, probably comes from when I was a kid: My mother didn’t let me get away with anything. As a result, the kids in the house got away with pretty much anything when I was in charge. Unsurprisingly, this approach did not sit well with my superiors.

After earning your Ph.D., you applied for 50 jobs and received no responses, no interviews, no calls. Best advice for handling the brutality of rejection and/or total indifference to one’s life pursuits?

When I got that last rejection letter and it dawned on me that I wasn’t going to get anything, not anything, and that after 10 years in grad school my employment prospects were nil, I just decided, what the heck, I’ll go sit in my lawn chair and work on my tan. So I went outside and sat down, and, believe it or not, a guy I knew pulled up in the driveway and told me one of his colleagues at Framingham State had dropped dead in his office, and asked if I wanted his job. It was sociology, about which I knew not so much, but I said what the hell and took it. Been working ever since. So my advice? Relax, you never know what’s going to happen.

If you were to change careers, what type of work would you be interested in pursuing?

Well, I always say my wife married a doctor, just the wrong kind, and I fantasize from time to time about becoming the “right” kind. But, to tell the truth, I love what I do. Being a professor isn’t one thing, it’s a lot of things. It’s a little of this, a little of that. You can explore, learn, and change. At UL, I get to wear a number of hats and I’m always trying on different ones, team leader, researcher, teacher, student, drill master, therapist and roadie. It rarely gets old. 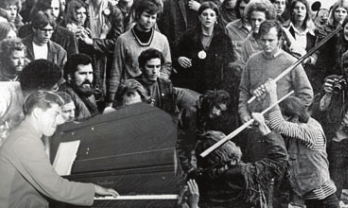 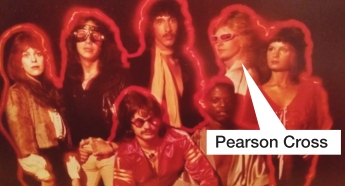 Other little known fact, I rarely played much jazz back in the day, mostly just covers. There were some bad gigs back then, incidents with Hell’s Angels and funk bands from Oakland come to mind, but what I’d call the “worst gig ever” happened just a couple of years ago. I got a call from a jazz singer in Lake Charles. She said she had a jazz gig at L’Auberge. It was a New Year’s or Christmas-type holiday gig. There was no way to get together before the gig, but the money was good so I took it. They put us on this little stage right behind the bar looking out over the slot machines. The singer had given me a list of her tunes, some of which I knew, but all in different keys. Since there was just the two of us, I was playing left hand bass, running a drum machine with my foot, and playing piano with my right hand. We did like two tunes and the guy that hired us came up and told us to “can the schmaltz” (not his exact words) and play faster, livelier, funkier music. So, there went the set list out the window, and it was time to play the “what song do you know” game with someone I’d just met, in front of a roomful of people, on instruments I was not comfortable with, in keys I didn’t know. It was brutal. I said never again. She called me last year for another gig. I didn’t return the call. 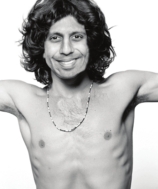 I played “Politician” by Cream for a colleague the other day. Great political song. Jindal has “mojo”? First I’ve heard. Maybe anti-mojo. If he has a soundtrack, it’s bad elevator music on a stuck elevator.

How did much of the current political dialogue on both the left and right get reduced to this WWF-style ad hominem name-calling and vaudevillian buffoonery? When did the vast majority of the U.S. seemingly become curmudgeonly close minded ... even in regards to the type of celebrity-related trivialities that clog the Facebook feed?

Much of the buffoonery of politics today, the name calling, the disparate truth claims, can be traced, oddly enough, to an explosion of expressive freedom powered by the rise of Internet, multiple channel TV and extensive radio offerings. When it becomes possible to limit your exposure to, and interaction with, only those ideas you already espouse, the idea of a free exchange of ideas in a public square is lost. In short, we no longer have a public square; we now have multiple squares with “debate” limited to true believers. This repetitious, staged and unsatisfying spectacle repels most sensible people and, as people become disgusted with the putrid quagmire that passes for politics today, they move on to more entertaining and rewarding pursuits (which is where Kim and Kanye come in).

Why is the history of Louisiana politics seemingly more corrupt than that of other states?

It wasn’t our money (mostly) it was Standard Oil’s, and so we celebrated the corruption because there seemed to be no “real world” consequences. Now we know better. Things have changed. Now we’re the ones getting taken, and it’s not so funny. The things that we used to laugh about now just make us sore. 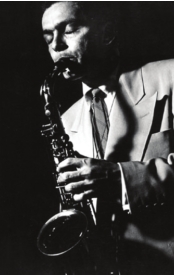 **At the Monterey Pop Festival, guitarist Mike Bloomfield implored the audience to “Dig yourselves…because it’s really groovy.” In the event of losing one’s grooviness — by age, cultural shift, whatnot — what method should one use to regain it?

I guess it depends on whether you think the existential groove can be lost. I don’t. When you hit that fat wide groove that is you, you just keep going. Looking back, it’s all the same. Be true to who you are, don’t cop to the moment that, for me, is the deal. Your strength or groove is in doing what you’re good at doing, in the way you do it. Fads, other grooves, looks, whatever, come and go. It’s trite, but staying true to yourself is the best way to keep your groove. An example? There was a brilliant sax player named Art Pepper in the ’50s, mostly self-taught, didn’t sound like anybody. Crazy original. Absolutely killed it. Then, he heard Coltrane and switched up his thing. But the truth is, he was never as good trying to sound like Coltrane. Only Coltrane can be Coltrane. It just wasn’t him. Moral: You got to be you; otherwise it doesn’t work.

Puts on Everybody Digs Bill Evans (pianist Bill Evans) and listens to “Peace Piece.” Life is short. Loving is all there is.

These red and blue fools got it on LOCK! Don’t you think it odd that the most beloved democracy on the planet has only two major political parties? Thoughts on a third, or even a fourthparty presidential candidate, being given equal time and respect in the game?

The only way third or fourth parties get born is to elbow one of the two biggies away from the table. Last time it happened was 1856. The ruling card game is two-card Monte only. The parties like it that way. Look how the tea party movement has been “absorbed” (more or less) by the Republicans. Same for the Nadarites and the Democrats. There’s no traction outside the well-worn tracks, and not likely to be unless we have a disaster of biblical proportions.

There’s only one party now anyway, the money party.

Last time I checked ISIS and Al- Qaeda had no air force, no navy, and NO chance whatsoever of having any kind of successful land invasion of the U.S., and yet, the U.S. government, in conjunction with mainstream media, has exploited the minor threat of overseas terrorism (according to 2012 FBI statistics, you are 34 times more likely to be killed by a police officer than by a terrorist) and collectively brainwashed much of the American public into thinking ISIS and Al-Qaeda are “elite boogieman” enemies on par with Russia during the Cold War, and thereby convincing them that it is completely necessary to give up one’s right to privacy, civil liberties, and spend billions on unnecessary wars. WTF?! Thoughts on the War on Terror?

Eisenhower warned us about the military-industrial machine and the threat to democracy. We didn’t listen and bought the crap about the “missile gap” that Kennedy was pushing. We’ve been buying the crap literally and figuratively since then. Both parties buy into it. The “War on Terror” is a hoax, but a profitable one. It makes so many people so much money that it can’t be shut down or, it appears, even controlled by the people who made it up. We’re not reasonable when we’re scared, and we’ve got people who make their living by trying to scare us all the time. And, they’re succeeding. Listen to Faux News: fear and anger, fear and anger. Repeat ad infinitum. Lovely.

Name one thing no one knows about Pearson Cross.

Unstoppable from the corner.