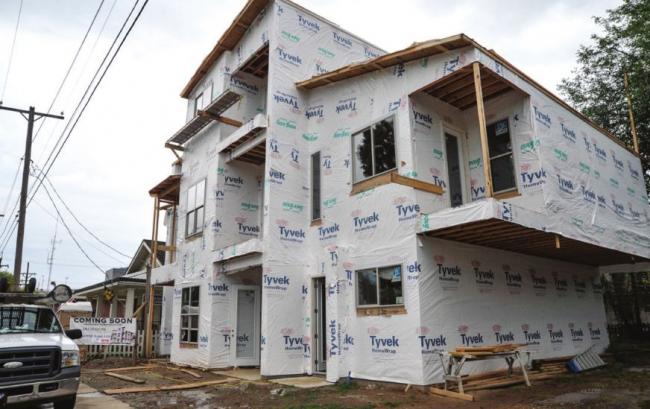 Although 2015 rang in with much concern over falling oil prices, the first quarter signs all indicate that our local housing market remains robust and strong. Of course, the elephant in the room is the uncertainty surrounding the price stability of oil. Despite that uncertainty, the sustained health of the residential sector so far this year may be partly attributable to continued low mortgage loan interest rates, which provide a long-term confidence boost to those venturing into home ownership. Interest rates have remained low for years now, and it appears that will remain the case for the foreseeable future. Relying only on what we have seen the last few months, our market has not yet felt the negative impact feared at the start of the year, but without a crystal ball, it’s anyone’s guess as to how long our bill of good health will last.

Let’s look at some specifics. According to the Acadiana Residential Real Estate Market Report recently released by Bill Bacqué, chief executive officer of Van Eaton & Romero, home sales reported to the Multiple Listing Service for the first quarter of 2015 outpaced the same period in 2014 by 7 percent. Sales of both new construction and existing homes also saw similar percentage increases in the first quarter, demonstrating a continued healthy market for both sectors of sales. Further, our market saw an increase in median sales price of nearly 4 percent, an increase possibly attributable to the purchasing power offered by low interest rates. While oil prices have not climbed beyond $60 per barrel this year, interest rates on 30-year fixed rate mortgage loans have remained below 4 percent. As a result, for those potential home buyers whose employment has not been directly impacted by the drop in oil prices, low interest rates have offered an incentive for home purchases.

We certainly have seen some potential home buyers leave the home buying market due to cut backs and layoffs by local companies feeling the impact of lower oil prices, and the depth of these cuts remains unknown. The impact of the departure of this buying sector, however, simply has not yet been felt. We can speculate — and hope — that the diversification of the oil and gas sector of our local economy may be serving as a buffer to that possible blow. As upstream production slows with falling prices, the downstream segment of this sector should continue to do well — along with deep-water production — keeping potential home buyers steadily employed and able to ride out the present uncertainty relatively unscathed. Actually, despite the uncertainty, there are indicators that our numbers in the local housing sector will continue for a time. Bacqué reports March 2015 pending sales in Lafayette Parish steeply increased by more than 50 percent from the previous month. This increase in pending sale activity should in turn result in significant closed home sale numbers for the next couple of months, bringing more signs of good health to our market well beyond the first quarter.

So when will we feel the impact of low oil prices if the impact is to come? A couple of key factors should be considered. With low interest rates demonstrating to be a driving force in the health of our local housing market, and interest rates likely to remain close to where they are for some time, this factor plays well for our market’s continued strength. At this time last year, rates were expected to be higher during the first quarter of 2015, and we have seen just the opposite. Look for that trend to continue.

The diversification of our local economy, even beyond the diversification of the oil and gas sector, continues to bring new residents to our market. Lafayette Parish alone gained more than 4,000 residents from July 2013 to July 2014, according to the U.S. Census Bureau, a number that likely contributed to the record-breaking year our residential housing market had in 2014 and continues to fuel the solid 2015 we’ve seen thus far.

The diversification of our local economy has provided sustained employment of our residents, even those changing jobs due to cuts of the oil and gas industry. Considering both low interest rates and an overall healthy local economy, any severe impact of low oil prices has for now been deferred, and with key factors working in our favor, it looks like it will remain so for a good part of this year.

Elisa Davis is a partner at Andrus- Boudreaux Complete Title in Lafayette. She has been practicing law in the Lafayette area since 2007.