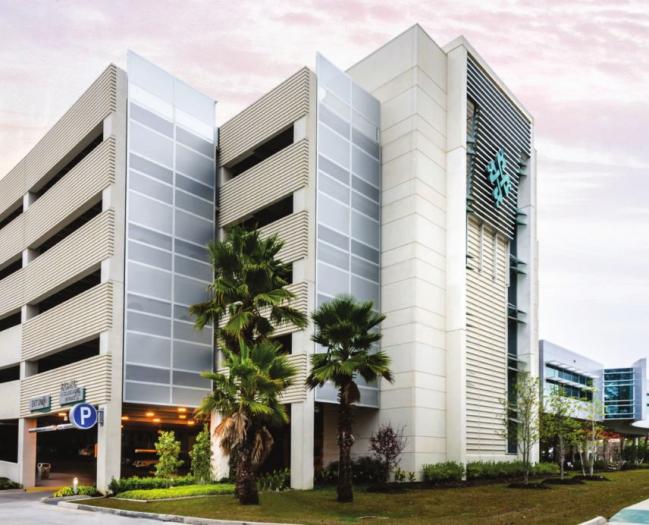 LGMC now has new space for patients, families and parking.

The space issues that have long plagued Lafayette General Medical Center were defined by two main problems: a need to relocate the hospital’s surgery department and the need to expand its confined emergency room area.

WHLC Architecture offered a solution with a plan to take the hospital’s front parking lot and then expand the emergency department by constructing a new surgery platform designed to extend vertically in front of the building and connect to the existing hospital on the second floor in order to provide new, larger surgery rooms each with a uniform design that could be used for a variety of surgeries.

“One of the problems was that they had some surgery rooms that were too small and simply couldn’t accommodate the kinds of surgeries that they wanted, and so as a consequence those larger surgery rooms were always in demand and the smaller ones went unused,” says Rick Lipscomb, the project’s principal architect. “Well now we could design all of the rooms the same so that there was no advantage of one room to another.”

The added benefit of uniform surgery rooms that could accommodate any number of surgeries allowed the staff at Lafayette General to better schedule surgeries, which would then allow doctors to schedule and perform surgeries more easily. Another advantage of the renovations was that surgery areas could now connect to the main lobby on the hospital’s second floor to allow patients and their families more ease of access to conference rooms to talk with doctors after a surgery.