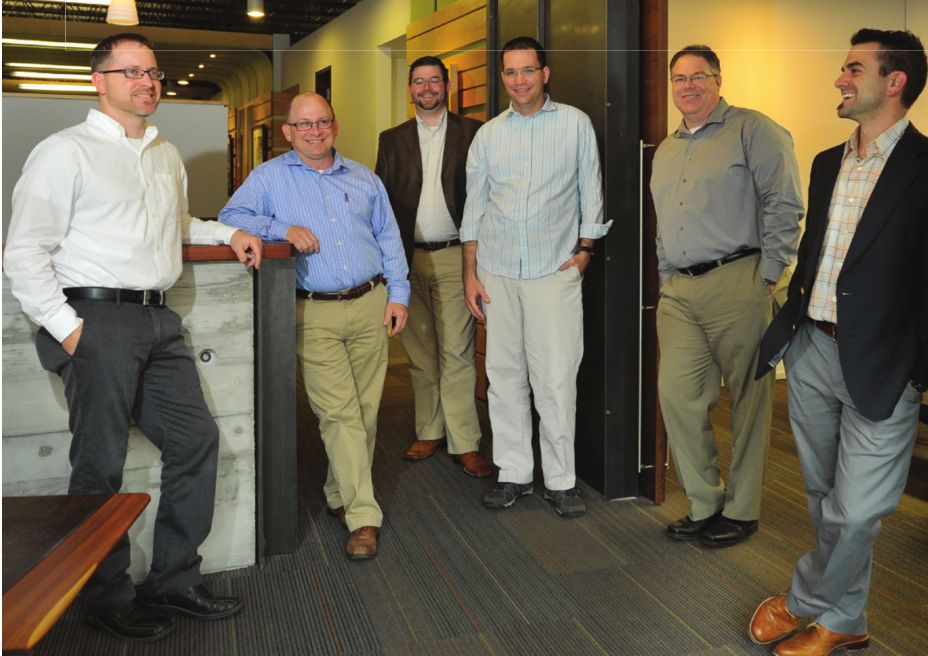 When the client and the architect are one in the same, beautiful things can happen. Eric Crozier knows this. The evidence can be found at 119 East Main St. in Downtown Lafayette.

The multi-tenant, two-story building built in the early ’60s was gutted from the inside for a fresh new space that also pays homage to the past. “We took everything out of it,” says Crozier of Abell + Crozier + Davis Architects.

And yet, some of the past remains. Beneath two layers of carpet they discovered a terazzo with a striped pattern, which they kept. And on the ceiling, the glue left behind from tiles left a pattern that stayed put.

“We used essentially what the building offered us. The structure that was there was in good shape, and we utilized and exposed as much of it as we could,” Crozier says. “We renovated the building top to bottom and east to west. We tried to let the building tell us what to do with it.”

They wanted to impact the street and bring new life while keeping the building in context with structures around it. The first floor is now home to Right Angle and the second floor up for grabs.