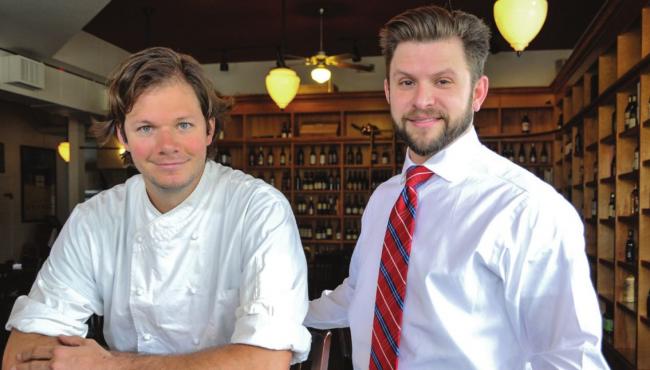 Courtney Vincent leaves Charley G’s to run his own show.

Courtney Vincent, who managed Charley G’s for the past 16 years, has struck out on his own, buying an interest in Village Café and POUR, located side-by-side at 1 Degaulle Square in River Ranch.

Vincent has joined forces with the dual concepts’ executive chef, Jeremy Conner, who put his stamp on the innovative farm-to-table menu offered by the café and adjoining bar/restaurant — so much so that Louisiana Cookin’ magazine named him a “Chef to Watch” last year.

Vincent, however, made the immediate move to take the white tablecloth restaurant down a notch to create a more casual (and less expensive) neighborhood eatery. He’s also renamed the restaurant De Gaulle Square Bistro and Bar and has been renovating the physical space. He and Conner are also restructuring the dinner menu, adding more appetizers and salads and new items like shrimp pasta and hanger steak.

“The key is great service as well as great food,” says Vincent. “My job is to support the front of house and make sure that the two parts work well together.”

Vincent, who joins investor Walter Hidalgo in purchasing the concepts, is the hands-on manager. Hidalgo, a River Ranch resident, says he will take a back seat. “This is long overdue for Courtney and well deserved,” Hidalgo tells ABiz. “He takes care of business and pays great attention to detail.”

“I’m not the kind of owner who sits at the corner of the bar and drinks wine,” Vincent says. “I’m the host. I’ll be serving food, opening wine, making sure customers are happy.”

Hidalgo, as a customer of Charley G’s, has known Vincent for years. “I’ve been impressed,” Hidalgo says. In July Hidalgo sold his oilfield service company, Envirochem, to Francis Drilling Fluids. Since then, he’s had a couple of conversations with Vincent, which led to the offer to purchase Village Café and adjoining POUR (a full-service bar that also offers self-serve wine machines) from River Ranch developer Robert Daigle and his partner in the restaurant business, architect Kirby Pécot. 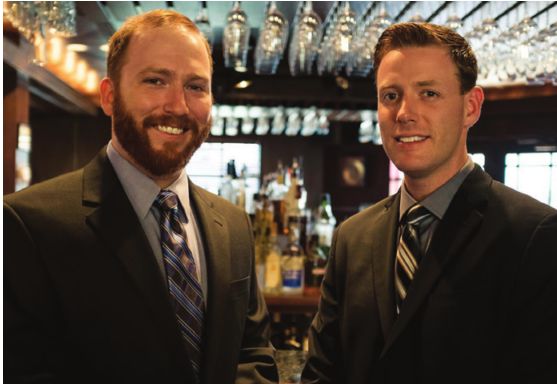 The restaurant was not for sale, but the collaboration of Hidalgo and Vincent caught the existing owners’ attention, and a deal was quickly struck. “I’m convinced that Courtney will absolutely do it right,” says Daigle. “He learned from the best,” Daigle adds, crediting Charlie Goodson with teaching Vincent how to run a highquality restaurant.

“I don’t know who taught whom more,” laughs Goodson. Vincent was in his 20s when he went to work at Charley G’s. “That’s how I learned, by people teaching me,” Goodson tells ABiz. “Your children sometimes move on. ... We’ll miss him, but we’re happy for him, too.”

Goodson and his partners, Jody Ferguson and Mark Krampe, own Charley G’s, Social Southern Table & Bar and the Tap Room. With Vincent’s departure, they have promoted Charley G’s assistant manager, Justin Caldwell, to general manager. Eli Touchet, Social’s wine and spirits expert, will move over to Charley G’s as assistant manager. “There has to be upward movement or you lose your people,” says Goodson. “This is working out well for everyone.”