There are definitely more industrial properties on the market today, but the downturn is not the sole reason. 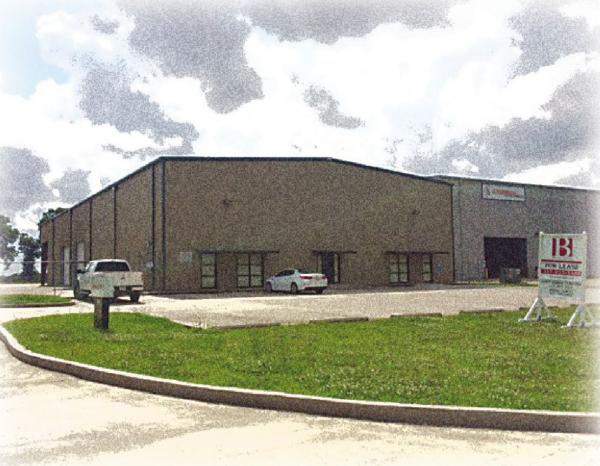 Spring is in the air and summer is right around the corner. This spring feels different for many Acadiana residents than last year, as low oil prices have equated to some local job losses and economic contraction. In June 2014, crude oil was selling for more than $110 per barrel and climbing, but by September, prices were sub $100 and destined to fall below $50 by January. Who would have thought a year ago that we would be happy just to see oil get back up to $60? That’s the fivemonth high we hit in early May.

As in years past, our phones were ringing, but for different reasons since last fall.

Instead of scrambling for rare and elusive warehouse space, clients and colleagues called to discuss what the future would hold. No one knew what the bottom of the cycle would look like or how long it would last. Fear of repeating the bust of the ’80s was top of mind. Thankfully, that has not happened yet. Job losses and cost-cutting measures by oil and gas companies have directly impacted Acadiana over the last six months, but it seems that the local economy has fared better than many expected in this downturn. So has the industrial real estate market.

Last fall, discussions of possible ballooning vacancy and distress in the industrial real estate sector were common within the brokerage community and with clients. We have had very slim vacancy margins and high rental rates throughout Acadiana since 2010 and were so product constrained, that many prospects that wanted to move into the market had to shelve their plans or build new facilities because quality, readily available space was scarce. That has changed, but not as signifi cantly as you may think. Drive around town and you will see more “For Lease” signs than in the past. I am regularly asked about the number of properties available, and I think there are some misconceptions that the market has shifted into tenants’ favor.

Admittedly, some properties are vacant because companies (not all energy related) have downsized and shed space. But some of the “For Lease” signs are in place because companies have vacated older/smaller facilities for newer/larger facilities. Expansion moves include local companies and majors alike. Major players like Halliburton and Newpark have moved some operations to new campus facilities in New Iberia and Scott respectively, which led to the disposition of seven older properties in Acadiana.

Of these seven properties, five have been absorbed (four almost immediately), and the remaining two have deals pending. That’s pretty solid absorption for a “down” market.

Speculative development is another factor. Typically regarded as the most visible sign of a booming market, new construction has been steady since 2010, but slowed down significantly in the fourth quarter of 2014. Luckily, most local developers were not overly aggressive and have been able to lease new buildings and not end up with significant empty inventory. In fact, there are only six brand new industrial buildings currently available for lease.

To better understand where the market is, let’s examine some high level data. Within Lafayette and the surrounding parishes (six total), there are 66 industrial properties available for sale or lease that are not occupied by an existing tenant or owner. The total square footage for these properties is only 766,401, for an average size of 11,612 per property. Of the 66 properties available, 38 of the buildings are smaller than 10,000 square feet, and only one of the properties is over 50,000, and that space is scattered in multiple buildings. That leaves 27 buildings from 10,000 to 50,000 square feet available for occupancy in the six-parish area.

The size of our industrial market is diffi cult to precisely quantify due to a high percentage of single tenant and owner/user properties, but I estimate the total industrial market vacancy to be approximately 3 percent. This figure indicates that the market is in a “landlord friendly” cycle and should alleviate fear of widespread distress. Although the numbers indicate a strong market, we have experienced a significant slowdown from a percentage perspective.

Reviewing data for the six parish area from 2014, I found that we averaged about 15 available industrial properties, totaling roughly 250,000 square feet for the year, so vacancy has tripled (in SF and percentage) in less than one year. In my opinion, the market adjustment has been good. Opinions vary on defi ning a balanced market, but most practitioners agree that 5 to 7 percent vacancy is healthy because there are space options in the market for prospective tenants and new construction costs are still viable in that range.

Overall, the Acadiana industrial market has fared well, certainly better than many feared in late 2014. What is in store for the rest of 2015 and 2016? Barring another oil price free fall, I expect things to continue on the same course, which means that vacancy should not fl uctuate up or down by more than about 1 percent. When oil reaches a state of full recovery, expect more new construction and continued low vacancy rates. Acadiana’s economic diversity was evident in the financial crisis of 2008, as the impact of the crisis was much milder than many prognosticators expected. This held true for industrial property owners in 2008, and I believe it will do so again during this downturn.