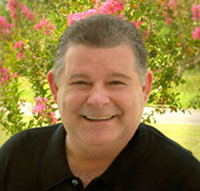 In 1970, Olivier began his career in broadcasting as a country music DJ at KXKW. Three years later, he took a job as the host of KLFY-TV's Passe Partout morning show, a post he held until retiring in 1995. He was also the host of the afternoon program Meet Your Neighbor. Olivier started Jim Olivier's Home Improvement Co., specializing in the insulation of windows and vinyl siding, in 1998 with his wife Anna.

Olivier was also an avid researcher of President John F. Kennedy and his assassination.