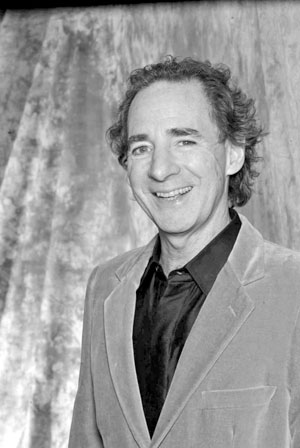 You know him as the Machiavellian Mr. Burns on The Simpsons and the gardening bassist Derek Smalls from the mock rock group Spinal Tap. In addition to his voice acting work (he’s the voice of more than 30 characters on The Simpsons) and well known mockumentary film collaborations with Christopher Guest (This is Spinal Tap, A Mighty Wind, For Your Consideration), Harry Shearer is also the author of three books, a regular columnist for The Huffington Post and the host of the weekly radio program Le Show. This Saturday, Shearer will be among the honorees at Lafayette’s iDiDx film and music festival’s awards ceremony beginning at 7 p.m. at the Lite Center. Shearer recently took the time to e-mail responses to a few pressing questions from The Independent Weekly.

We know you love spending time in New Orleans. Have you ever visited Lafayette or Acadiana? We’ve been waiting for a Cajun character to appear on The Simpsons.

Oooh, don’t wish for that. Our accents would be worse than they were for the Australia episode. I have been to Lafayette for Festival International, ate at Prejean’s, among other places, had a great time.
**
I guess it’s still probably sinking in that you’re actually going to be taking home an iDiDx award. Have you written your acceptance speech yet?**

No. I’m still busy looking up what iDiDx means. Until yesterday, I thought it was a format my DVD machine wouldn’t play.
**
So, you’re a mockumentary actor, cartoon voice-over artist, radio show host and activist. What did you have to do to convince your first agent to take you on as a client?**

My first agent solicited me. It was a children’s agent (formerly my piano teacher) who asked my parents if she could try to get me work. So I guess it was either my innate cuteness or the grotesque displacement of my pre-orthodonture front teeth.
**
Have you grown weary of people asking you to say “egg-salent”?**

No, because most of them don’t spell it that way.

Last year, Spinal Tap re-united to play the Live Earth concert to raise awareness about global warming. Has the band been making an effort to reduce its carbon footprint?

Yes, there’s virtually no carbon on any of the band members’ feet now.

You’ve cut spots for levees.org and have a running column on The  Huffington Post about New Orleans recovery issues. As a guy most people know as Mr. Burns from The Simpsons or Derek from Spinal Tap, what do you feel you can bring to the discussion about New Orleans’ flood protection?

Well, there’s a certain cohort of the population that will respond to anything I write or say with, “Why should we listen to you? Get back to doing cartoon voices.” But I’m a certified smart guy (credentials on request), and, as someone who loves the city of New Orleans and didn’t have to spend the last two years arguing with insurance adjusters and Road Home officials, I thought I should devote some of my energy to keeping the story alive. And, I have a microphone and a web base, so, if not me, who?
**
You recently had a column titled “Government floods city, then poisons  survivors,” which you then wrote would be the tabloid, but not entirely inaccurate version, of the New Orleans story to date. Even though it’s proven that the federal government failed to provide adequate levee protection and then disseminated toxic trailers to people who lost their homes, why do you think that narrative doesn’t register with most  people?**

I think it’s because the national media very early on adopted what I call the “template” of the story — i.e., natural disaster, mainly poor black people affected — and that’s still what most people in this country think they know about what happened here. It’s a very powerful force against which to contend, but its effect has been to sap the political will to do what’s necessary to make the citizens whole and to prevent a repetition. So it’s important to keep getting the message out there, I think.
**
What’s your measure of New Orleans’ recovery?
**
Because I come and go all the time, I do notice the little things — the replantings along Elysian Fields, the opening of a meat market in the Lower 9, the corner markets opening up in areas abandoned by the supermarkets, the houses all over town getting decked out in colorful new paint schemes. Absent an overall plan and large-scale efforts, these are the marks of what I think of as the nation’s largest-ever ground-up, grass-roots recovery. One more crucial element: the springing up of so many strong, smart, dedicated citizens’ groups in communities all over the city.
**
You’ve been a pretty scathing critic of media coverage on the government’s failures in New Orleans. Why do you think the media is often so quick to turn the spotlight away from New Orleans?**

The people who run the media are the real victims of attenuated attention span (a problem which they project onto the rest of us). Their quest for “ratings crack” — the big story to which the lion’s share of attention can be shown — means they always have to, in the loathsome phrase of the modern culture, “move on.”

For a complete iDiDx schedule, visit ididx.com. To comment on this story, e-mail [email protected]