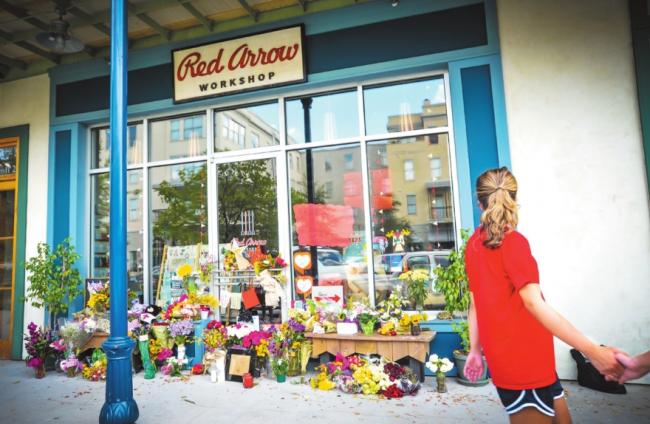 Like most in our community I have been struggling to process the shooting and its impact on the friends and family of all those involved, in particular the two women who lost their lives, Jillian Johnson and Mayci Breaux.

Like Jillian Johnson, I am a “doer” — I work hard to get things done — but I have been struggling to determine what I can do that will make a difference, that will change things. At the moment for me it doesn’t seem that there is anything we can do that will prevent these catastrophic events from occurring. For a “doer” that is frustrating.

One thing we do know is that the shooter suffered from mental illness. We have heard this story too often. The wife admits to “being fearful for my life” and “I removed all the guns from the home.” Friends and family members chimed in “we knew he had mental problems” or “he was a whacko.”

The debate over gun rights issues is not the only conversation we need to have. It is time to have a serious conversation about mental illness. Start by having a conversation with a friend, a neighbor or a colleague and you will hear stories of how mental illness has played a devastating role in people’s lives. My mother suffered with the disease. I have been sharing that fact the past few days with friends and close colleagues and of the 10 or so people I have shared my story at least half of them have similar stories.

The sister and brother who are estranged and isolated from the family, not because of the family’s lack of love but rather an inability to get them help or to “deal with them.” The sister who at the age of 52 committed suicide with a gun she also obtained legally. The brother who is paranoid schizophrenic and can’t stop the voices in his head — these stories are being told in our community.

Not everyone with a mental illness will commit the act John Russell Houser did. As a matter of record only a very small percentage will actually harm themselves or others. But going unchecked, undiagnosed and untreated this scenario will play itself out in another American city.

And while we are addressing the state of mental health we need to discuss how to handle making that information available when it comes to purchasing a fi rearm; your privacy should not trump my ability to sit in a theater, watch a movie and walk out alive.

These questions have been asked before the shooting, but now is the time for answers to be demanded:

Why was this man allowed to purchase a gun with a known history of mental illness?

Why are states not required by law to maintain a current database linked nationally that identifies individuals with a history of mental illness?

Why are Louisiana residents allowed to sell guns in person-to-person transactions and at gun shows without checking the mental health database or performing a criminal background check?

Would he have been stopped from purchasing the gun in Louisiana due to his mental health issues?

The stigma associated with mental illness also needs to be discussed. Most people who suffer from mental illness will never commit the act of violence Houser perpetrated on our community, but until the dots are connected in terms of the availability of guns to those with mental health issues, there will be other shootings connected to mental illness.

I am willing to do whatever I can to prevent that from happening. Are you?