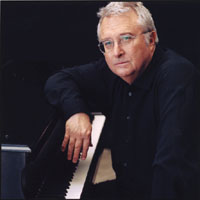 Sterling LeJeune remembers the first time Randy Newman played Lafayette. It was more than 30 years ago, and the Heymman Center for the Performing Arts was still known as the Lafayette Municipal Auditorium. The show was just on the heels of Newman's provocative 1974 album Good Old Boys, and the crowd applauded as he launched into "Rednecks." LeJeune remembers Newman stopping the song and saying to the crowd, "You are perverse," before carrying on with the rest of the tune.

The accomplished songwriter and award-winning composer rolls back into town on Monday, April 28, 7:30 p.m. for a solo performance at the Heymann Center, presented by The Performing Arts Society of Acadiana.

LeJeune has since seen Newman perform two more times throughout his career, with the last in an intimate performance at Baton Rouge's Shaw Center last year. LeJeune says, "He's just one of these guys who has the ability to observe and put it into words what so many of us can understand and relate to - and with a sense of humor. At first some might take offense to him, but if you listen closely you'll realize he's making fun of himself and everybody else."
_
The Independent Weekly_ recently caught up with Newman and talked with him about his work, his connection to Louisiana and his upcoming show. Read more about "The Bard of Barbs."