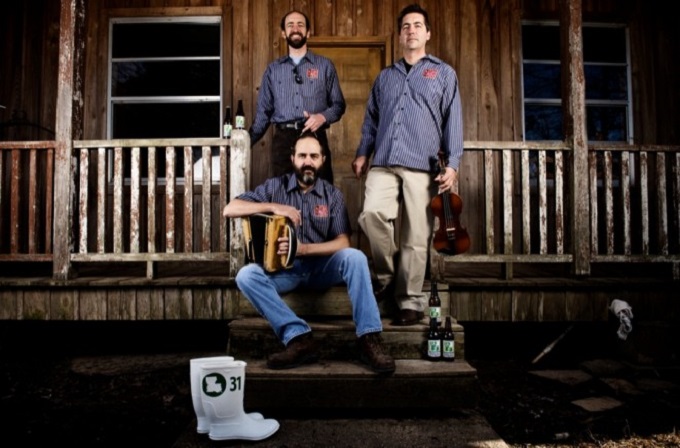 Arnaudville craft brewers Bayou Teche Brewing will rep Louisiana’s blossoming artisan beer industry as part of Sierra Nevada Brewing’s annual Beer Camp Across America. The program collects and celebrates beer makers from across the fruited plain in the spirit of collaboration in all things sudsy and impairing. As part of a Southeast regional team, Bayou Teche will partner with four other Southern brewers to create a cold one representative of our genteel beer-ways. According to Bayou Teche chief Karlos Knott, that means making a brew that doesn’t overshadow the multifarious and gastronomically superior Southern cuisine in flavor, and leaves ample room for prolific imbibing.

“Southern breweries are doing things very different than the rest of the country,” says Knott. “Our food is so good. We’re making our beer to go with our food. You’re not going drink a giant west coast IPA with jambalaya. We’re doing flavorful beers with less alcohol, which is pretty hard to do.”

Sierra Nevada is widely considered the grandpappy of American craft breweries. It’s popular pale ale is sold in quantities that could waterlog the moon and they’ve maintained a level of quality control that’s unsurpassed. Given that notoriety, it’s a significant step for a Louisiana beer company to be recognized by the craft brew kingmakers, especially considering Bayou Teche is the first Pelican State beer to participate in the annual Beer Camp brewstravaganza. As a region, the South has generally lagged behind the rest of the country in terms of craft breweries per capita, but has begun to catch up in recent years. States like North Carolina, which is contributing its Wicked Weed Brewing to Beer Camp, have fostered a craft brew insurgence by loosening distribution laws and providing tax incentives to big craft beer makers like Sierra Nevada and New Belgium. Both Sierra Nevada and New Belgium have opened satellite breweries in North Carolina.

It was at the new Sierra Nevada campus near Asheville, N.C. that Knott and four other Southeastern brewers met to get started on their offering to beer camp. Against the backdrop of what Knott refers to as “the Magic Kingdom for beer drinkers,” Knott and his counterparts brewed a test batch of an as yet unrevealed southern delight. The beer’s identity will be kept under wraps until next year’s release during a tour of brew festivals sponsored by Sierra Nevada, but he dropped hints of what it could be, making note of the connecting theme for the Southeastern brew team.

And creative the southern brew houses must be, particularly in Louisiana. According to Knott, Louisiana has some of the stiffest laws governing alcohol production in the country. Given that, the success of Louisiana breweries like Bayou Teche, NOLA Brewing, Tin Roof and Parish Brewing is remarkable. The binding agents here are lateral thinking and a less purist approach to beer.

That attitude has prompted Bayou Teche to produce some fascinating beer ideas, like Miele Sauvage made with Bernard’s honey or their upcoming Belgian trappist Bière Joie Ale, made with Mellow Joy coffee and chocolate, which will premier at the Great American Beer Festival in Denver, Colo. They’ve expanded distribution of their artful brews to several Southern states and Quebec. I suppose that means someone in Montréal is drinking an LA 31 Bière Pâle, eating poutine before a free consultation with his cardiologist.

Knott says their contribution to the southeastern Beer Camp brew will feature two Louisiana ingredients, made and purchased in the state. Once complete, the beer will be featured in a twelve-pack alongside brews by five other participating regions, representing the aggregated creativity of 30 total brewers. Each twelve-pack will feature two bottles of the unnamed Southeastern beer, will be widely available in stores nationwide by spring of 2016. That means massive distribution for small brewery like Bayou Teche.

"They're [Sierra Nevada] gonna brew more of this stuff than we can brew in an entire year," says Knott.