Elizabeth “EB” Brooks, who 10 years ago almost to the day co-founded the grassroots community group Save the Horse Farm, not only saved the pristine acreage from the hands of local developers but is also now running the show at Lafayette Central Park Inc.

“I am honored and excited to serve in this new capacity for our organization. It’s been an incredible journey to help harness the support, energy and ideas of thousands of citizens and our local leaders, first to save the park, then to design it and now to build it,” Brooks says. “We’ll need all hands on deck every step of the way, and I can’t wait to see the first shovels turning over next year. We’ll all be able to celebrate and pat Lafayette on the back for getting this great accomplishment done.”

It’s that enthusiasm and collaborative know-how that made Brooks the ideal candidate for the top position, says Lenny Lemoine, LCP’s founding chairman. “She’s earned it,” Lemoine says. “She’s just so focused, so passionate. It’s hard to find people with that level of commitment.”

While the current economy will make fundraising more difficult, it’s important to note that the project is ahead of schedule in that regard, Lemoine says. Construction on Phase 1A starts in the spring, focusing on the front half of the park, including the entrance area with the Farmer’s Market Pavilion and welcome center. Included are a running track, pond and wetland plantings, the lawn, a dog park, mini-golf, the entry drive, a new two-way vehicular bridge and pedestrian bridge over the coulee, a parking lot and forest trails.

Phase 1B is still being defined, Lemoine says. "With some luck, we're going to have, in 2017, a usable park. It likely won't have all of the elements, but it'll be a usable park."

"Obviously, everyone knows that the Horse Farm has been near and dear to my heart since the beginning," says City-Parish President Joey Durel. "I have enjoyed working with EB over that period of time, but have also enjoyed watching her as she matured from an idealistic student to now leading the organization, and dealing with the realities of what it takes to get this project done the right way for our community. Her passion and commitment to the project make her the right person for this new role.”

Coming full circle is about a sweet as it can be for Brooks, her fellow Save the Horse Farm advocates, and, especially, the Lafayette Parish community. 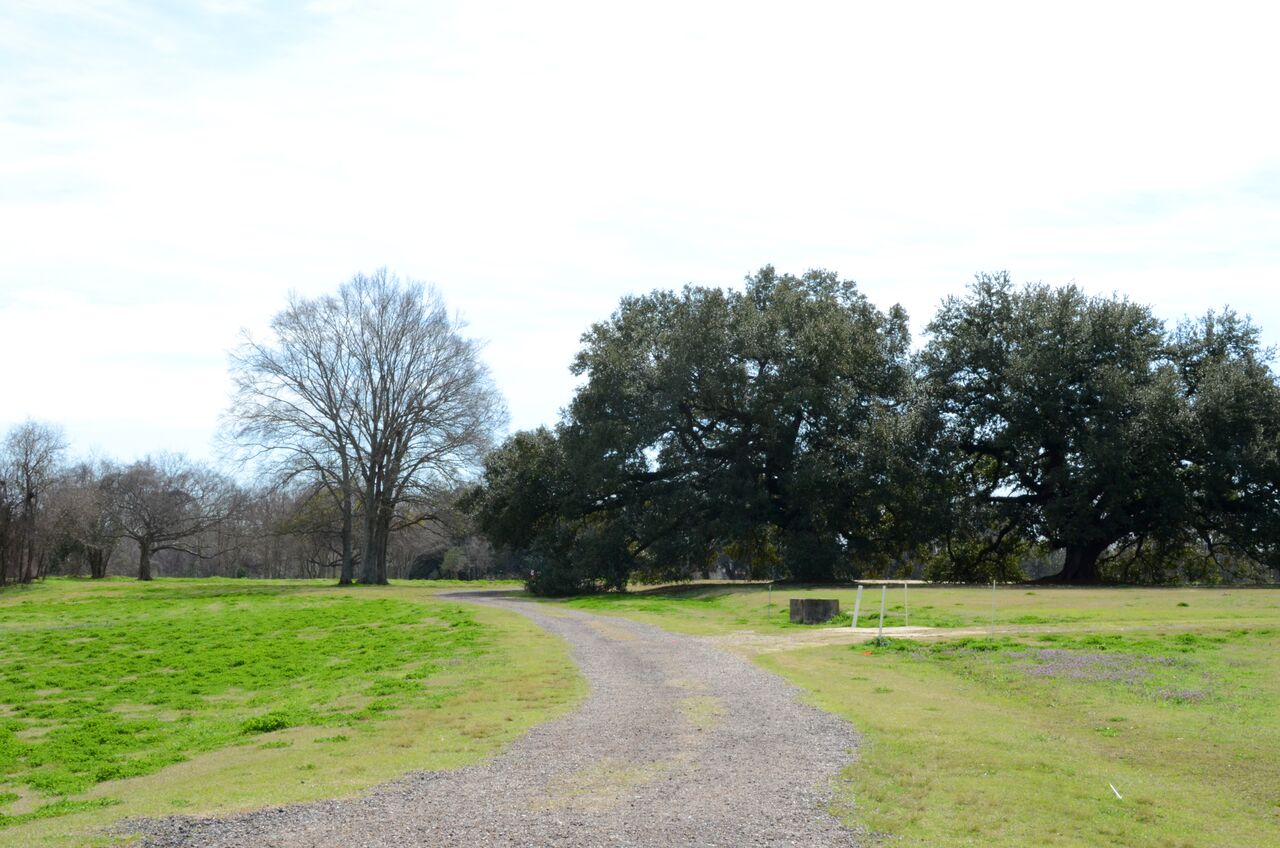 When the first story on the attempt to rezone the Johnston Street acreage first appeared in The Independent in 2005, EB, Danica Adams and their fellow classmates at UL, under the tutelage of the late Dr. Griff Blakewood, launched an effort to preserve the 100 acres owned by UL Lafayette. Working with local media and other influential groups, they helped defeat a troublesome land-swap that would have turned the property into a commercial development by utilizing yard signs, bumper stickers and online petitions. But they didn't stop after that initial success.

In 2006, The Independent named Brooks and Adams its “Persons of the Year.” Read more about them and the history of the Horse Farm here.

In the years that followed, Brooks and the “Save the Horse Farm” group campaigned local leaders and citizens, exploring ways to preserve the property as a public park, and the campaign continued to gather steam. But the key to making the park project a reality was the dual vision of Durel and incoming UL Lafayette President Dr. Joe Savoie.

By that time Brooks, who has bachelor’s degrees from UL in community sustainability and Spanish, was completing a year-long public policy program called City Hall Fellows within the city of Houston’s government framework. Additionally, she was working for Houston Mayor Bill White on several recycling and green purchasing initiatives, while also participating in the Civic Leadership Development Program, learning about the many challenges and opportunities municipal governments regularly face. She then went on to the University of Texas at Austin to pursue dual master’s degrees in community and regional planning and urban design, while working at UT’s Center for Sustainable Development. She then returned to Houston for a job as a planning and urban design project manager for the nonprofit BetterHouston, where she worked on the Washington Avenue Livable Centers study, collaborative efforts with downtown and several management districts and tax-increment reinvestment zones and the Complete Streets Coalition. She also organized an award-winning Better Block event.

While Brooks was in Texas, the Horse Farm project continued to take shape, and she and her group stayed involved. The City-Parish Council approved its purchase for $6.8 million from the university, and on July 28, 2012, the property was transferred to Lafayette Consolidated Government to transform into a 100-acre public park. The following January, Lafayette Central Park was formed, and a few months later Brooks came home to help coordinate the community’s vision for the park.

Brooks is a recent graduate of Leadership Lafayette class XXVII and serves on its programming committee. She is a board member with TRAIL (Transportation and Recreation Alternatives in Louisiana), serves as the chair of the Freetown-Port Rico Coterie, and was recently a member of LCG’s Unified Development Code Committee.