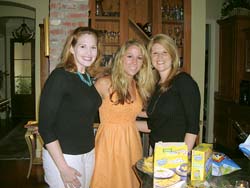 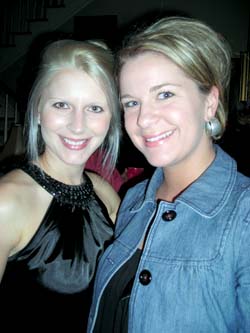 Does anyone recall Party Girl’s new charitable group of dynamite friends? Yes, you know the one — the Junior League ladies. In April, Party Girl was invited to another shindig; this time is was at Dr. Melanie Fowler’s home in River Ranch. I couldn’t figure out why the Junior League of Lafayette named this particular party “The Red Rooster,” but there’s only one way to find out. Let’s just say that I had so much fun welcoming and toasting the new active members into Junior League that I didn’t notice how many “red roosters” I had. The delicious drink featured in the Junior League’s fourth cookbook, Something to Talk About: Occasions We Celebrate in South Louisiana, is traditionally served at the festivities. Party Girl has to give a shout-out to my friend Emily Foreman for the hard-to-stop-eating black bean salsa. Next time Party Girl promises not to overdose on the salsa but focus on the rooster.

Who says you can’t have it all? Apparently you can rent Lafayette Square in New Orleans, celebrate your birthday with 300 of your closest family and friends, throw a crawfish boil and, oh yeah, get a portrait painted by George Rodrigue. On Friday, March 28, Richard Zuschlag celebrated his birthday in style. At the party, Richard was presented the portrait as a gift from his family and the senior management of Acadian Ambulance, who also jointly made a contribution to the New Orleans Museum of Art to help get it back on its feet since Hurricane Katrina. Dwight Breaux of Dwight’s Restaurant in Lafayette catered the event with loads of boiled crawfish with all the fixings. Richard Young with Event Rentals did a fabulous job on the lighting, tenting, tables and accents. Paper mache crowned alligators and balloons also topped the tables thanks to Lisa Breaux, a close family friend and creative genius. One of the highlights of the evening was David Pierce, president of Acadian Ambulance and best friend of Richard, and Blaise and Blair Zuschlag, sons of Richard, giving a birthday toast after the portrait was presented to the birthday boy. Jamie Bergeron and the Kickin’ Cajuns encouraged the guests into endless dancing.

Party Girl ought to mention another kind of celebration that took place the day after Richard’s birthday party. Richard’s daughter, Beth, was married to Ross LeBlanc, son of Ken and Faye LeBlanc, in St. Louis Cathedral in New Orleans. It was such a to-do that the buzz around the French Quarter was that it must be Brad Pitt and Angelina Jolie’s wedding. The City Park reception was fabulous as well, and closed with a huge fireworks display. Now that’s the way to get the paparazzi’s attention! Party On! — PG 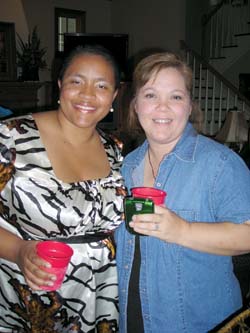 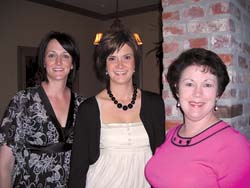 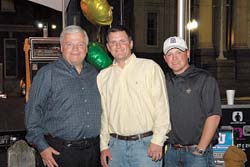 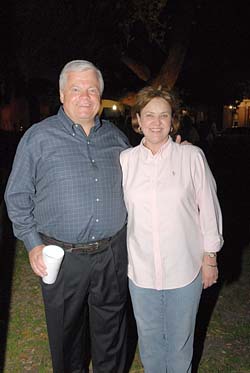 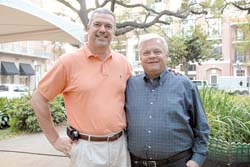 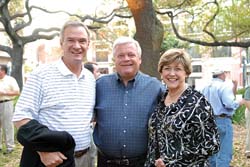 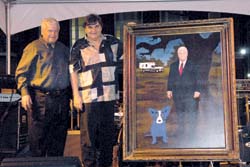 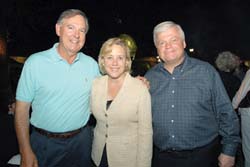 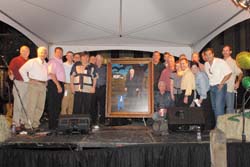