The power of social media in plastic surgery_

"There can be no bad pictures” just may be the mantra of a social-media influenced generation that’s perfected the selfie. The results: an increase in plastic surgery across the board from bigger booties to bigger lips. Doctors like local ENT/ plastic surgeon Jeffrey Joseph see a direct connection between some patients and social media pressures.

“Everyone wants the best picture possible. The pressure is on that you can’t take a bad picture. It makes people so much more self-critical,” Joseph says.

The proof is in the stats. According to a study from the American Academy of Facial and Reconstructive Surgery, board-certified plastic surgeons say they saw a 31 percent increase in requests for surgery as a result of how people wanted to present themselves on social media. That was 2013.

Since that year, the numbers have only grown.

It is estimated by the American Society of Plastic Surgeons that more than 55 million cosmetic procedures will be performed by year’s end, quadrupling the number of procedures in 2005. ASPS studies also show massive increases in several areas of surgery, including a 98 percent increase between 2013 and 2014 in buttock implants and a 44 percent increase in butt lifts. Since 2000 there has been a 111 percent increase in all procedures. One of the biggest increases overall has been Botox — between 2000 and 2014 there was a 748 percent boost for the injectable — and anecdotal evidence suggests younger women are seeking the wrinkle eraser. Joseph sees patients as young as their early 20s seeking Botox.

“There has been a huge rise [seeking cosmetic procedures] in the social media group of people — late teens and 20s — and I think it’s kind of interesting. People are more self-aware,” Joseph says.

Imagine walking through life with a constant mirror. Seeing yourself at dinner, the movies, out with friends, camping, at the beach, at your desk at work. Every moment reflected back.

How much more critical would we be of our faces? Such is life in the world of social media where the norm can easily become selfies and photos from friends that document daily life up close and personal. Add to that constant self-evaluation the onslaught of celebrity profiles on Instagram and Facebook showing off new procedures or images that have been Photoshopped to perfection — it’s an environment ripe for an increase in plastic surgery.

Psychologist Amy Cavanaugh says social media is all about image and agrees people have become much more conscious of how they look and how other people look. Both she and Joseph note the change from a world in which we were photographed only on special occasions to one that not only documents every step we take, but also blasts it out to thousands of “friends” or followers who are free to comment as they wish — good or bad.

“We are all photographing ourselves much more than ever. There was a time you would go out to dinner with friends and no one would ever know that, and now we take pictures and tag and post it,” Cavanaugh says. “Everyone is wanting to put their best face out there, and they want their physical features to be perfect.”

For Joseph it may sound like a small problem — more people seeking plastic surgery and other cosmetic procedures — but as with any doctor who is tasked with caring for patients above all else, he notes the importance of making the choice to have a procedure for the right reasons.

He says it’s important to be up front with patients about the results, and it’s paramount to talk to and counsel patients before they ever have a procedure — even if it results in a patient choosing to not have a procedure.

“Everybody needs to be up front,” he says. “Some patients are not mature enough. Some come in with parents and the child doesn’t do any of the talking and that’s a problem. I’m leery if the mom or dad does all the talking and the parents say what they want. We need to hold off or maybe we aren’t ready yet for it. Imagine if after I do this he or she doesn’t like it?” Joseph says the bottom line is people need to understand as they point out many celebrity features (some of which are the result of surgery) is that no one is perfect.

“You don’t have to do this to be beautiful,” he says. It may be easier said than done, and instilling that sense of beauty in girls, especially, starts young, Cavanaugh says. Her tips: limit social media, focus on the strength and function of the body, get girls involved in programs like Girls on the Run where they are getting physical.

“Also as mothers we need to be careful the comments we make not just about our own body and looks but others as well. Keep those positive and productive,” she says.

For mothers of boys, teach them to respect a woman’s mind and other qualities that aren’t physical, eliminate their exposure to pornography and its precursors and show them examples of women who are successful in different ways. 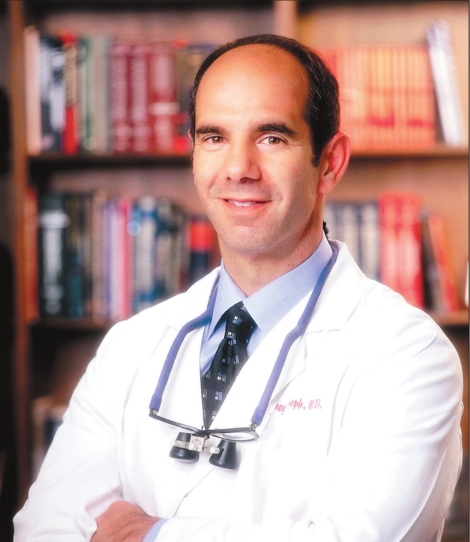