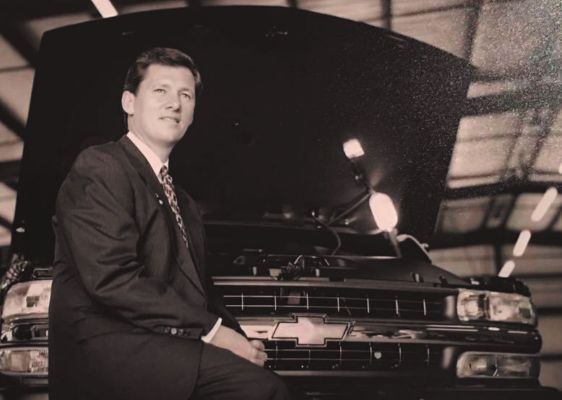 I first met Billy Navarre just over 30 years ago, within the context of the local TV station getting to know the new car dealer in town.

He was impossibly young (25, but even that seemed a stretch), and filled with bravado and humor as he relayed his vision to us. It was one of the most memorable first impressions I can recall.

A native of Welsh, Billy had been business manager for a Crowley car dealer and went deep into debt buying what could only be described as a disaster of an old-school dealership on Highway 90 in Sulphur. From that humble location he intended to not only conquer West Calcasieu but go toe to toe with a gaggle of very entrenched dealers over the bridge and a world away in Lake Charles.

He made it clear he intended to win and take no prisoners. As we drove off, we wondered if he actually had a driver’s license, if he was wearing a Garanimals suit, and whether he was the smartest guy in the room or the most delusional.

It didn’t take long to realize that Billy was the real deal and so much more — larger than life, a force of nature who would change the gray flannel Southwest Louisiana car dealer landscape forever.

Obsessively focused on training his employees and serving both his customers and his community, Billy never failed to acknowledge God as his co-pilot. As we watched his meteoric rise and eventual domination of the local auto category, including GM’s first granting of a second dealership in one market (this one in a plum location on Lake Charles’ I-210 loop), few people would argue against that business relationship.

For the first 20 years in business, Billy lived in modest fashion for someone so successful. He sunk his money back into the business and community, picking up Honda, Hyundai and Cadillac, and opening satellite businesses including certified used car lots, full-service body shops, and most recently, standalone tire, lube and wash centers.

The original Sulphur dealership is now in the rear-view mirror, replaced by a showplace close to I-10. His original 12 employees have grown to more than 300. Many Billy Navarre alumni have gone on to own their own businesses, with Billy as their mentor.

Billy Navarre has always been tireless and generous. Between coaching, civic and charitable pursuits, he donated countless hours and millions of dollars to support teachers, education, sports and Boys Village. There is no corner of Southwest Louisiana untouched by his hands-on, wallet-deep and heartfelt philanthropy.

Billy died Jan. 7 at the age of 61. He leaves an incalculable hole in the hearts of his family, friends, employees and community. Guys like him don’t come along very often. When they do, they change everyone around them forever. The businesses he built from nothing are now under the capable guidance of his oldest son Ryan. Billy planned for every contingency, including his own succession.

Billy is survived by his wife Carrie, five sons and a daughter. We’ll never know why someone like Billy Navarre gets taken away from us after only six decades, but he would be the first to instruct us to trust God’s plan. Billy’s legacy as a compassionate, smart visionary will live on.

Southwest Louisiana is a better place because of Billy Navarre. We miss him deeply, but we are all better for having known him.