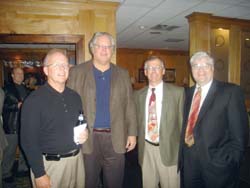 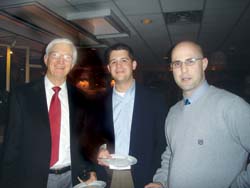 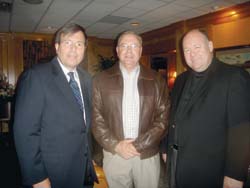 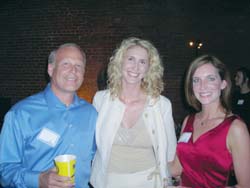 I was just meeting a friend for a cocktail recently at the Petroleum Club when I wound up crashing a Lafayette Parish Bar Association social. Lafayette Parish Bar Association President Miles A. Matt was there along with Charles Ziegler, the LPBA Secretary/Treasurer. Also in attendance were Wayne Shullaw, Julius “Will” Grubbs, Gary Kraus, Ed Abell, Kyle Bacon, Ryan Goudelocke and Larry Curtis. While it killed me to not be able to stay for a longer visit, Party Girl did have the chance to also chat with my friend John O’Meara, the general manager at the Petroleum Club. What a cool guy; you should all stop in and say hello!

Lafayette’s civic and business leaders braved the muggy weather not only to examine the positive growth of downtown Lafayette and consider future innovations but also to socialize and loosen their ties with a couple of cocktails. The Venture Downtown social was held on Wednesday, April 2; Downtown Development Authority, Acadiana Center for the Arts and Acadiana Outreach co-hosted the gathering. The event at the Outreach Center Campus on Buchanan Street was the perfect place to hobnob with elected officials. I took a trolley ride from the Iberia Bank parking lot to the center’s brick warehouse, and along the way a guide filled me in with all the history of downtown — what a creative addition to the event! With the humidity, I had a couple of drinks just to cool down, and thankfully there were plenty of delicious hors d’oeuvres on hand to keep me from getting too loopy. The food came courtesy of Pat’s Downtown, Tsunami, Café Bonjour, The Filling Station, Zeus, Agave, Pamplona, Guamas, Subway, Stan’s Downtown and Don’s Seafood. 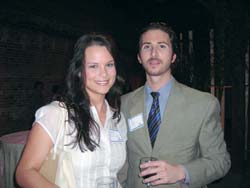 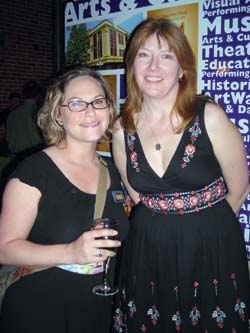 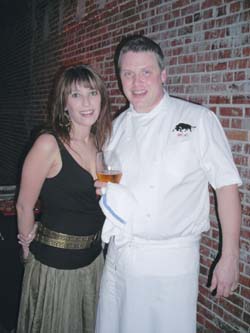 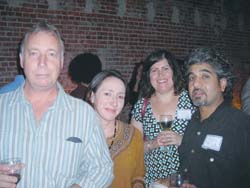 Peter and Margaret Wilby with Cathie Gilbert and Sanjay Kharod