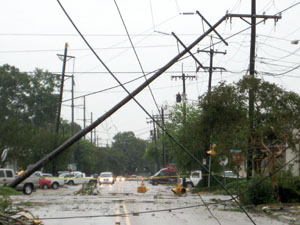 The National Weather Service says two storms that ripped through Scott and Lafayette's Oil Center this morning appear to be tornadoes.

Sam Shamburger with the National Weather Service in Lake Charles says there are reports of a tornado in the Oil Center and one near Scott that both struck between 6:30 and 6:45 a.m. In Scott, 20 homes are believed to be damaged, along with downed trees and power lines. In the Oil Center, there's structural damage to buildings, roofs were blown off, trees are down, and windows were blown out.

Eyewitnesses at the scene in the Oil Center say it looks as if a tornado touched down in the area between Travis and Audubon streets, as well as Heymann and Pinhook roads. Utility poles are down, and LUS crews are repairing them. The doors and windows of some buildings were blown out, as well as some vehicles.

"They both appear to be tornadoes," Shamburgers says. "We have one of our meterologists surveying the damage today." As of press time, Shamburger says that the storms weren't confirmed since the damage was still being assessed, but it appears likely that the damage is from tornadoes. 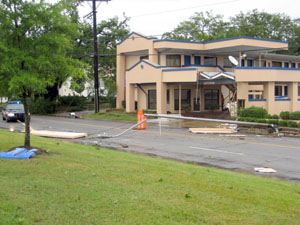 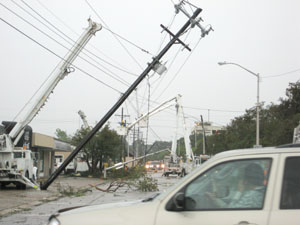 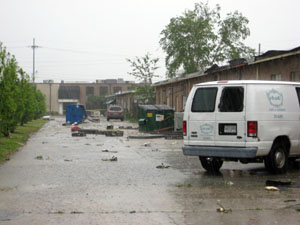 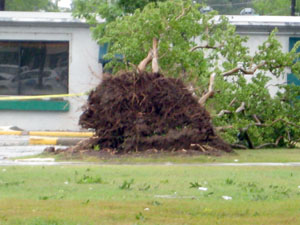 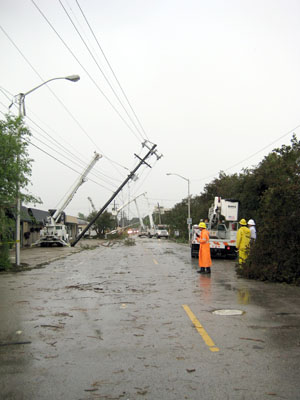 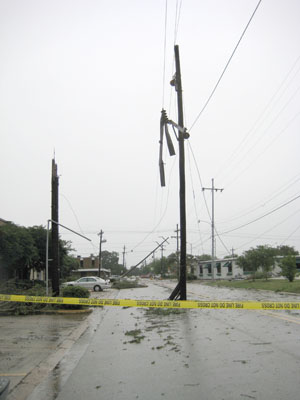