On Saturday, John Bel Edwards called Bobby Jindal the most irresponsible governor to ever serve - or dis-serve - Louisiana. If you know your history, that's a rather profound statement. Somewhere, Richard Leche must be smiling.

In the wake of Moody's Investors Service's credit downgrade to the state of Louisiana - not just the eight universities but the state, which impacts us when we borrow money - Treasurer John Kennedy has some interesting comments. Kennedy said he was assured the agency would give the state and new governor a chance and not move our rating for a few years. Really? Cause that's what you have done in John Bel Edwards' two months in office, right? You have given him and our fix to the budget a chance? Get your talking points straight. For a look at the implications of the downgrade, check out this Advocate piece.

If the US ends our embargo with Cuba, it would be a boost to Louisiana's economy. According to this piece, the port of New Orleans used to be the number one port for doing business with the land of grilled and pressed sandwiches. Opening up our trade could impact our economy via more agricultural and petrochemical exports and increased tourism. Don't tell Obama. He might just [shut this down](http://theind.com/LaLaLand/Just Fade Away, Fade Away-6148/) as it would only benefit us.

Here's a breakdown to the taxes that were passed through the House last week. There's also link to who voted for and against them - in case you are sharpening your pitchfork. Also, here's a piece that says it wont be enough. Keep grinding, guys.

Don't think Bobby Jindal failed us? You should read this about a project for IndyCar that Jindal thought would bring $100 million into the state. (If you already know how badly he screwed us, don't read it: you may not be able to handle it.) He put tax payer money into it and guess what? It was a bust. Further damning, during the process of funding it, funds for the developmentally disabled were cut so we could make the track a reality. Even worse, it drops this bombshell: "Every year, the state gives away millions of dollars of money just like this to events, projects with little analysis." Yes, we have a spending problem. Now, we have a tax to fix it. Want to fix it both? Vote them out.

The Daily Distraction: Saw it on the InterWeb, Must be True 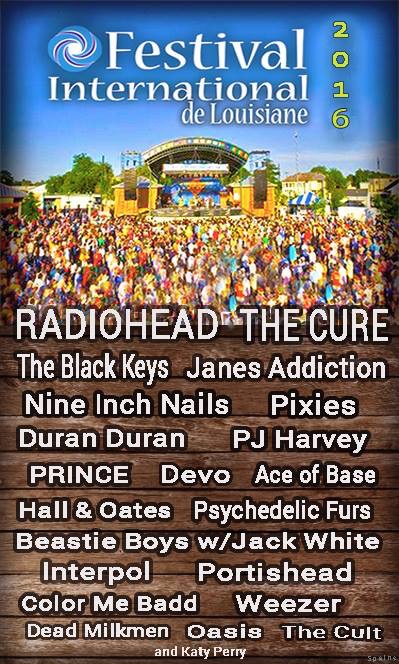